Astraea donor and former board member Robin Rosenbluth shares an anecdote about how her daughter and a personal note from Astraea’s former executive director, Katherine Acey, sparked her long-time support for Astraea. 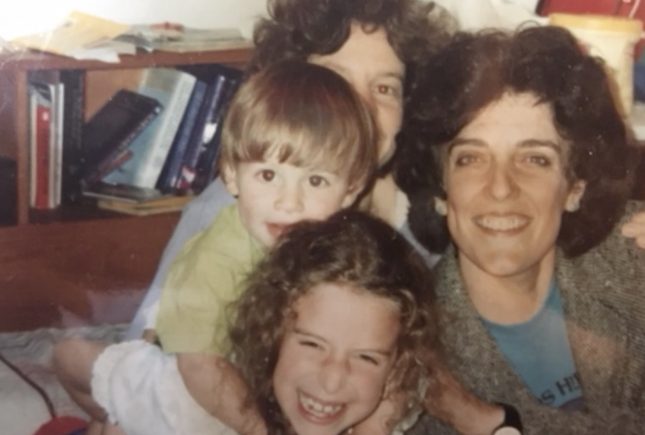 “I always knew that I wanted to change the world. I wanted to be part of a social movement. And when I found Astraea, I thought, ‘Wow, that’s pretty right. This is like the best thing since sliced bread.'”

Fundraiser Robin Rosenbluth served on Astraea’s board in the 90’s and has been an Astraea supporter for over 25 years.

In this video, Robin shares an anecdote about how her daughter and a personal note from Astraea’s former executive director, Katherine Acey, sparked her long-time support for Astraea.

At Astraea, every dollar makes a difference, whether it’s a one-time $5 donation or 25 years of monthly support. Join us.

I always knew that I wanted to change the world somehow. I wanted to be a part of a social movement. And when I found Astraea, I thought, “Wow. That’s pretty right. This is the best thing since sliced bread.”

One of the reasons I started to sustain Astraea by giving on a monthly basis happened 25 years ago. It really mattered to me that my daughter…I really wanted to inspire her to think about being philanthropic. And so she saved a part of her allowance every week. In December, we all sat around, I made hot chocolate and we looked at a lot of the direct mail pieces that came. And I would read some of them and say, “Do you want your money to go here? Do you want your money to go there?”

And when I read the letter from Astraea, right away she said, “Mom, I want the money to go there, because this is an organization that is helping my moms.” And so she wrote a little letter, and she put her $5 in an envelope and said, “Dear Astraea, I’m giving this money from my allowance to support my moms.”

Katherine Acey, whom at the time I hadn’t met personally, wrote a personal letter back. I know because I’m a fundraiser, how important it is to put a personal handwritten note on a letter or a thank you note. But this moved her, and that moved me. That changed my giving to to Astraea, it really did. It became my number one place where I would make a contribution, and for many years, I was a major donor.

I loved being a board member of the Astraea Lesbian Foundation [for Justice]. It gave me an opportunity to be involved in movement building. We were anti-racist, cross-class. It’s a gift to be able to build relationships with people who care about the same values that you care about.

Astraea has an unbelievable way of finding people who are barely even an organization, but an idea, and seeding them with some dollars that will help them to grow. Their attitude is, “We’re giving to the people who are leading their own fights, and we’re gonna sustain those fights.” The participation at Astraea and who they support is the way you would want society to be.

The battle is not gonna be won when I die, and it will go on. And I want my money to continue to make an impact which is why I give now because I feel like Astraea uses my money well, and I want the organization to survive.