Fawzia Mirza uses performance, personal storytelling, and comedy to break down stereotypes across a multiplicity of identities: race, religion, sexual orientation, and gender. 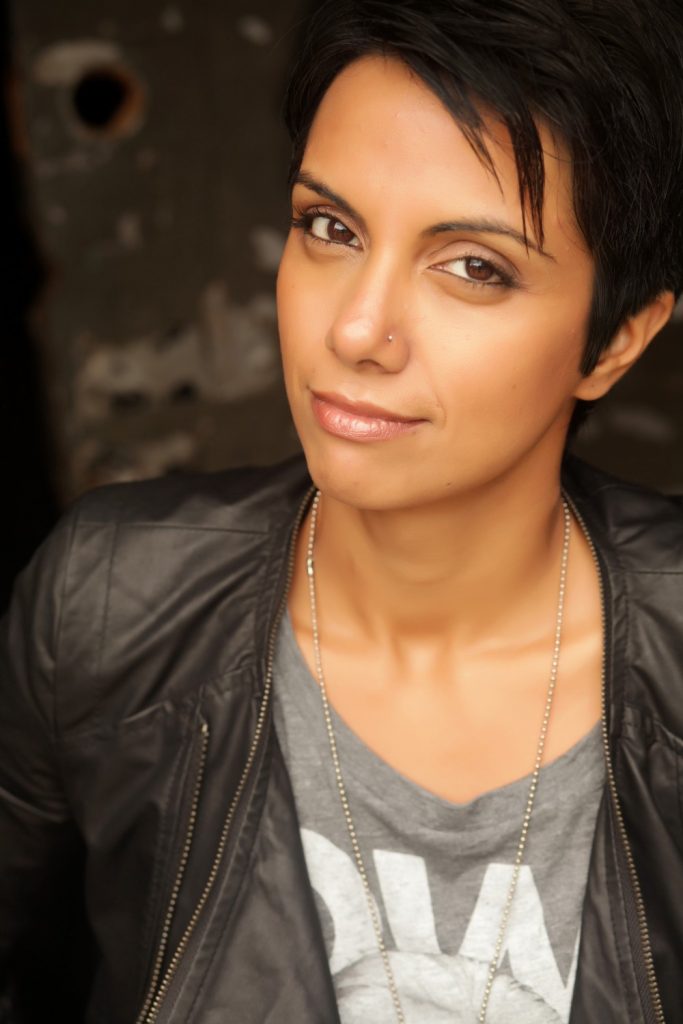 Tell us a bit about yourself: What’s your name? Where do you call home? How do you identify?

My name is Fawzia Mirza. Chicago is home. Los Angeles can be home. Asheville, NC can also be home. I identify as a Pakistani, Muslim, woman, queer and lesbian human.

How did you learn about Astraea?

I first heard about Astraea six years ago when I started connecting to the Chicago grants community while producing the documentary Fish Out of Water.

We’re thrilled that you became an Astraea donor earlier this year. Can you tell us something that contributed to your decision to financially support our efforts?

As an artist and a queer person, I have had to overcome a lot of creative, community, and financial hurdles to get to a place where I could grasp my identity, create my work, and harness my voice. When I got to a place where I have gotten stable and I received an artist grant from a Chicago organization, 3 Arts, it felt time to give back and support other groups doing work I admire.

You’re a writer and performer, who also has a background in law––we loved your in work Jen Richards’ Her Story. Kudos on the Emmy nod! What are you currently working on? How have parts of your identity, shaped your work?

I loved working on Her Story, it was beautiful creatively, changed my life, and gave me a group of friends I adore. I just finished filming my first feature film, Signature Move, which I co-wrote, -produced and am starring in. It will be world premiering at film festivals in 2017. The film was a Tribeca Film Institute All Access Fellow and received the Tribeca/Labodigital/Los Cabos Film Festival post production grant. We’re screening a rough cut in Mexico in November of the film as part of the grant! I have a short documentary, The Streets Are Ours: Two Lives Cross In Karachi, in post-production. You can see screenings of my newest short comedic film, Spunkle, all over the country including Reeling and Chicago South Asian in Chicago.

Coming out stories surrounding gender and sexuality are par for the LGBTQI course. At Astraea, we’re always interested in an additional type of ‘coming out’ narrative–those ‘lightbulb’ moments when a person becomes aware of the need for change, and their capacity to affect it.

I was performing my one woman show Me, My Mom & Sharmila in Pakistan last year. It was overall a life-changing experience for me. And I often either suffer from imposter syndrome or wonder, ‘Does anyone hear me?’ or ‘Does this matter?’ A young Pakistani woman who’d seen my show found me on Facebook and sent me a message. She said she came up to me after the show but was too scared to talk to me because if she opened her mouth she might cry; that she had been confused about her identity and her feelings her whole life, that seeing me on stage made her feel less crazy and less alone. She said she didn’t think she could talk to anyone about this. And that this was the first time she’d admitted it. And that she was coming out to me. That moment solidified in my mind why I do this work, that there is great capacity for change, even if for one human being.

Do you find that art and activism are intricately connected in your own life? If so, how?

YES! I call it ARTivism. There’s great power and awesomeness in art, comedy and storytelling as a way to reach people. Comedy is powerful in breaking down stereotypes across race, gender, sexual orientation, class, religion. I mean, if you can laugh with someone, the opportunity for connection and conversation is that much greater.

Feel free to share anything else about yourself regarding your connection to Astraea and your willingness to stay engaged with us.

Astraea has powerful, strong, beautiful voices within it. I feel grateful to be able to support in any way I can. I believe in manifesting the thing you want. Supporting Astraea means supporting a mission I believe in and supporting a community I want to be a part of.