This Intersex Awareness Day we are proud to announce our third and largest cycle of grants for the Intersex Human Rights Fund, after receiving the largest number of eligible new intersex-led applicants to date. 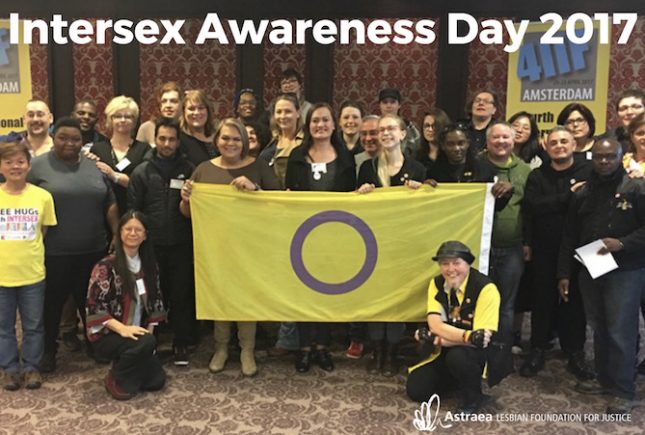 This Intersex Awareness Day we are proud to announce our third and largest cycle of grants for the Intersex Human Rights Fund, after receiving the largest number of eligible new intersex-led applicants to date.

The Fund’s third round of grantmaking totals nearly $300,000 USD in grants to 37 intersex-led groups in 28 countries. This year, it was exciting to see new intersex-led groups being formed and more proposals coming from the under-represented regions of Africa, Asia and Latin America. Many of the organizations are younger groups that represent the emerging international intersex movement. While the oldest group was founded in 1985, half of the intersex-led groups who applied to the Fund were founded in the last five years.

The first of its kind, the Intersex Human Rights Fund supports organizations, projects and campaigns led by intersex activists working to ensure the human rights, bodily autonomy, physical integrity and self-determination of intersex people worldwide. The Intersex Fund responds to the significant gap in funding for intersex issues by resourcing intersex-led activism, building the capacity of intersex groups, raising visibility and driving resources to the intersex movement.

Intersex activists continue to organize and be effective in their advocacy strategies that reject the pathologization of intersex bodies. Intersex-led initiatives, advocacy efforts, campaigns, research, support services and projects characterize this social movement that calls for recognition of the human rights violations and protections from such violations, discrimination and violence experienced by intersex children, adolescents and adults across the world. In the past year we have seen organisations and individuals:

We have also seen human rights and political institutions becoming more aware and inclusive of intersex human rights, but also more vocal about their support.

Groups like longtime Astraea grantee partner Iranti.org are using their grant to revive Intersex South Africa (ISSA). The grant will assist with registration, updating the archives and creating programs to connect intersex people in South Africa. Vivir y Ser Intersex (literally, Living and Being Intersex) is one of the 11 new groups to join this round of grants. It was initially founded as a blog with the purpose of creating original content about intersex in Spanish language, since a vast majority of content online is available only in English. They now aim to increase political pressure on the perpetrators of intersex genital mutilation (IGM), promote human rights and raise awareness of intersex and IGM practices.

From international human rights advocacy to art and cultural production, Intersex Fund grantee partners are engaged in groundbreaking work to promote the rights and dignity of intersex people around the world.

Learn more about the amazing organizations working to secure rights for Intersex people around the globe: