Celebrating a successful end to 2017!

Astraea is unrelenting in our commitment to gender, racial and economic justice. Here are a few of Astraea’s highlights from the final months of 2017. 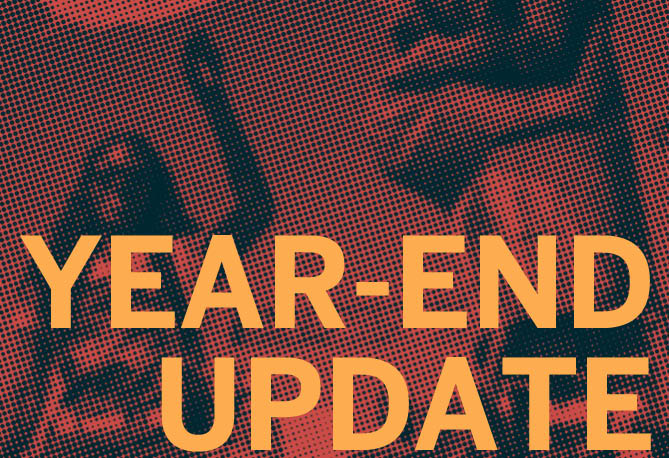 Astraea is unrelenting in our commitment to gender, racial and economic justice. As the first philanthropic organization working exclusively to advance LGBTQI rights around the world—we know we are called to build, sustain, resource and celebrate our people and movements. Here are a few of Astraea’s highlights from the final months of 2017: 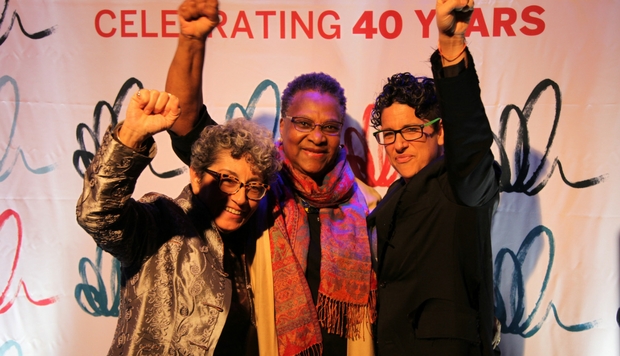 This November we celebrated our 40th Anniversary Gala in New York City with an evening of art, music, food and righteous community. Together, we honored leaders from across the four decades whose commitment, passion and work inspire others and meaningfully advance LGBTQI justice in our communities and around the world. We were proud to honor Ise Bosch, Kobi Conaway & Andrew Owen, Naomi Sobel, Katherine Acey, Indyra Mendoza, Joo-Hyun Kang and Nona Hendryx. Get inspired by the evening’s festivities here! 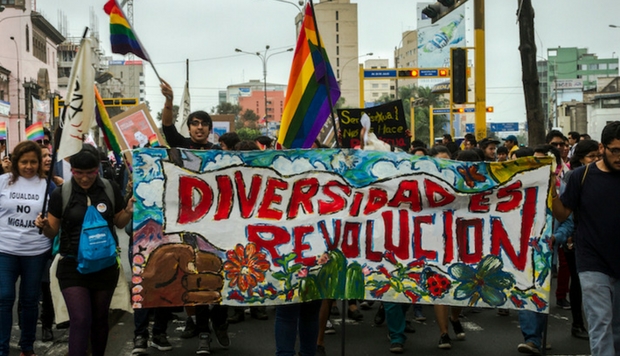 Granted over $36 million in four decades

As we celebrated our 40th Anniversary, we looked back at our grantmaking history. We’re proud to say that in our first 40 years, we’ve made over 4,500 grants to over 1,700 grantee partners in 99 countries and 48 U.S. states—that’s $36 million in grants that no one else would have granted in that way. With your help, we’ll be sure to reach $40 million in our 40th year! 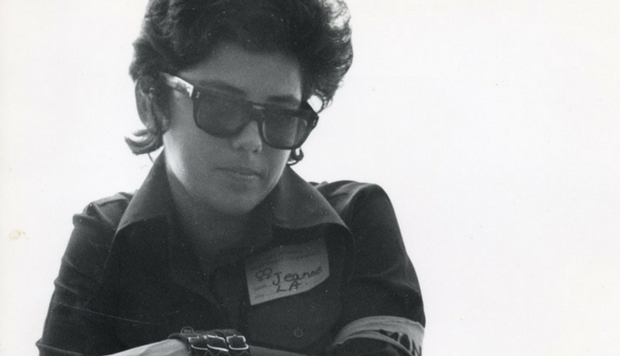 Astraea is honored to have made our first round of 14 grants to radical lesbian and queer feminist organizations across Latin America and Southern Africa through the Jeanne Córdova Fund. Through this fund we are able to anchor lesbian organizations in both regions, as well as emerging feminist, queer and gender nonconforming youth-led organizations. This all became possible after journalist activist Jeanne Córdova left an unprecedented $2 million bequest to Astraea in 2016 after vowing to leave half her earnings to her community. 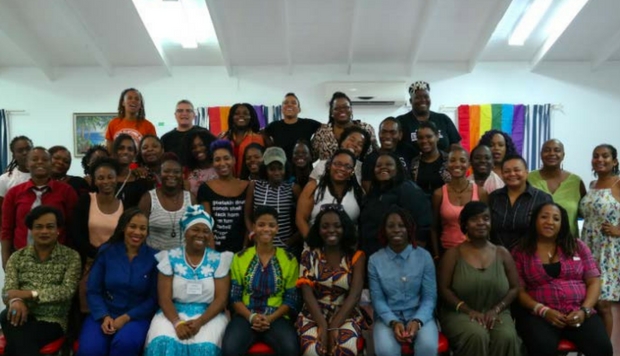 In recent months, members of our program team went on site visits to Lebanon, Palestine, Turkey and India, and also attended the Caribbean Women and Sexual Diversity Conference in St. Lucia. The site visits gave Astraea program officers the opportunity to deepen their understanding of the geopolitical context, funding landscape and the state of LGBTQI and queer feminist organizing in each region, as well as to deepen relationships with grantee partners, advisors and peer donors. 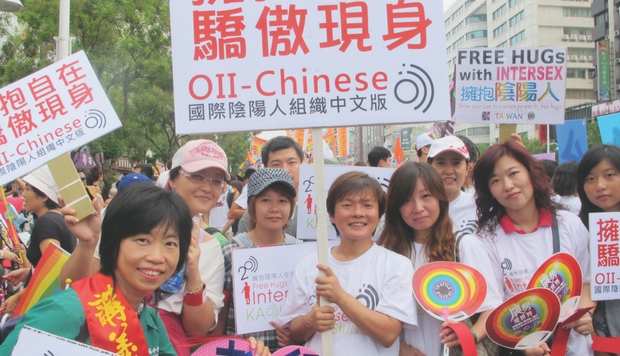 Reported on the state of trans and intersex funding

Together with Global Action for Trans Equality and American Jewish World Service, this October we released the findings of global surveys of intersex and trans organizations in 107 countries in two new reports, The State of Intersex Organizing and The State of Trans Organizing. Despite exponential growth in LGBTQI funding in recent years, intersex and trans groups continue to be deeply under-resourced, with more than half of trans groups and more than three-quarters of intersex groups reporting budgets of less than US $10,000. The release of these reports is just the beginning—we are now advocating with major government and foundation donors to step it up for intersex and trans communities in a big way! 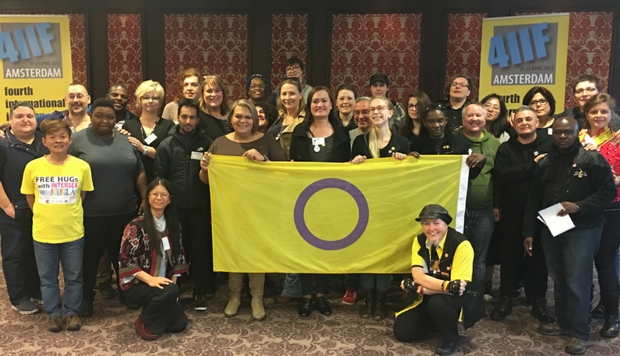 Made our largest cycle of grants supporting intersex organizations

On Intersex Awareness Day (26th October), we were proud to announce our third and largest cycle of grants for the Intersex Human Rights Fund, after receiving an unprecedented number of eligible new intersex-led applicants to date. The Fund’s third cycle of grantmaking totaled nearly $300,000 USD in grants to 37 intersex-led groups in 28 countries. Read more about our third cycle of Intersex Fund grantee partners here. 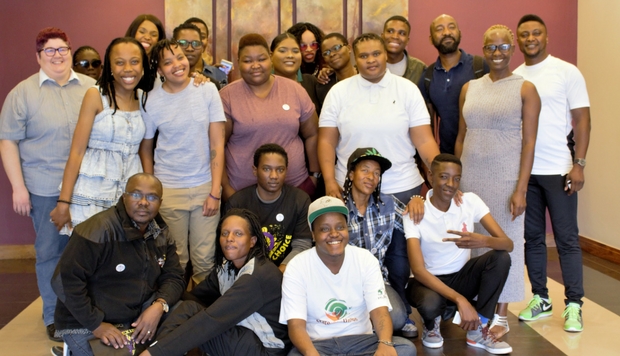 This November, we funded and helped host the first ever regional meeting of intersex rights activists from across Southern, East and West Africa in Johannesburg, South Africa. The meeting provided a rare and crucial space for discussion and network building for 22 intersex activists from different African countries. Participants released a public statement asserting their rights and autonomy as intersex people. 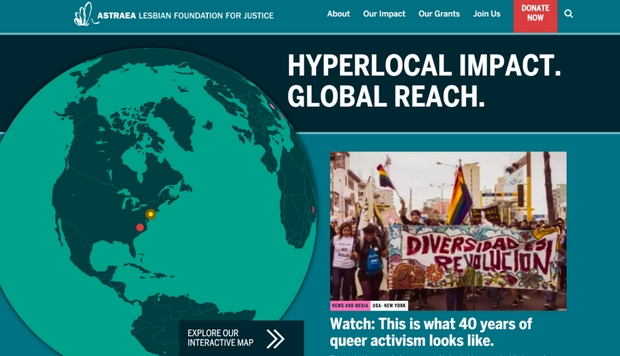 In October, we officially launched our new website! Featuring an interactive globe and stories about grantee partners and donors, the new website makes it even easier to learn about our impact, get to know our grantee partners, learn more about our history and our people, and stay up-to-date on Astraea news. Take it for a spin. 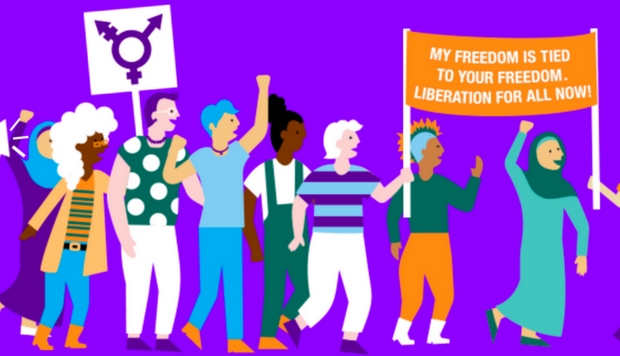 Photo: An illustration from our upcoming LBQ movement highlights report

Astraea and Mama Cash are partnering on phase one of the Philanthropic Advocacy for LBQ-Identified Women and Non-binary People Activisms project, which aims to create space for the articulation of a funding agenda for LBQ-identified women and non-binary people, to grow both the amount and quality of funding available for LBQ communities. In the coming year, we’ll be releasing a report highlighting some of the brilliant visions of freedom that LBQ activists are creating and will be engaging in formal research to track funding trends and gaps. Stay tuned!

Join us as we continue to support LGBTQI people and social justice in the coming year and beyond!