Women With A Vision’s mission is to improve the lives of marginalized women, their families, and their communities by addressing the social conditions that hinder their well being. 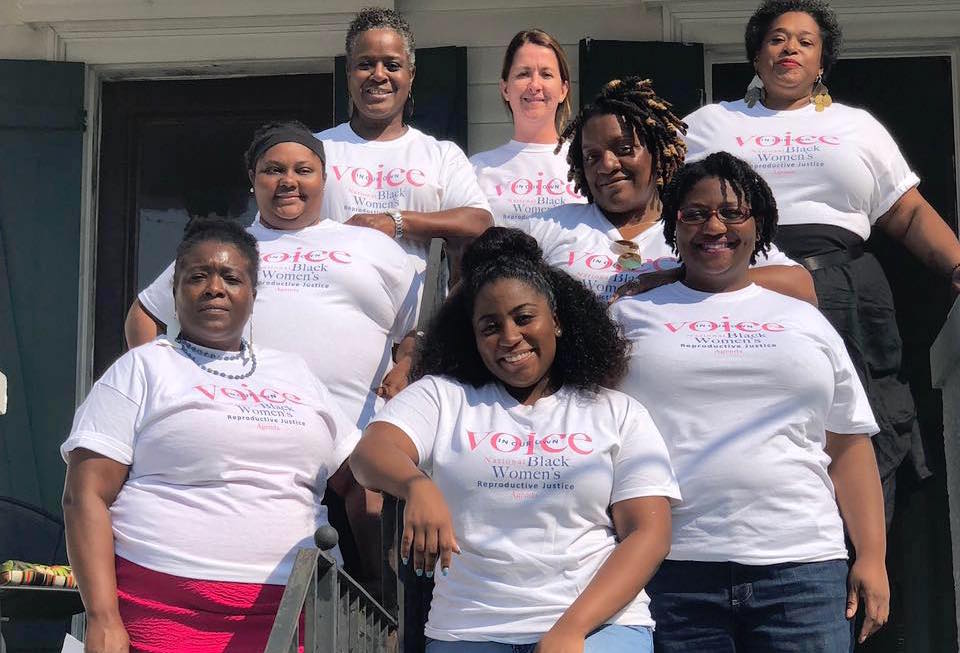 Women With A Vision’s mission is to improve the lives of marginalized women, their families, and their communities by addressing the social conditions that hinder their well being. They accomplish this through relentless advocacy, health education, supportive services and community based participatory research.

They envision an environment in which there is no war against women’s bodies, in which women have a space to come together and share their stories. A place in which women are empowered to make decisions concerning their own bodies and lives, where women have the necessary support to realize their hope, dreams, and full potential.

This organization is supported through the LGBTQ Racial Justice Fund, which is housed at Astraea. 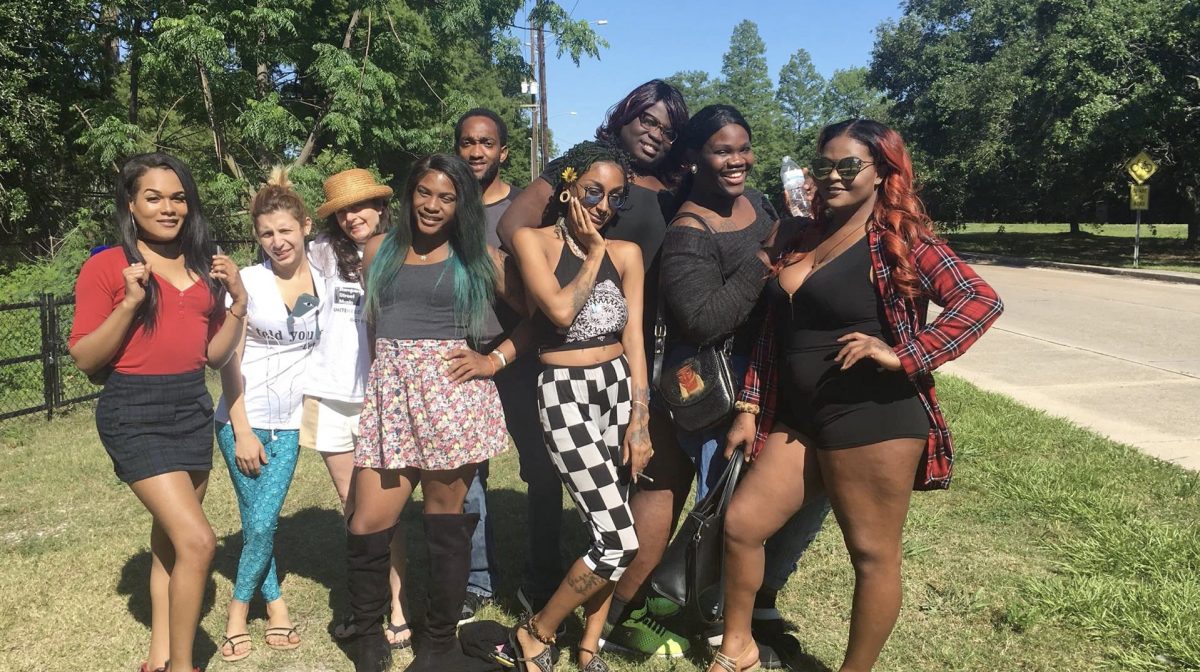 This week is a chance to witness the work that trans* activists are doing across the country.

You really gotta fight to hold onto who you are.
 Miss Major Griffin-Gracy
Former executive director, TGI Justice Project

November 20, 2015 marks the seventeenth annual Transgender Day of Remembrance, a day initially created to memorialize Rita Hester, an American trans* woman of color who was slain in her apartment in 1998. Since then, communities have gathered on November 20th for vigils to mourn, honor, and celebrate those lost to anti-trans* violence across the world.

Sadly, Rita’s fate has become an all too common reality. According to a TVT Project report, nearly 271 trans* individuals have been murdered in the past year alone, at least 29 of whom were based in the United States.

However, resiliency is often borne from such tragedy. 2015 has been a year of definitive strides for trans* and gender non-conforming communities across the world. In the last year and a half, Denmark, Malta, Colombia and Ireland joined Argentina in passing historic gender recognition laws, allowing people to self-determine their legal names and gender markers without rights-violating medical requirements. We are inspired by Astraea grantee partners who are highlighting the resilience and resistance of their communities, from Missouri GSA Network’s #LiftingUpLila campaign to Iranti-Org’s establishment of Africa Trans Visibility Day.

This Transgender Day of Remembrance allows us all an opportunity to celebrate and listen intently to trans* communities. Astraea stands in solidarity with trans* folks and recommits ourselves to supporting struggles for gender, racial and economic justice for all.

Several Astraea grantee partners are hosting Transgender Day of Remembrance events. This week is a chance to witness the work that trans* activists are doing across the country, give a gift to a trans*-led grantee partner in honor of our trans* heroes, or spread the word.

We are excited to announce a new set of grants made to 10 innovative organizations across the country through our U.S. Fund, under the thematic focus of Anti-Criminalization and Freedom from Violence.

“Know Your Rights” t-shirt developed by Streetwise and Safe youth.
We awarded $220,000 to 10 groups working on campaigns and policies that increase safety and end multiple forms of violence within LGBTQI communities across a range of issues. These include efforts around interpersonal and hate violence, domestic, family, and intimate-partner violence, as well as institutional violence. Many of the organizations funded under this thematic focus tackle institutional violence, such as policies that criminalize gender expression, sex work, and many other aspects of LGBTQI peoples lives, dignity, and livelihoods. We are deeply encouraged to see the diverse interventions this set of grantee partners is making in anti-criminalization efforts locally and nationally in the areas of immigration, prison abolition, sex work organizing, and homelessness. By bringing together these groups into a cohort, we expect to see fruitful collaborations among them in policy advocacy efforts specifically related to police accountability at the city and state level.

Invoking the rich cultural tradition of resistance in the South, BreakOUT! builds the power of LGBTQ youth to create a safer and more just New Orleans. 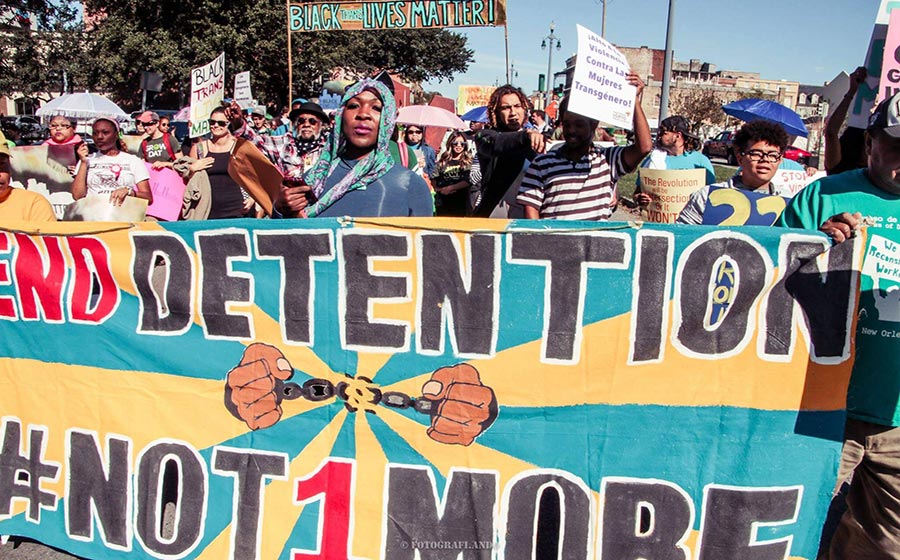 Invoking the rich cultural tradition of resistance in the South, BreakOUT! builds the power of LGBTQ youth to create a safer and more just New Orleans. Youth members produced a film “We Deserve Better” to highlight their experiences with criminalization and their demands to end discriminatory policing practices. As part of their broader “We Deserve Better” campaign, BreakOUT! secured groundbreaking language in the Proposed Consent Decree between the New Orleans Police Department and the Department of Justice that is the most extensive in the country to date and specifically prohibits profiling of LGBTQ people based on gender identity and sexual orientation. BreakOUT! has also maintained correspondence with those inside the notoriously violent Orleans Parish Prison. They recently published a report, We Deserve Better: A Report on Policing in New Orleans By and For Queer and Trans Youth of Color, in order to identify and move forward needed reforms. BreakOUT! continues to fight against laws that profile and criminalize their community members, and to build nationally with allies as part of the Get Yr Rights National Network.