A year of resistance and unity 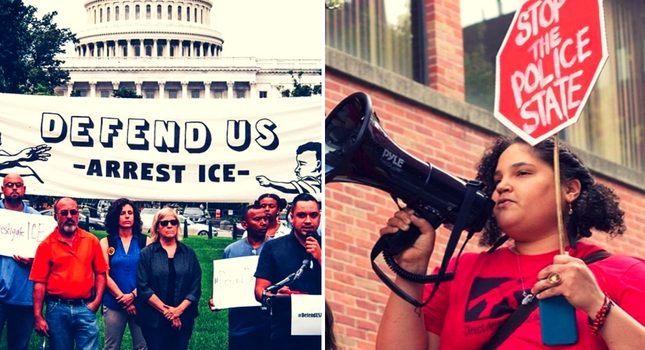 One year into this administration, there’s a lot to be concerned about. But let’s be clear—there’s plenty to celebrate, too. On this first anniversary of the Women’s Marches around the country, we find ourselves at a moment teeming with opportunity to continue carrying out the Uprising of Love I described one year ago in Washington, D.C.

We see the powers we’re up against and the lengths to which they go to keep us down: anti-trans “bathroom bills,” the Muslim ban, rescinding DACA, a tax bill that rewards the wealthy and punishes the rest of us, and sympathizing with white supremacists, just to name a few.

There’s no sign this administration will ease its hostility against our communities. Yet we are compelled toward freedom. Just as our foremothers resisted, so too are we. The rise of action, both spontaneous and planned, is strengthened by our interdependence as people. A future free of tyranny is not only imperative, but within reach now more than ever, precisely because we are creating ecosystems of resistance that are smart, effective, and unique. We are answering the call of this moment. We will win. And we will do so because of your support.

Over the last year, we fueled 33 groups in the United States with nearly $1 million in grants supporting anti-criminalization and migrant justice work. Groups like ten-year Astraea grantee partner PrYSM, who deftly organized across communities and secured the passing of the Community Safety Act, ensuring more transparency and less racial profiling by local law enforcement.

In response to the White House’s executive orders on immigration and policing, grantee group Mijente, in collaboration with Black Youth Project and Transgender Law Center, have successfully led a multifaceted campaign to expand the sanctuary conversation and pass local ordinances, including eliminating the use of ICE holds by local police.

Our grantee partnerships with groups like these underscore why we are meeting this moment with a renewed sense of urgency—and hope.

We’ve always viewed loving radically as a political act. Now, spontaneity coupled with organizing is allowing us to jump across borders and binaries that can so often conscript us and isolate us. The spontaneity of #MeToo and #SayHerName and #FreeMaria, paired with transnational organizing, access to new technologies, and a real sense of urgency, are opening opportunities that we’d be remiss to ignore.

All of this is why I have hope for the future—and why, even after a year under siege from a hostile administration, where every day may seem like not just an uphill battle but a struggle for survival, I still believe that our Uprising of Love is neither hampered nor ineffective. Rather, it is as strong and fierce and beautiful as the day when millions of us showed up in the streets to march and proclaim our commitment to love in the most radically honest way possible.

A year later, our fight continues. We couldn’t be happier you’re in it with us.

P.S.—You can help us fund this global Uprising of Love with a donation today. Every dollar helps!