The recent ruling of the Court of Arbitration for Sport (CAS) against Caster Semenya is not only a major setback for intersex human rights but reveals how intersex people—especially those who are Black and Brown—continue to be dehumanized and systematically excluded from all spheres of life, including sports. 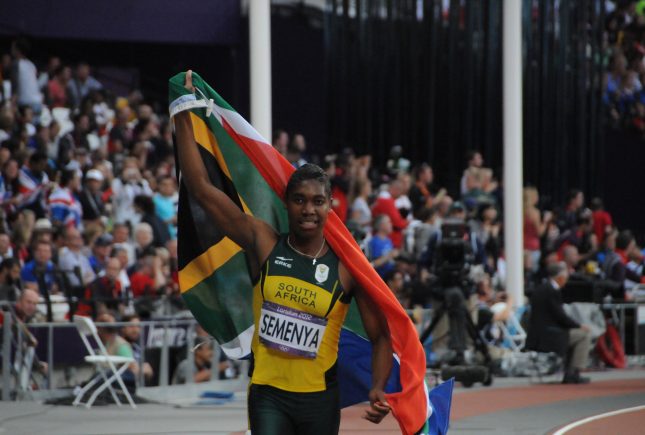 The recent ruling of the Court of Arbitration for Sport (CAS) against Caster Semenya is not only a major setback for intersex human rights but reveals how intersex people—especially those who are Black and Brown—continue to be dehumanized and systematically excluded from all spheres of life, including sports.

On May 1st, 2019, the South African Olympic athlete lost her challenge against the International Association of Athletics Federation (IAAF), whose new rules restrict testosterone levels in female runners.

As often happens, the news about the ruling and the ensuing media coverage revolved around medicine and testosterone levels—not the human at the centre of the ruling, her rights, her body and her life.

“Caster Semenya—a black African female athlete—has not only been barred from doing what she does best—running—but she’s been repeatedly stripped of her privacy, dignity and autonomy,” says Ruth Baldacchino, Astraea’s Intersex Human Rights Fund Program Officer.

“This is an appalling ruling, based solely on sexist, intersexophobic, transphobic and racist stereotypes. This is a serious setback for the rights of all the intersex, trans and gender non-conforming athletes competing in women categories, and may lead to similar regulations in other sports. What we are seeing is an ideological shrinking around traditional gender stereotypes instead of an honest discussion on the relevance of binary sex-segregated sports categories,” said intersex activist Loé Petit, who is a Program Associate for the Intersex Human Rights Fund at Astraea.

The ruling not only stigmatizes intersex people, but also fails to recognize the truth of what it means to be a competitive athlete—natural genetic advantages that set you apart to win. Advantages that are celebrated not regulated, be they cardiac capacity, lactic acid levels, etc. The fact that genetic endowment is not regulated in men’s sports goes to show that the IAAF ruling is an overt form of gender policing, and not at all an issue of sports justice.

“As a Black woman, Caster has been perceived as a threat by (white) athletes and sports governing bodies simply because she runs fast. There are countless discriminatory practices and human rights violations that have been committed towards many intersex athletes in the run-up to this ruling. We want to reiterate the demands of the global intersex movement for international, regional and national human rights institutions to take on board and address intersex human rights violations, and in so doing, find adequate solutions for redress and reparations in direct collaboration with intersex representatives and organisations,” says Baldacchino.

“Restrictive binary notions of sex and gender are systems set up to alienate LGBTQI people and tell us we do not belong; they are destructive to us all. But we will not be silent. We will not be legislated out of existence. Our bodies and lives are not open for debate or political opinion, they are a critical part of our lives and our liberation. Our response is to rise up in solidarity—to support the fiercest intersex organizations on the ground around the world fighting for bodily autonomy and the right to live life freely, with dignity,” said J. Bob Alotta, Astraea Executive Director.

For more information on the ruling, please read statements from our grantee partners Iranti and Intersex South Africa here.