Astraea and TGEU are proud to release a new report, Mapping Digital Landscapes of Trans Activism in Central Asia and Eastern Europe. 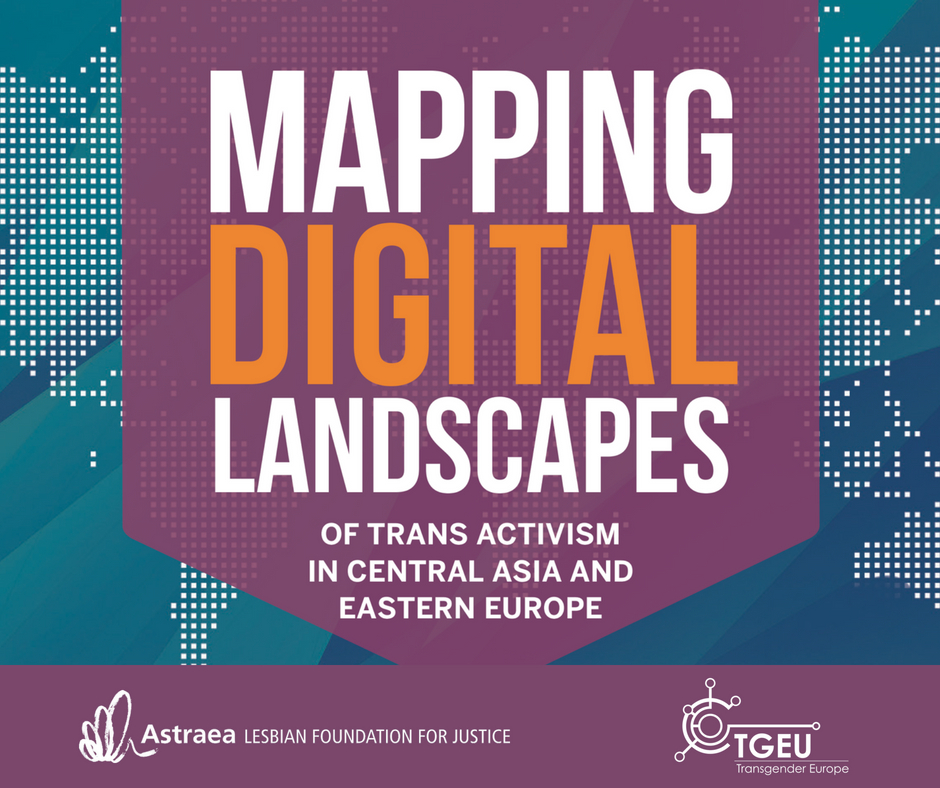 Astraea and TGEU are proud to release a new report, Mapping Digital Landscapes of Trans Activism in Central Asia and Eastern Europe. The report provides a regional overview of digital organizing by trans activists* in 26 countries of Central Asia and Eastern Europe (CAEE)**, emphasizing shared patterns of digital usage, barriers to free and safe use of the internet, and resistance strategies to homo/transphobic-motivated censorship, surveillance, and online attacks. It also presents recommendations for funders and tech communities, social media corporations, and government entities.

In CAEE, trans lives are endangered not only by homophobic and transphobic legislation, but also by governments seeking to exert stricter surveillance over civil society by controlling and monitoring internet usage. Restrictions on internet freedom have a disproportionate effect on trans communities in the region who rely on the internet for their activist, personal, and professional lives, making it a critical tool for connecting and movement building.

Trans communities in the region are resisting these challenges using digital tools in creative ways:

“With the growing importance of digital organizing for trans movements coupled with crackdowns on internet freedom and civil society, there is an urgent need to invest resources in trans movements in CAEE,” says Mariam Gagoshashvili, Senior Program Officer at Astraea Lesbian Foundation for Justice. Investment in digital infrastructure alongside funding of trans-led groups is crucial to supporting the continuing fight against oppressive power structures and essential for the human rights of trans people in the CAEE region.

P.S. Mapping Digital Landscapes of Trans Activism in Central Asia and Eastern Europe is part of a wider series of Astraea’s country-specific research reports mapping out the landscape of political, economic and social conditions for LGBTQI activism around the world. To read reports covering other regions of the world, including Southern African and Latin American countries, please visit our publications section. This is the first report to focus exclusively on the state of digital organizing and LGBTQI activism.

*In this report, the term “trans activists” refers to trans people who are actively working towards empowering trans communities and fighting for trans rights either in formal structures such as trans rights NGOs or LGBTQI NGOs, or in less formalized settings such as initiative groups, or as individual voices visible and known to trans communities within their respective countries.