Join us in Los Angeles May 25th for Fueling the Frontlines! 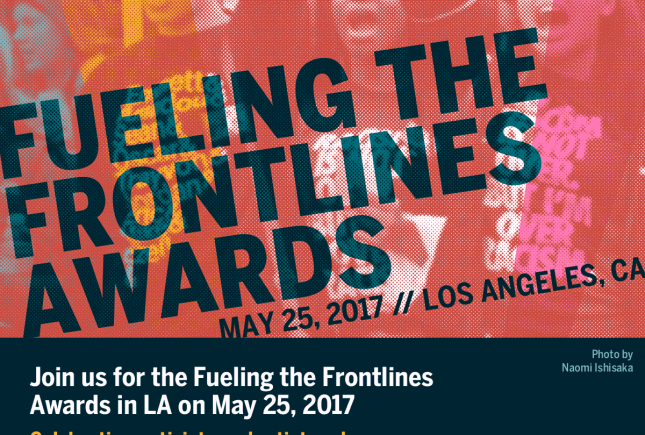 The Astraea Foundation and our Host Committee invite you to a powerful night of art, music, cocktails, food, and friends. Join us Thursday, May 25, from 6:30 to 9:40 pm PST at Ace Museum in Los Angeles, California as we honor the frontline activists and cultural changemakers who are leading the new era of #resistance.

This year’s luminary honorees include:

Together we will celebrate these leaders whose commitment, passion, and work inspire others and meaningfully advance LGBTQI justice in our communities and around the world.

Read more about the honorees and buy tickets on our website. Don’t miss these inspiring movement leaders. Get your tickets now!

Your purchase supports Astraea’s endeavors to provide critical resources to LGBTQI grassroots activists and organizations across the globe.

Can’t make it to Fueling the Frontlines? Still want to play a critical part? Sponsor a ticket so that a community member can attend.

Thank you for fueling our movements!

The 2017 Fueling the Frontlines Host Comittee