We are nearly a week away from Astraea’s Fueling the Frontlines Awards in sunny Los Angeles, California! 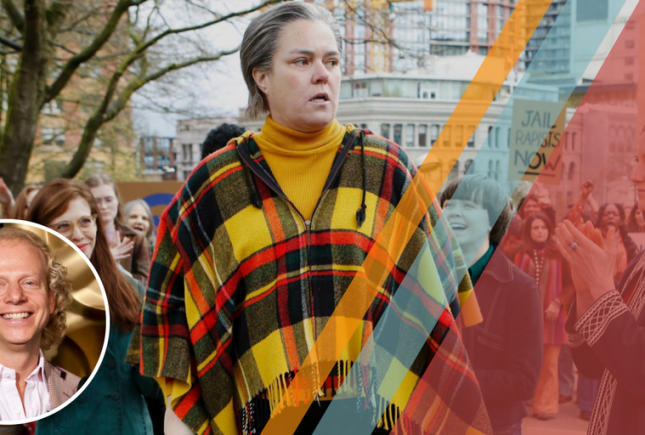 On May 25th, 2017 at the Ace Museum, Astraea will honor the frontline activists who are leading the new era of #resistance: Patrisse Cullors, Jennicet Gutiérrez, Bruce Cohen, Jorge Ramos, and Paola Ramos.

The night will also feature a special ensemble performance from Octavia E. Butler’s Parable of the Sower: The Opera, co-authored by Bernice Johnson Reagon and Toshi Reagon––a production that was made for times like these!

Have you made plans to spend a memorable evening with us? If not, a limited number of tickets are still available. Get yours today.

Today, we excited to introduce you to 2017 Fueling the Frontlines honoree Bruce Cohen, who passionately believes in the intimate stories behind our queer liberation.

Academy Award-winning producer Bruce Cohen is renowned in Hollywood for producing nuanced films about everyday people, including our LGBTQI movement forbearers. In addition to an Academy Award win for American Beauty in 2000, Bruce was nominated in 2009 for his work on Milk and again in 2013 for Silver Linings Playbook. Milk, directed by Gus Van Sant and written by Dustin Lance Black, tells the story of Harvey Milk, the celebrated gay rights activist who became the first out elected official in California, thus paving the way for queer civil servants across the country.

In 2017, Bruce once more teamed up with Black on Black’s creation When We Rise, an epic television miniseries that tells the story of the first forty years of queer movement building in the United States. From Cleve Jones and Roma Guy to the Daughters of Bilitis and ACT UP, our community’s history is dramatized in six episodes that are masterfully staged by some of the greatest LGBTQI directors––including Astraea grantee partner Dee Rees (Pariah, Bessie) and Van Sant.

Join us in honoring Bruce for his commitment to queer artistic collaboration and his championing of on-screen resistance on May 25th.

Get your tickets today.