Astraea honors the women leading us to our liberation!

Today on International Women’s Day, we celebrate the Black, Indigenous, POC, migrant, lesbian, bisexual, trans, interse and queer women who have and continue to work to free us all. 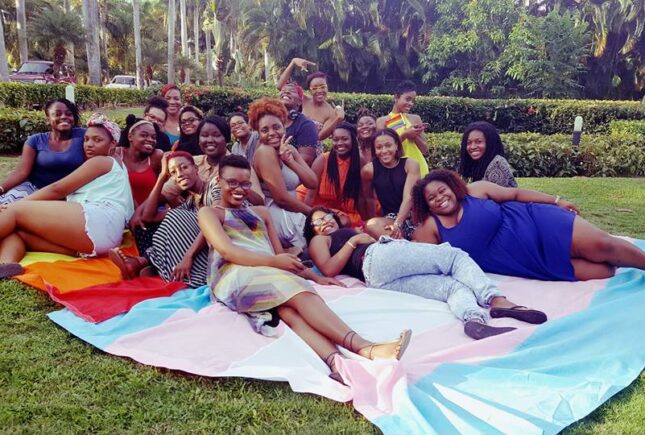 “I am not free while any woman is unfree, even when her shackles are very different from my own.” – Audre Lorde | Black feminist writer, member of the Combahee River Collective, and Astraea Sappho distinction awardee

Today on International Women’s Day, we celebrate the Black, Indigenous, POC, migrant, lesbian, bisexual, trans, intersex and queer women who have and continue to work to free us all. These are the women leading powerful, intersectional grassroots movements; imagining a world free from policing, surveillance, and criminalization; building a culture of collective care, solidarity, healing, and joy. These are the women leading us to our collective liberation.

In recognition of this day, the Astraea office is closed, giving our staff an opportunity to rest and reflect on theirs and so many others’ contributions to feminist movement building around the world, and celebrate how far we have come. Astraea was founded in 1977 – only three years after and intricately tied to the founding of the Combahee River Collective – by a cross-class, multi-racial group of women activists. Our original purpose was to fund a burgeoning national women’s movement that was inclusive of lesbians and women of color, and in doing so the organization became one of the first women’s foundations in the world. In 1990, we officially “came out” as a lesbian foundation. Today, we are the only multi-racial, multi-gender philanthropic organization working exclusively to advance LGBTQI rights around the globe, we are 1 of only 2 funders giving more than 10% of our funding to trans organizing, and we sit at the nexus of more than 40 years of feminist grantmaking and movement building.

“From the minute that we were founded, from the minute that people sat at a table together, before we even could imagine what we were going to be, the understanding was it had to be inclusive. The recognition of intersectionality before the word was even out there was a given for us,” shared Astraea founding mother Achebe Powell in a 2018 interview.

Our feminism is expansive, and is deeply rooted in and guided by the leadership of Black, Indigenous, People of Color, Global South, migrant, and trans and intersex-led movements. Our feminism is proudly radical, it is disruptive, it is intersectional, and it is inclusive of all who are fighting for a future free from injustice and full of joy.

In Solidarity,
The Astraea team

P.S. Check out our video on grantee partner GALANG’s work advocating for queer women’s empowerment and inclusivity in the Philippines!