It’s up to all of us to challenge this anti-LGBTQI agenda and defend the dignity and access to education of transgender, gender non-conforming, and intersex youth across the country. 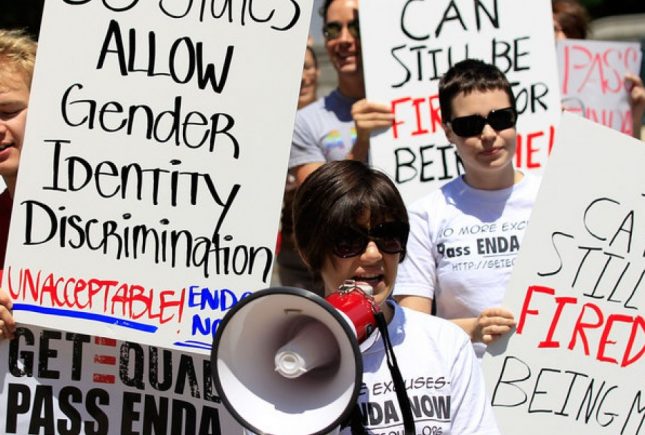 It’s up to all of us to challenge this anti-LGBTQI agenda and defend the dignity and access to education of transgender, gender non-conforming, and intersex youth across the country.

New York, NY – Today, this administration moved to rescind federal guidance barring discrimination against transgender students and ensuring they have access to the restroom consistent with their gender identity. Following this news, J. Bob Alotta, Executive Director of the Astraea Lesbian Foundation for Justice issued the following statement:

“Today’s attack on the human rights of LGBTQI students — particularly transgender, gender non-conforming and intersex students — will be met by an equal show of resistance by all communities impacted by this indefensible action. It’s up to all of us to challenge this anti-LGBTQI agenda and defend the dignity and access to education of transgender, gender non-conforming,and intersex youth across the country. As this administration enacts harmful policy against the LGBTQI community, it becomes more important than ever that philanthropic organizations like Astraea fund the invaluable work of LGBTQI grassroots organizers, who work to defend the rights of all LGBTQI people.

“These protections were put into place to ensure the safety of transgender students. Today’s decision actively harms the people who are most vulnerable to violence and the administration should immediately reverse course. Discrimination doesn’t belong in our schools or in our society. Everyone should have the freedom to express their gender identity without fear, retribution or risk of violence.”

The Astraea Foundation just launched a new fund to help respond to the critical needs within the LGBTQI community in the United States, the Uprising of Love Fund. For 40 years, we have been the only philanthropic organization working exclusively to advance LGBTQI human rights around the globe. We support brilliant and brave grantee partners in the U.S. and internationally who challenge oppression and seed change. We work for racial, economic, social, and gender justice, because everyone deserves to live their lives freely, without fear, and with dignity.