Interconnected UK (iCon UK) was officially registered as a charity in January 2020. It began as a group called “Intersex and Allies” which has been operational since 2018. The group was formed when members of existing intersex-led groups forming an alliance, with an aim to provide a peer-support space and guidance space for families and the public. At the heart of iCon UK’s core belief is the positive representation of all intersex people. iCon UK represents the interests of people born with intersex traits/variations of sex development and diverse or differences in sex development (DSD). We do not use just one term, as we know each carries its own purpose and community – our goal is to provide peer support; advocate for better protection, human rights, and to educate society towards understanding and acceptance.

IntersexUK is a volunteer-run organization led by two intersex women. It was founded in 2010 to prevent irreversible medical and surgical abuses being inflicted on intersex bodied children. 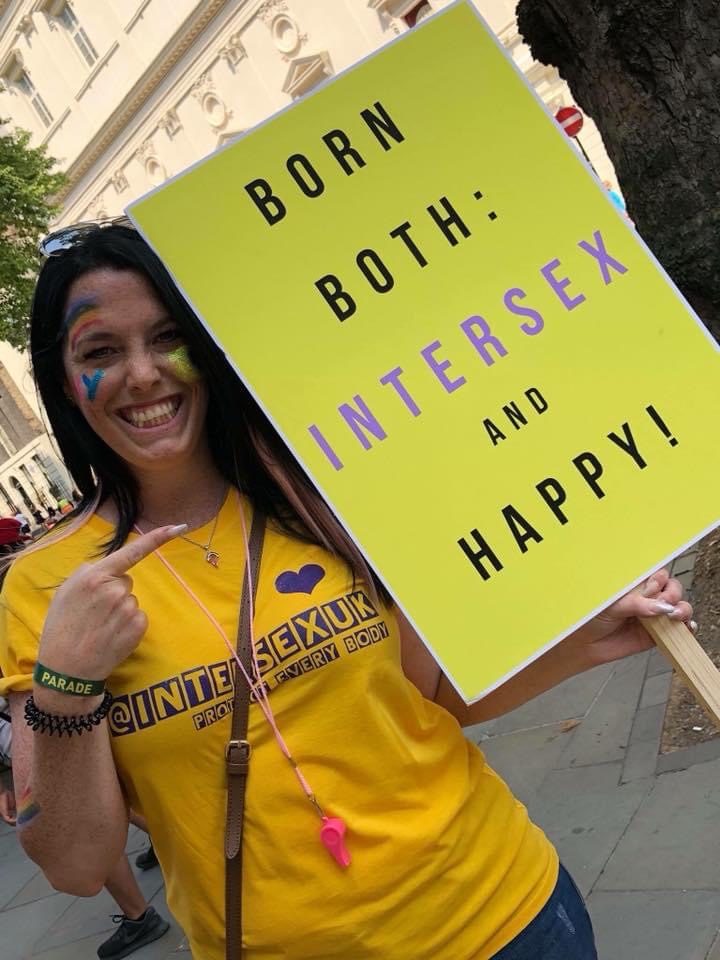 IntersexUK (iUK) was Co Founded by two intersex VSC women, Holly Greenberry and Dawn Vago, with advocate support  in 2010 (Holly and Dawn are parents also). iUK has grown over the last 12 years. The team now includes Jeanette (Uk’s most senior public intersex speaker and activist), and Joe (who was the UK’s youngest Intersex person to speak out publicly). All of the iUK team have a strong ethos and focus to also engage and work with independent intersectional intersex people and support creating spaces for intersex / VSC  inclusion and voices.

The key focus of iUK’s work is to deliver fact, testimony, demands and consultancy with a focus on legislation and policy by means of expert education. iUK have consulted and reported as lead stakeholders in cross party settings, and with various government departments, as well having worked in unity on numerous UN projects.  A fundamental goal of iUK is to support cross party understanding of intersex / VSC issues and to recognise and enact the need for bodily autonomy and bodily integrity for all intersex bodied people with a variation of sex characteristic (VSC). They focus heavily on unity, advocacy and stakeholder consultation delivering Intersex / VSC demands based on co authored International demands statements. iUK have also delivered numerous co authored reports to UN treaty bodies regarding the UK’s approach to ‘managing’ intersex / VSC people (especially children / minors). They deliver fundamentally important education across all levels, including working with academics, guest lecturing at universities and delivering expert key note speakers, forums, workshops and panels. Their work with the media is extensive. They administer some vital online support groups, as well as offer one to one peer support to intersex individuals as well as to parents and carers. They work with and are advocated by many professionals, parliamentarians, organisations: women’s, children’s, mens and LGBT+ organisations to list but a few.

The Astraea Foundation invites you to an evening of performances and film screenings with gender justice activists from around the world including musician Toshi Reagon, Astraea’s Executive Director J. Bob Alotta, Amina Doherty of FRIDA The Young Feminists Fund, and Selly Thiam of None on Record.

The Astraea Foundation invites you to an evening of performances and film screenings with gender justice activists from around the world including musician Toshi Reagon, Astraea’s Executive Director J. Bob Alotta, Amina Doherty of FRIDA The Young Feminists Fund, and Selly Thiam of None on Record.

Join the Astraea Foundation and Out and Equal Workplace Advocates on Thursday, July 5th in London for the Global LGBT Workplace Summit 2012. Astraea Executive Director J. Bob Alotta will present in the workshop LGBT Workplace Equality in Emerging Markets: How to Get There?

LGBT Workplace Equality in Emerging Markets: How to Get There?

Click here to register for the summit and for more information.