Between February 8-11, the First Asian Intersex Forum took place in Bangkok, Thailand, bringing together 14 intersex people from across Asia. Together, they drafted a Public Statement by the Asian Intersex Movement, and a Media Statement announcing the new regional network, Intersex Asia. Read them here! 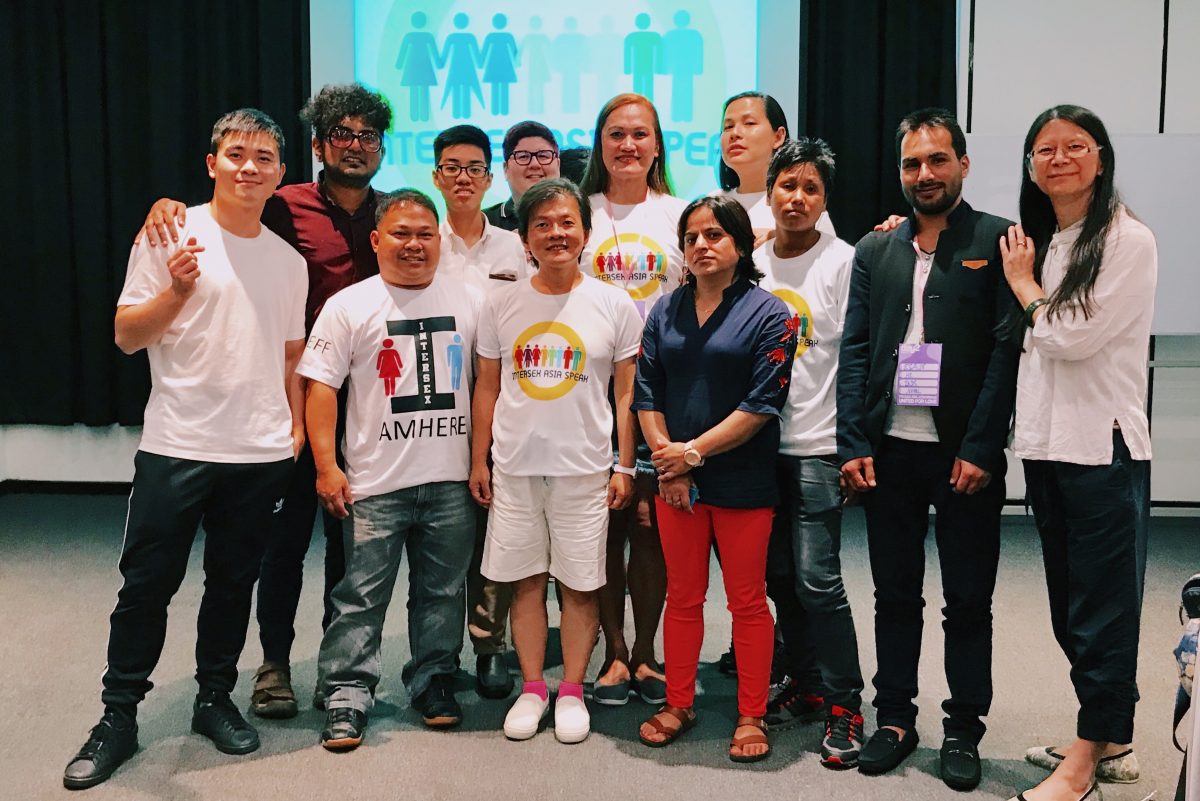 Between the 8th and 11th February 2018, the First Asian Intersex Forum, supported by the Intersex Human Rights Fund, took place in Bangkok, Thailand. During the Forum, participants founded Intersex Asia – the first regional network of Asian human-rights-based intersex organisations and intersex activists working for the rights of intersex people, communities and movements.

This moment is a linchpin for the Asia Intersex Movement as it marks a historical moment for the visibility and recognition of intersex human rights in Asia.

Throughout Asia, lack of awareness about intersex issues from medical professionals leads to unnecessary and inhumane medical procedures, which include ‘normalising’ surgeries and treatments on intersex infants, adolescents and adults.

Because intersex people are born with sex characteristics (including genitals, gonads, hormones and chromosome patterns) that do not fit typical binary notions of male or female bodies, intersex children and adults are often stigmatised and subjected to multiple human rights violations, including violations of their rights to health and physical integrity, to be free from torture and ill-treatment, and to equality and non-discrimination.

As intersex people in Asia, we live in a society that perpetuates discrimination, violence and killings of intersex people by a number of cultural, religious, traditional and medical beliefs and practices. Therefore, we must be supported to be the drivers of social, political and legislative changes that concern us.

Intersex Asia is an autonomous network and consists of intersex-led organisations and intersex individuals from Asian countries that work to educate about intersex issues, and raise awareness about the human rights violations and discrimination faced by intersex communities.

The Asia Intersex Forum and Intersex Asia also recall and affirm the principles of the Public Statement by the Third International Intersex Forum (known as the Malta Declaration), the Intersex Statement of the Intersex Pre-Conference at ILGA-Asia 2017, and extend the demands aimed at ending discrimination against intersex people, promoting and protecting the human rights of intersex people in Asia, and to ensure the rights to life, bodily integrity, physical autonomy and self-determination. (See Public Statement).

We are intersex activists representing the diverse region of Asia, working together to end discrimination, and promoting and protecting the human rights of intersex people.

In view of the above the Asian Intersex Movement calls on:

An interview with Dao Chumaporn, one of the founders of Togetherness for Equality in Action (TEA), who discusses LBT organizing in Thailand and what it’s meant to receive support from Astraea. 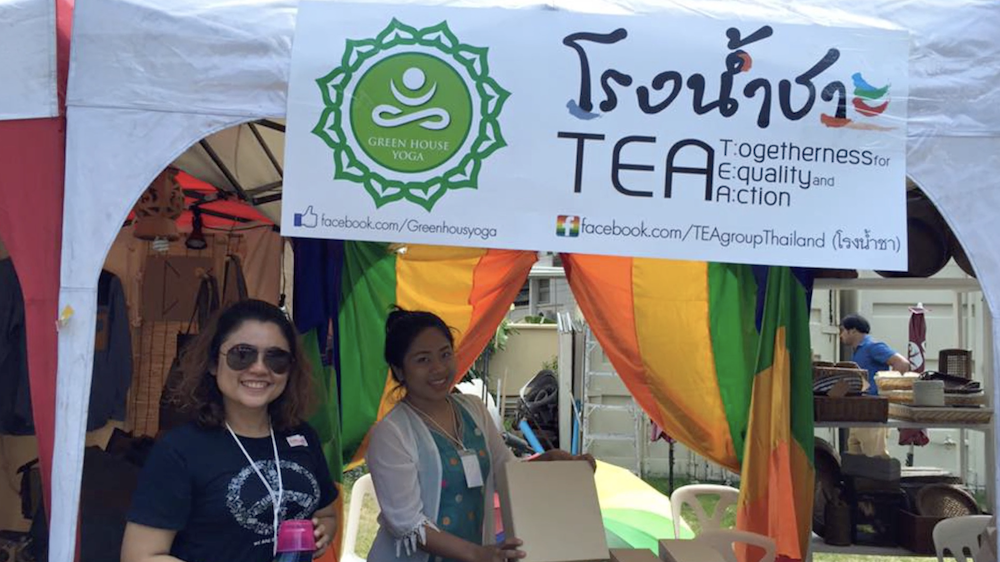 Togetherness for Equality and Action (TEA) is a lesbian, queer and bisexual women led group founded in 2013 and committed to building a sustainable and inclusive LBT movement in Thailand. They aim to cultivate and empower LBT youth activists from traditionally marginalized communities (low-income, rural, disabled, and from ethnic groups and religious minorities) through capacity-building trainings and curriculum development.

In the above video, Dao Chumaporn, one of TEA’s founders, discusses the organization’s work and what it’s meant to receive support from Astraea.

We call our group TEA. TEA is meaning “tea house”, Togetherness for Equality and Action. And for in the term of Thai, we call rong n̂ả chā. It means a tea cafe in the south end of Thailand, allows only men to go to the tea cafe, coffee cafe, and talk about politics and social issues. When we call ourselves rong n̂ả chā, [which] a lot of people question about, I will say, but we want to touch on the gender, we want to touch on the barrier of the power of the male and female, power of the sexuality among Thai society.

When we started with TEA, we also had no idea what we were to do, what we were to do for LGBT people. We need a better world, but how can I do? What are the activities we choose to support Thai society? I question this kind of thing a lot. We cannot keep quiet anymore.

TEA started in 2013. My friend and I established this group because we felt that the young LBT people need the space to do something, or to plan something by themselves.

TEA cannot work alone. “Work alone” means TEA cannot work and focus only on LGBT people. We are so focused on the intersectionality and on cross-cutting issues. We try to work with people in the rural areas, youth who work for the environment, Muslim communities, ethnic communities, and land rights. For me, I’m also interested in the LGBT refugees in Thailand. Even though in Thailand, [they] didn’t accept refugee commissions. But a lot of refugee and asylum seekers come to Thailand, and we found that some of them are LGBT people.

I think if we are human, if we should ask some kind of question to everyone: Should everyone go to the jails because we are different?

Founded in 2010, the Thai Transgender Alliance, or TGA, supports transgender and gender diverse people in Thailand to have a better quality of life and works to advance the human rights of transgender people through advocacy, movement strengthening and leadership development strategies. 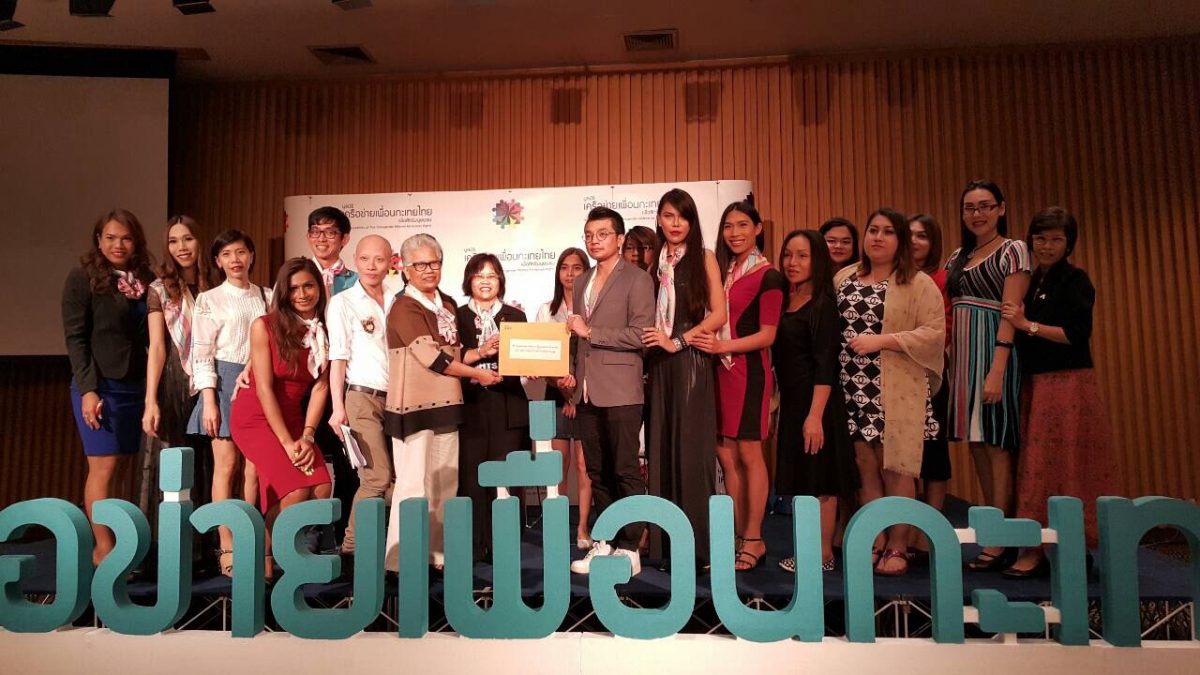 Founded in 2010, the Thai Transgender Alliance, or TGA, supports transgender and gender diverse people in Thailand to have a better quality of life and works to advance the human rights of transgender people through advocacy, movement strengthening and leadership development strategies. They are currently leading a national effort to secure legal gender recognition for trans people in Thailand, as well as working to challenge military transcription requirements (in context where all male citizens obligated to serve). They have also created a wide variety of cultural change materials regarding gender, sexuality, discrimination, access to healthcare, military conscription, and are currently working to develop guidelines for media reporting and resources for parents of transgender and gender diverse young people.

Togetherness for Equality and Action (TEA) is a lesbian, queer and bisexual women led group founded in 2013 and committed to building a sustainable and inclusive LBT movement in Thailand.

Togetherness for Equality and Action (TEA) is a lesbian, queer and bisexual women led group founded in 2013 and committed to building a sustainable and inclusive LBT movement in Thailand. They aim to cultivate and empower LBT youth activists from traditionally marginalized communities (low-income, rural, disabled, and from ethnic groups and religious minorities) through capacity-building trainings and curriculum development. Their core activities include a story documentation project to raise public awareness around LBTI rights in marginalized communities, and facilitating activist building programs to provide resources and opportunities for LGTI youth. Through their story project they continue to collect stories and experiences of LBT communities to gather data that can disseminated via research articles and other media outlets, such as online blogs, and infographics. Through their activist building trainings, they are engaging youth from a wide range of backgrounds and experiences, from little or zero experience, to seasoned activists.