The Youth Organizing Institute is a popular education leadership development program that is committed to training lifelong organizers. 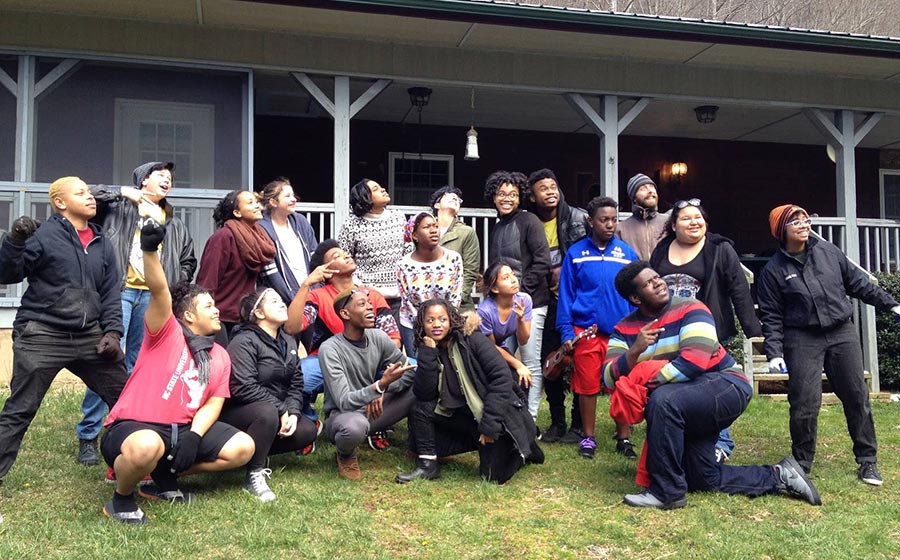 The Youth Organizing Institute is a popular education leadership development program that is committed to training lifelong organizers. They support organizing and actions that address systems of oppression, and work to develop solutions that challenge existing power relationships. Their work is grounded in an understanding of and commitment to dismantling the systems that prohibit working class people and youth from fully participating in a democratic society. Through their summer education curriculum, campaign/coalition work, and mentorship program, YOI strives to cultivate peer education and movement building. Through their programs, participants learn to step into leadership roles as organizers and facilitators in their their communities. YOI teaches organizing skills, foster coalition-building, facilitate campaign planning and organizational development, and encourage multi-generational models of social change. In 2013, YOI  co-founded the NC Queer Youth Power Coalition, which is now known for their annual event “Queernival: A Southern Celebration of Queer Youth Liberation.”

After being ejected by security from a North Carolina mall for a mild display of affection, Caitlin Breedlove, co-director of Astraea grantee partner Southerners on New Ground, and her girlfriend took the story public.  Caitlin appeared on multiple news outlets, and that weekend, hundreds rallied at the mall to protest homophobia.

“A lot of people have joked that they messed with the wrong gays, and while we appreciate that, we want to live in a country where ALL marginalized people LGBTQ people, people with disabilities, people of color, immigrants, poor peopleare ALL the wrong people to mess with because we understand and harness the power of coming together to demand our dignity,” said Caitlin Breedlove in her speech at the rally.

The speech reaffirmed the right to free expression and announced a victory: the security force agreed to hold trainings for their staff to address all kinds of discrimination including on the basis of race, gender presentation, sexual orientation, class and ability.

CNN coverage of the protest:

Bilerico Project
Again, the South shall lead us