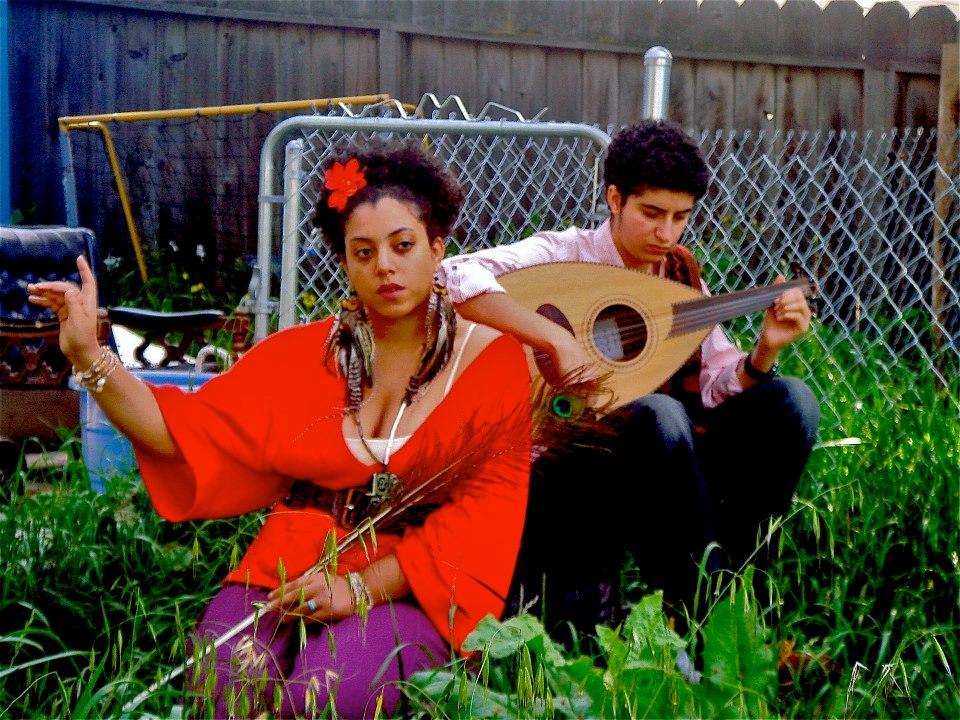 Nia Witherspoon is a multidisciplinary artist-scholar producing work at the intersections of indigeneity, queerness, and African diaspora epistemologies.  Working primarily in the mediums of vocal and sound composition, playwriting, and creative scholarship, Dr. Witherspoon’s work has been recognized and supported by the Mellon Foundation, Theatre Bay Area, and the National Queer Arts Festival. Her original play, The Messiah Complex, is a multi-temporal meditation on the loss of parents in black and queer diasporas. Messiah was performed at New York’s prestigious Downtown Urban Theatre Festival (HERE Art Center) where it received the Audience Award and placed second for Best Play. Witherspoon’s work as a vocalist, both independently and with acclaimed ceremonial-music duo SoliRose, has spanned stages, ceremonial spaces, and activist organizations from the San Francisco Bay Area to Chicago, Los Angeles, Toronto, and Beirut, and her creative nonfiction is most recently featured in Yellow Medicine Review: A Journal of Indigenous Literature, Art, and Thought. Witherspoon has forthcoming publications in the Journal of Popular Culture and Women and Performance, and she is currently at work on a book project, “The Nation in the Dark: Reparations of Ceremony in Diaspora,” which asserts that nationalism, far from being dead, is essential to radical women of color re-envisioning indigenous religions. She received a B.A. from Smith College and a PhD from Stanford University.