Writeous! has a new location! Join us at the Greene Space, at 44 Charlton Street. See you there!

Innovative vocalist and composer Imani Uzuri is an eclectic artist who travels internationally from Morocco to Moscow creating and performing across various genres including concerts, recordings, experimental theater, performance art and sound installations. Uzuris work has been called stunning by New York Magazine and incorporates her interests in world culture, experimentation and sacred music. She has earned critical acclaim for her debut album, Her Holy Water: A Black Girls Rock Opera as well as for her collaborations with diverse artists such as Herbie Hancock, John Legend, Wangechi Mutu, Sandford Biggers and Vijay Iyer. Her new album The Gypsy Diaries which also features sitar, acoustic guitar, cello, violin, Japanese shinobue flute and world percussion, is a vibrant lyrical and spiritual sound scape and was named #2 on Rhapsody’s World Top 10 List Summer 2012. She is currently composing a new musical GIRL Shakes Lose Her Skin that she is developing with playwright Zakiyyah Alexander inspired by the works of Philadelphia Poet Laureate  Sonia Sanchez. Photo credit:Petra Richterova.

Lenelle Moïse creates jazz-infused, rhythmic performance texts about the intersection of race, class, gender, sexuality, memory and magic. Moïse is a current Huntington Theatre Company Playwriting Fellow and was a 2010 Hedgebrook Women Playwrights Festival Fellow. Her two-act comedy, Merit,won the 2012 Southern Rep Ruby Prize. She also wrote, composed and co-starred in the critically-acclaimed drama, Expatriate, which launched Off-Broadway at the Culture Project. Her other plays include Matermorphosis (commissioned by Serious Play Theatre Ensemble), Little Griot (commissioned by the Drama Studio), Purple (commissioned by the Kitchen Theatre Company), Cornered in the Dark and The Many Faces of Nia. Her solo performances, Womb-Words, Thirstingand Ache What Make (in development), have received standing ovations at theatres and colleges across the United States. Moïse was the fifth Poet Laureate of Northampton, Massachusetts, the 2012 Visiting Performing Artist in African & African Diaspora Studies at UT Austin and the 2011 Artist in Residence in Performance Studies at Northwestern University. She holds an MFA in Playwriting (2004) from Smith College. Her work has been published in several anthologies including Word Warriors: 35 Women Leaders in the Spoken Word Revolution. 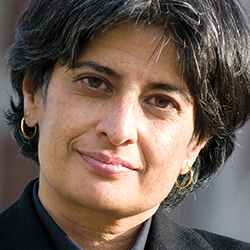 Urvashi Vaid
’s leadership in the lesbian, gay, bisexual and transgender (LGBT) and social justice movements spans civil rights, LGBT, philanthropic, academic, and grassroots organizations. Vaid will read from her newly released book, Irresistible Revolution: Confronting Race, Class and the Assumptions of LGBT Politics. Vaid is Director of the Engaging Tradition Project at Columbia Law School’s Center for Gender and Sexuality Law, studying how gender and sexual justice movements can effectively engage tradition-based resistance.  In 2012, Vaid co-founded LPAC, the national lesbian political action committee whose goals are to support feminist, progressive and pro-LGBT campaigns.  She is a member of the Board of the Gill Foundation, the leading funder of LGBT rights in the US. Vaid is former CEO of the Arcus Foundation, a leading global funder of LGBT human rights and great ape conservation (2005-2010). She was Deputy Director of the Governance and Civil Society Program of the Ford Foundation (2000-2005). Vaid was the executive director (1989-1992) of the National Gay and Lesbian Task Force (NGLTF), where she also worked as media director (1986-1989) and director of its Policy Institute think tank (1997-2000).  As a staff attorney at the National Prison Project of the American Civil Liberties Union (ACLU) from 1983-1986, Vaid initiated work on HIV/AIDS in prisons. 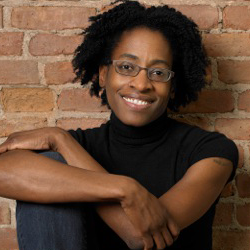 Jacqueline Woodson is a three-time Newbery Honor winner, two-time National Book Award Finalist, winner of a Coretta Scott King Award and three Coretta Scott King Honors, and the recipient of the LA Times Book Prize and the Margaret A. Edwards Award for her contributions to young adult literature.  Her many award-winning novels include LOCOMOTION, EACH KINDNESS, BENEATH A METH MOON, AFTER TUPAC AND D FOSTER, FEATHERS, and MIRACLE’S BOYS. She lives with her family in Brooklyn, New York. Photo credit: Marty Umans. 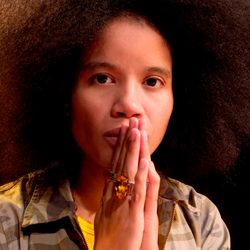 Staceyann Chin is a Jamaican spoken word poet, performing artist and LGBT rights political activist. In addition to performing in and co-writing the Tony-nominated Russell Simmons Def Poetry Jam on Broadway, Chin has appeared in Off-Broadway one-woman shows and at the Nuyorican Poets Cafe. She has also held poetry workshops worldwide. Chin’s poetry can be found in her first chapbook, Wildcat Woman, and Stories Surrounding My Coming, as well as numerous anthologies, including Skyscrapers, Taxis and Tampons, Poetry Slam, Role Call, Cultural Studies: Critical Methodologies. In 2009, Chin published her autobiographical novel, The Other Side of Paradise – A Memoir. Her work has been published in the New York Times, the Washington Post, and the Pittsburgh Daily, and has been featured on 60 Minutes. She was also featured on The Oprah Winfrey Show, where she shared her struggles growing up homosexual in Jamaica.