What Astraea’s Been Up To!

Astraea is unrelenting in our commitment to gender, racial and economic justice. Here are a few of Astraea’s highlights from 2017 so far.

Astraea is unrelenting in our commitment to gender, racial and economic justice. As the first philanthropic organization working exclusively to advance LGBTQI rights around the world—we know we are called to build, sustain, resource and celebrate our people and movements. Here are a few of Astraea’s highlights from 2017 so far: 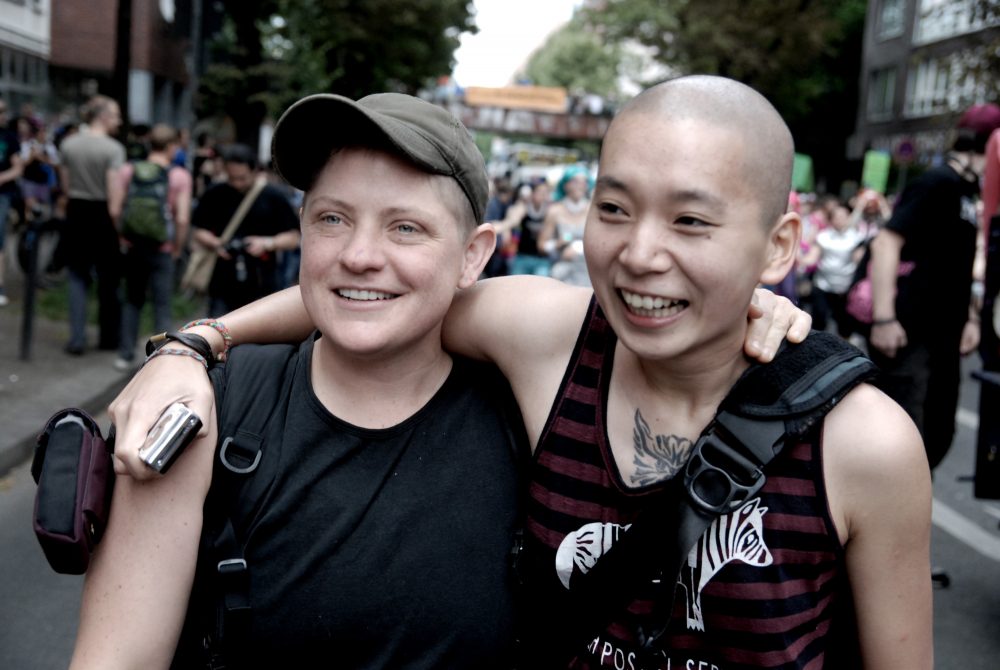 Shifted resources to the frontlines

Our funds continue to support ongoing & emerging intersectional LBTQI activism around the world. In the past year, we have made 249 grants in 68 countries with nearly $4 million. This year, we were excited to welcome 42 new grantee partners into our community, all of whom are led by LBQ women and/or trans people. Our new grantee partners represent a deepening of our strategy to increase funding in under-resourced countries/regions, such as West Africa/Francophone Africa, the Middle East, the Caribbean, Brazil and post-Soviet countries in Europe/Central Asia. 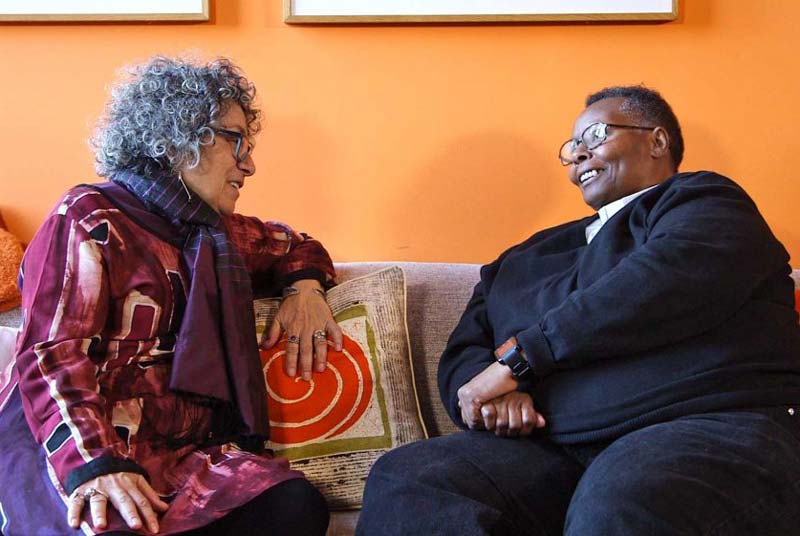 Our lesbian and trans forebears paved the way for our current movements. This June, Astraea proudly announced the Acey Social Justice Feminist Award to honor the legacies of those whose activism built the foundations for activism today, and to call attention to the need for LGBTQ elder community support. This year’s inaugural honorees are Reverend Gale Jones, Angela Bowen, Ali Marrero-Calderon and Eleanor Palacios. [Read more about the award and honorees] 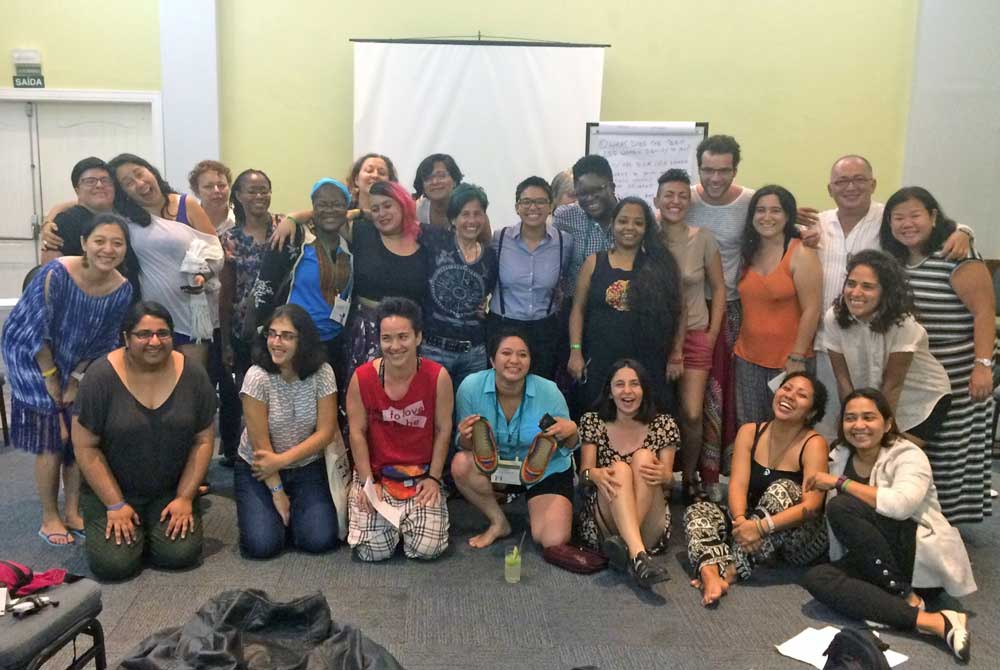 Astraea and Mama Cash completed phase 1 of the groundbreaking Philanthropic Advocacy for LBQ-Identified Women and Non-binary People’s Activisms project. The project intends to increase support for LBQ activism globally, given the chronic under-resourcing of movement strategies that prioritize and emphasize self-determination, radical imagination and long-term processes of liberation. 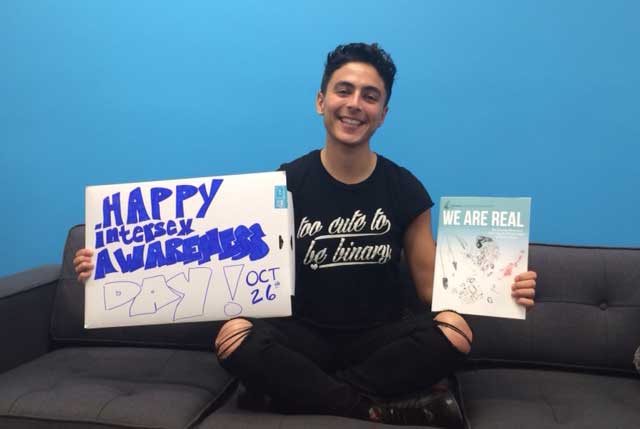 Made our largest cycle of grants to support Intersex Human Rights

We completed our Intersex Human Rights Fund’s third cycle of grants after receiving the highest number of eligible new intersex-led applicants to date—and we made $280,000 in grants to 37 groups! Astraea remains the only institutional funder for nearly all intersex groups working at the national level. The intersex movement is rapidly growing yet remainds deeply underfunded. Our support has helped intersex organizations sustain, strengthen and expand their work.

Photo: Intersex activists at the 4th Intersex Forum in April 2017

Convened Activists and Donors at the Intersex Forum

In April, we organized a dialogue between activists and donors at the 4th International Intersex Forum in Amsterdam, which represented the first time that donors have been invited to join a portion of this intersex-only space. The donor-activist dialogue was a learning space for both parties, with many activists gaining an introduction to grantmaking, and donors a stronger understanding of the movement. 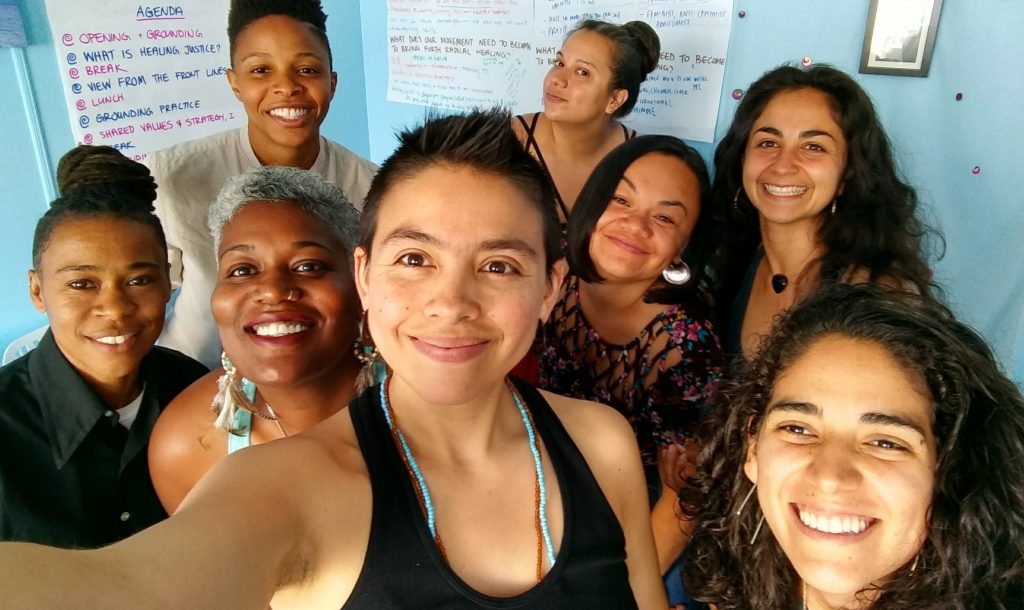 This June in Detroit, Astraea brought together grantee partners Southerners on New Ground, Familia TQLM, Audre Lorde Project, Mijente and Freedom Inc to learn about the best ways to support Healing Justice work as a long-term strategy. The meeting created a space to identify, explore and build movement-based ways of collaboratively addressing trauma, grief, crisis, healing and wellness. Folks shared how needed and timely it was for them to be able to connect, most of them meeting for the first time. It is crucial to collectively heal in order to continue to fight. 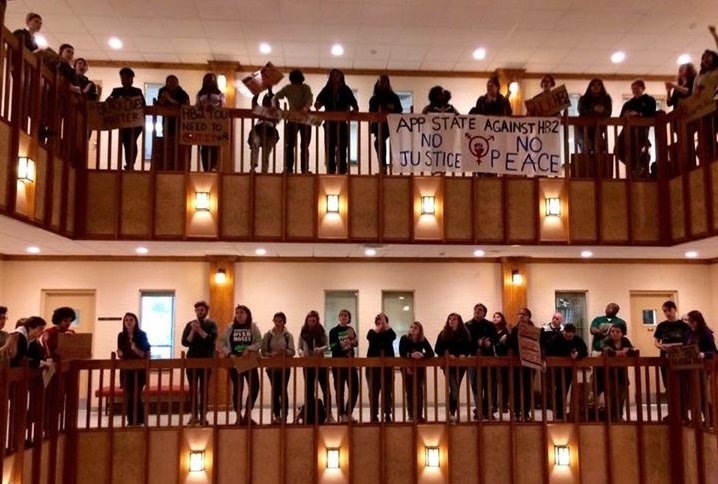 Philanthropic partnerships have the potential to galvanize support for the most vulnerable areas of our movements. The LGBTQ Racial Justice Fund, housed at Astraea, champions intersectional social-change work with a focus on movement-building in the U.S. South. This year they made more than $850,000 in grants to organizations in ten Southern states. [Read more] 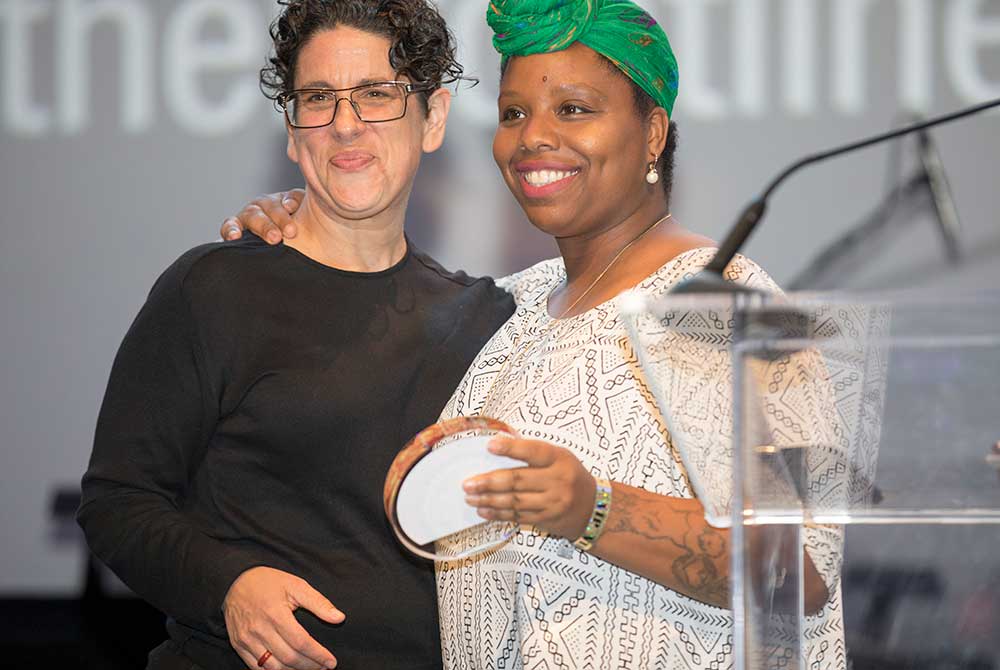 Nearly 300 guests raised over $100,000 at our 2017 Fueling the Frontlines Awards in Los Angeles. The Gala began with a moving performance from Octavia E. Butler’s “Parable of the Sower: The Concert Version” by Toshi Reagon and friends, and we celebrated the resistance leadership of Patrisse Cullors, Jennicet Gutiérrez, Bruce Cohen, Jorge Ramos and Paola Ramos, as well as Acey Award honoree Angela Bowen.

Join us as we continue to support LGBTQI people and social justice in the coming months and beyond!