Have you made plans to attend this year’s Fueling the Frontlines Awards yet? Please join us on May 25, 2017 at the Ace Museum in Los Angeles as we honor the frontline activists leading the new era of #resistance: Patrisse Cullors, Jennicet Gutiérrez, Jorge Ramos, and Paola Ramos. 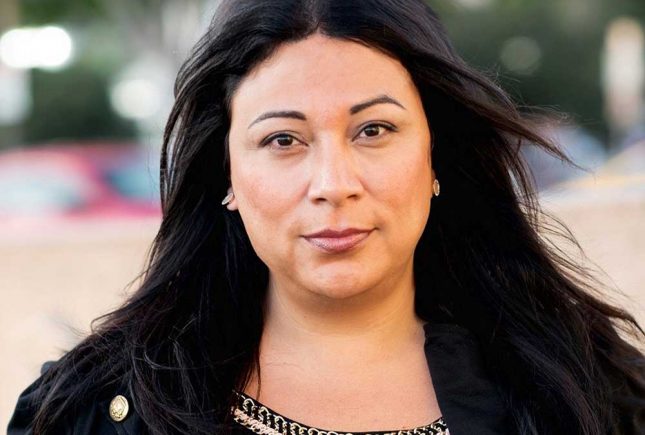 We are organizing at the moment to mobilize our communities because the new administration came out heavily attaching the immigrant community. We want to make sure we have a plan in place to protect and defend.

Tickets are selling quickly; get yours soon.

Today, we are excited to profile translatina activist and 2017 Fueling the Frontlines honoree Jennicet Gutiérrez.

Jennicet believes that her struggle for liberation began with her birth in Tuxpan, Jalisco, México, which was unaided by a midwife. In the three decades since then, she’s fearlessly advocated for her fellow trans people of color. An organizer with Los Angeles-based Astraea grantee partner Familia: Trans Queer Liberation Movement, Jennicet works to end the deportation, incarceration, and criminalization of immigrants and all Brown and Black folks. Recently, Familia has successfully campaigned to terminate Santa Ana County Jail’s contract with ICE (Immigrations and Customs Enforcement), thus ending the inhumane detainment of immigrants.

In June 2015, Jennicet received national media attention and created a critically important platform for undocumented LGBTQI people when she bravely interrupted President Barack Obama’s LGBT Pride Month Reception speech to draw attention to the growing numbers of LGBTQ people being forcefully held by the United States. “I spoke out to demand respect and acknowledgement of our gender expression and the release of the estimated 75 transgender immigrants in detention right now. There is no pride in how LGBTQ immigrants are treated in this country and there can be no celebration with an administration that has the ability to keep us detained and in danger or release us to freedom,” she wrote in the Washington Blade the next day.

Currently, Jennicet and Familia are tirelessly working to end the deportation of Valeria de la Luz, an undocumented transwoman, through the #FreeValeria campaign.

Proceeds from Fueling the Frontlines benefit LGBTQI grassroots activists like Jennicet who are doing brave and bold work in the United States and around the world.

Get your tickets today.

Unable to attend the Awards? Still want to celebrate the intrepid spirits of grassroots activists? Donate a ticket so that a community member can attend this inspiring event. To learn more, please contact Loran Hamilton at lhwarner@astraeafoundation.org.

The 2017 Fueling the Frontlines Host Committee