As Astraea, we are proud that nearly 40% of our grantee partners identify as LBQ-specific groups. LBQ groups work intersectionally and choose not to be constrained by artificial issue “silos” that can limit work across movements and issues. 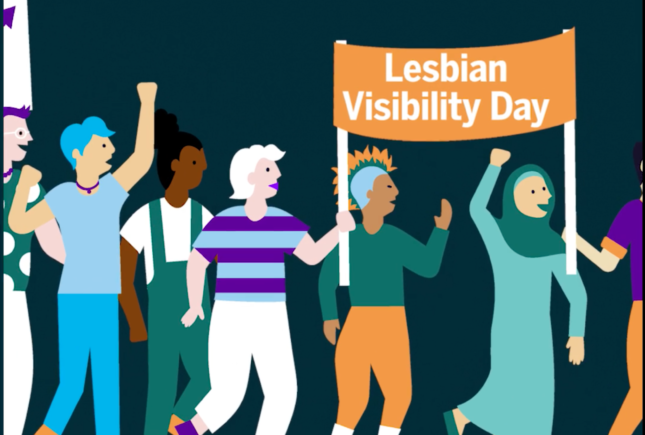 LBQ activism is young and growing all over the world. According to Astraea and Mama Cash’s 2020 report, Vibrant Yet Under-Resourced: The State of Lesbian, Bisexual, and Queer Movements, 89% of LBQ groups have been founded in the last twenty years. These vibrant groups are determinedly doing their work with intense commitment and very little money, often in quite harsh and repressive circumstances. In their organizing across diverse movements, they are improving the lives of LBQ people while advancing multiple social justice causes.

They are, however, also struggling. LBQ groups are under-resourced and under-staffed, and they have weak safety nets. 40% of groups have an annual budget of less than $5,000 and one-third receive no external funding. Today, only 8% of the total $560 million in LGBTI funding can be identified as LBQ-specific, according to the latest Global Resources Report. LBQ groups organize intersectionally but are typically funded through narrowly defined portfolios. They envision creating long-term structural and systemic change, but are principally funded with short-term, often project-based grants.

As Astraea, we are proud that nearly 40% of our grantee partners identify as LBQ-specific groups. LBQ groups work intersectionally and choose not to be constrained by artificial issue “silos” that can limit work across movements and issues. More than half of LBQ groups identify with lesbian, gay, bisexual, and trans movements and women’s rights movements because their lives sit at the intersection of both. They also identify with broader movements and issues such as sexual and reproductive health and rights (45%), the right to healthcare (32%), HIV and AIDS (30%), rights of intersex people (29%), young people’s rights (26%), and sex workers’ rights (20%), among others. Here are some examples of the LBQ-led organizing we are so honored to support:

By providing more and better quality funding to LBQ-led groups, donors can unleash the power of LBQ groups to secure transformative change in their communities. Given rising conservatism, nationalisms, and fundamentalisms around the world, and the importance of building and supporting strong movements to fight back, funding grassroots LBQ groups who are working intersectionally and addressing some of the most pressing challenges facing our world is a smart and underutilized strategy that will enable all donors to support and advance progressive political organizing around the globe.

For more, read our full 2020 report, Vibrant Yet Under-Resourced: The State of Lesbian, Bisexual, and Queer Movements at fundlbq.org.