Today, on Lesbian Visibility Day, we’re honoring our lesbian roots by celebrating grantee partners all over the world who fight day in and day out to build community and secure the rights and dignity of LBQ* women through powerful activism, movement-building, arts, and social and cultural change. 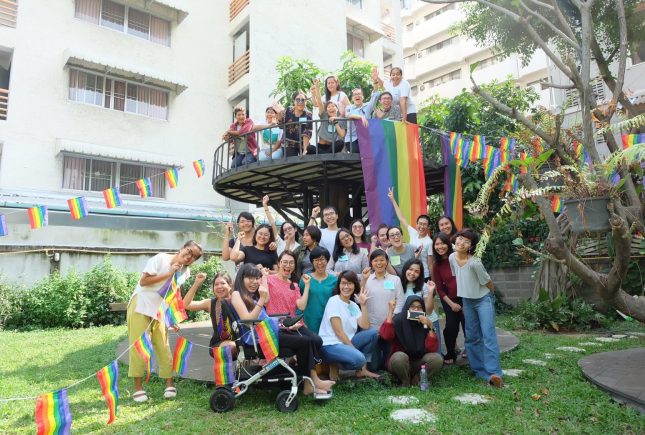 Today, on Lesbian Visibility Day, we’re honoring our lesbian roots by celebrating grantee partners all over the world who fight day in and day out to build community and secure the rights and dignity of LBQ* women through powerful activism, movement-building, arts, and social and cultural change.

Astraea came out as a lesbian organization in 1990. Claiming our lesbian identity has always been a politically conscious choice to visibilize lesbian communities and activism which are critical in social justice movements, but whose efforts have often been unacknowledged, or erased.

We recognize ‘lesbian’ as both a sexual orientation and political identity; that it must include trans, intersex, bisexual, and queer women who identify as such or feel connected to lesbian activism, while respecting that the full spectrum of people who experience gendered oppression includes trans men, non-binary people, and more.

“We don’t get to see anybody like us when we grow up. For me, the first thing a movement tells me is that you are not alone.”
– Sappho For Equality, India

Watch lesbian-led grantee partner Sappho for Equality from India share about their activism in this new video.

This year, Astraea supported powerful LBQ* visions by awarding 92 grants to 72 LBQ-led organizations worldwide, totaling over $1.7 million. Beyond grantmaking, we are continuing to shift power and resources to these movements by:

To see some of our lesbian feminist milestones from the last 41 years, watch our new Lesbian Visibility Day video above.

Join us in building power for LBQ* movements everywhere.

Learn more about the organizations we fund, who are fighting for LBQ people and more!