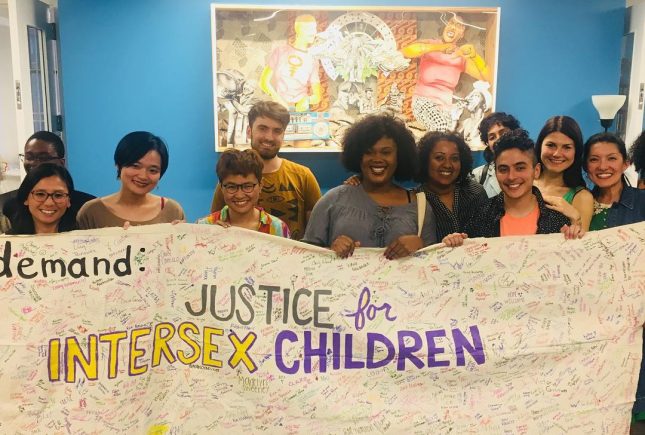 “We are here and we’re not going anywhere.”

Astraea’s Grants Management Associate Tate Ngwaru is an intersex activist from Zimbabwe. In anticipation of Intersex Awareness Day on October 26th, listen as she shares why the day is meaningful to her.

My name is Tatenda Ngwaru. I’m an intersex activist. I’m originally from Zimbabwe, but now based here in New York as an asylum seeker and I work as a Grants Management Associate here at Astraea Foundation.

People have to know that the intersex community is very stigmatized. It’s supposed to be shameful, it’s a taboo, we’re not regarded as people. So, for me to be able to say “Happy Intersex Awareness Day,” and to know that there’s a day that is dedicated to that makes me feel proud, and I think it is also a day that we want to reflect on the challenges that affect the intersex community and how much more work there is to be done.

It is a nice thing for intersex people to know that they really do have a day, that people allow them to say, “We are here, and we’re not going anywhere.” As an intersex activist, as a Black woman, as a woman, I want to say, from me to you: all love.