This month’s Supreme Court ruling on Hobby Lobby, as well as subsequent orders handed down from the bench, have far-reaching consequences for our movements, and what we do now is critical.

This month’s Supreme Court ruling on Hobby Lobby, as well as subsequent orders handed down from the bench, have far-reaching consequences for our movements, and what we do now is critical.

Sometimes in moments like these, we reach out to our broader community to ask them to offer their expertise on an issue or instance that we’d like to better comprehend. In this case, Katherine Franke, Director of the Center for Gender & Sexuality Law at Columbia Law School and longtime supporter of Astraea, graciously agreed to break down the SCOTUS decision and tease out some of the broader implications for our movements/people.

Below is Katherine’s piece, which I am so happy to be able to share with you all. Please take a minute to read it and share it with your networks. 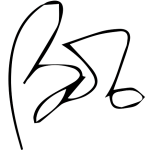 Hobby Lobby and Reproductive Rights  The Broader Implications For The Left

Much as been written about the Supreme Courts recent Hobby Lobby ruling and how it took up a conflict between reproductive rights and religious liberty, coming down on the side of religion and ceding to the religious rights effort to stain contraception with the stigma associated with abortion.

Religion, Hobby Lobby argued, ought to work like a trump card: throw it down and it out-ranks all other rights that might also be in play, such as womens reproductive liberty or workplace equality. The majority of the Court in Hobby Lobby bought this approach to religious liberty rights: when it comes to a complex social context like the workplace, where the employment relationship is mediated by a thick web of rights and responsibilities, secular laws must yield to the corporate owners religious faith when they come into conflict.

The Hobby Lobby decision offers a shockingly radical interpretation of the scope and power of the right to religious freedom. Some might even pillory it as a form of judicial activism on account of how broadly the Court interpreted the Religious Freedom Restoration Act (RFRA), certainly well beyond what Congress intended when it was passed in 1993. While the decision marked a devastating loss for reproductive rights and womens workplace equality, its radical reach will likely radiate far beyond the pickets of the specific context raised in the case. Contextualizing the decision will help illuminate the larger implications of Justice Alitos majority opinion. Consider the following frames for understanding the stakes:

These are just a few of the ways we can understand the Hobby Lobby case as about women’s reproductive rights but also about so much more. In fact, well-funded conservatives, many of whom carry no brief for religion, saw their interests advanced by those claiming a religious exemption from the contraception mandate in the Affordable Care Act.