We’re only days away from Astraea’s Fueling the Frontlines Awards in Los Angeles! 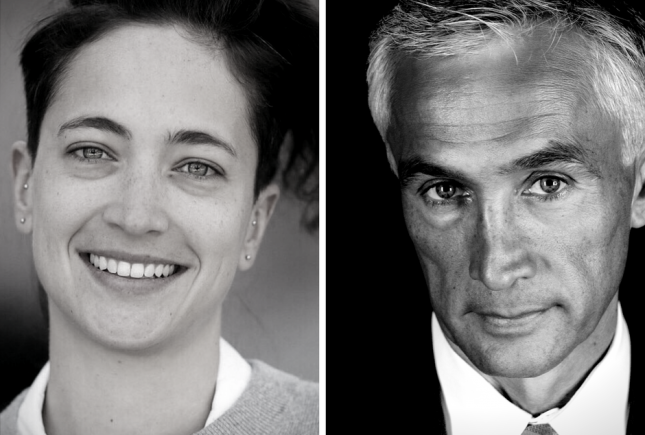 On May 25th, 2017 at the Ace Museum, we will gather to celebrate the frontline voices who are leading the new era of #resistance: Patrisse Cullors, Jennicet Gutiérrez, Bruce Cohen, Jorge Ramos, and Paola Ramos.

The night will also feature an exclusive performance from Octavia E. Butler’s Parable of the Sower: The Opera by Toshi Reagon and cast members, as co-authored by civil rights activist Bernice Johnson Reagon. You won’t want to miss this bold and timely performance.

A limited number of tickets are still available. Get yours now.

Today, we are pleased to introduce you to father and daughter Fueling honorees, Emmy Award-winning journalist Jorge Ramos and Latinx public servant Paola Ramos. Together, Jorge and Paola have over 45 years’ experience in elevating the narratives and championing the issues important to queer Latinos and their allies across the United States.

Seasoned newscaster Jorge Ramos has documented five wars, covered the fall of the Berlin Wall, and interviewed countless world leaders. Ramos’ in-depth reporting and forthright commentary on human rights, immigration, white supremacy, and other issues that directly impact our communities is his invaluable contribution to the resistance. After being physically removed from a press conference in 2015 by asking how the then-hopeful Trump administration planned to deport 11 million undocumented immigrants, Ramos did not cease asking the hard questions: instead, he went directly to the source, creating the documentary Hate Rising, an expose on the rise of the Ku Klux Klan, Neo Nazis, and other emboldened hate groups in the United States.

“Discrimination is still present in this country. We need organizations like Astraea to make sure that the rights of everyone are being protected,” Ramos tells us.

Sharing her father’s vision for a just world, New York City Council spokesperson PaolaRamos works to protect human rights by fighting for the sanctuary and equity of immigrants in the five boroughs. A fierce believer in her communities, Ramos previously served as Deputy Director of Hispanic Media for Hillary Clinton’s 2017 President Campaign, where her efforts ensured that Secretary Clinton maintained an open dialogue with Latino and immigrant communities across the country. “We have Dreamers knocking on doors which never have before. We see Latinos lining up with their grandmothers and their cousins. It’s our job to capture those positive stories and to keep it going,” she urges.

Join us in honoring Jorge and Paola Ramos for their tireless commitment to migrant rights on May 25th.

Unable to attend the Awards? Still want to celebrate the intrepid spirits of grassroots activists? Donate a ticket so that a community member can attend this inspiring event. To learn more, please contact Loran Hamilton at lhwarner@astraeafoundation.org.