We are nearly a month away from this year’s Fueling the Frontlines Awards at Los Angeles’ Ace Museum! On May 25, from 6:30 to 9:30 pm, Astraea will honor the frontline activists and cultural changemakers who are leading the new era of #resistance, including PatrisseCullors, Jennicet Gutiérrez, Jorge Ramos, and Paola Ramos. 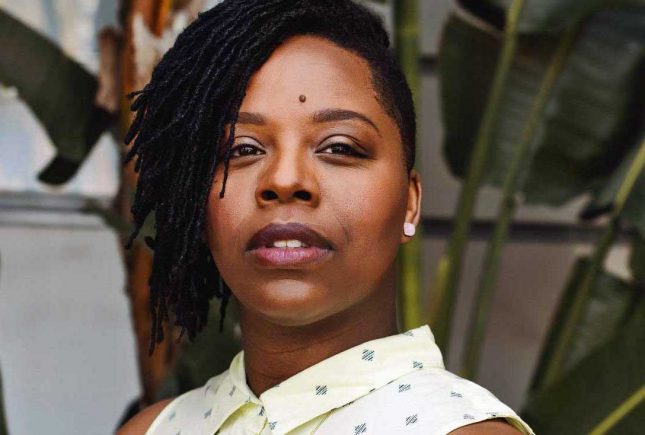 When we say ALL Black Lives Matter, we mean Black trans folks! We mean black queer folks! …’We are the ones we’ve been waiting for.’

Tickets are limited! Get yours today!

This week, we are honored to profile 2017 Fueling the Frontlines honoree and Black Lives Matter co-founder Patrisse Cullors.

Born and raised in Los Angeles, artist, organizer, and freedom fighter Patrisse Cullorsbecame involved in grassroots activism as a teenager. During Patrisse‘s youth, her 19 year-old mentally ill brother was incarcerated and tortured by local law enforcement. “Growing up with this visceral experience of policing really shaped my organizing work,” Patrisse told Fusion last winter. “There were no organizers knocking on our door telling us to join a movement. There were no hashtags for social media. There was a lot of despair.”

Ten years later, Patrisse created the organization Dignity and Power Now, which pursued and won civilian oversight of the Los Angeles Sheriff’s Department––a victory that brought justice to her family while protecting countless others.

In 2013, Patrisse, with Alicia Garza and Opal Tometi, co-founded Black Lives Matter as a response to the enraging aquittal of George Zimmerman in the shooting death of Trayvon Martin. What began as a hashtag soon became an urgent call to action against police brutality and criminalization in the United States. Black Lives Matter has since expanded into an intricate network of 30 local chapters and thousands of determined activists fighting anti-Black racism worldwide.

Patrisse has received many awards for her organizing and movement building, including being named a “Civil Rights Leader for the 21st Century” by The Los Angeles Times. Her memoir, When They Call You a Terrorist, is forthcoming from St. Martin’s Press.

Support Patrisse and others like her who are during brave and imperative work. Get your tickets to Fueling the Frontlines today.

Unable to attand the Awards? Still want to celebrate the intrepid spirits of grassroots activists? Donate a ticket so that a community member can attend this inspiring event. To learn more, please contact Loran Hamilton at lhwarner@astraeafoundation.org.