A conversation with Katherine Acey and Namita Chad 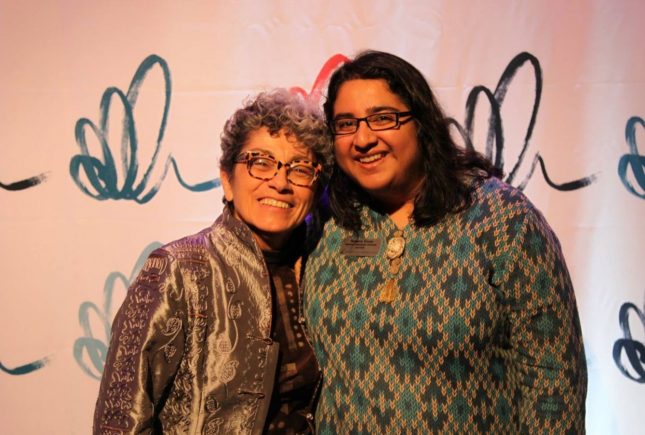 Namita Chad (NC): Katherine, to start with, can you tell us what the Acey Social Justice Feminist Award is?

Katherine Acey (KA): The Acey Social Justice Feminist Award was launched in 2017 and honors lesbian, queer and trans women of color in the United States who are at least 62 years, and who have made significant contributions to our movements, which have often gone unrecognized.

NC: And how did the award come to be?

KA: So Astraea had been looking for a way to support the LGBTQ elders in communities across the United States who face distinct financial barriers, and we decided on this award as a way to uplift the contributions of some of those individuals, and raise awareness about their struggles.

We wanted to recognize that so many of them have been activists within and across our movements, but have not always been as visible as others. Several have worked as activists throughout their lives, often in low-paying jobs with not a lot of benefits. So the idea was to identify those people, and also to make a monetary award in recognition of their contribution that could be used in any way; they could buy a new computer with it or take a vacation, or whatever. It was really to give them an opportunity to take care of themselves for a moment.

So the award is really a way to amplify these individuals and recognize the pathways they have created for others who have come after them. Something I’ve really been struck by both times we’ve had the award, is that there are always a couple of nominees I haven’t heard of myself. It just reaffirms the fact that so many activists are out there tirelessly, but their work isn’t seen.

KA: Namita, as someone who has been at Astraea for a long time and knows the movements well, what do you think is the importance of this award?

NC: For me, the award is so important because it recognizes the work and legacy of our lesbian, queer, and trans elders, who have really paved the way for new generations of organizers and activists working across the country.

It’s also really connected to what Astraea was born to do, which is to recognize the leadership of lesbian and trans women of color, who have been leaders in all kinds of movements over generations – feminist and queer movements, responses to the AIDS crisis, fighting to end wars abroad, fighting to end intimate partner violence, domestic violence, state violence, incarceration. These are people who have been insisting on radical inclusion for a long time now, and creating radical openings for people whose voices have not been heard.

I really hope that with this award comes more visibility for the brilliant and bold leadership of these elders. And I hope that with that visibility, that younger activists will gain more access to their stories and experiences and can engage with and learn from them.

KA: And what do you feel is the political significance of the award?

NC: You know this award really highlights the political state we’re in today where LGBTQ elders but specifically lesbian, queer, and trans women of color elders are still so often disproportionately discriminated against – whether in terms of access to healthcare, housing, or support networks – and face lifelong barriers to financial security and resources. LGBTQ elders of color remain largely invisible within frameworks of most aging services, research, and public policy initiatives, and across organizations across the country, even LGBTQ and feminist organizations.

It’s a scary political moment in the US and globally, as we’re watching the right consolidate power. We’re seeing so many of the hard fought gains of the past from rights to services being dismantled and fought against. There’s so much we can learn from the contexts and struggles of the past, so the need for younger activists to be connected to elders and for there to be intergenerational strategy and dialogue, is so critical.

NC: Katherine, finally, what kind of impact do you think this award might have on the awardees?

You know, in the early days of Astraea, when our grants were very small, they didn’t necessarily sustain an organization. But the fact that a group of peers recognized that organization and its people, was affirming and helped keep them going.

So I would like to think these individuals would feel similarly. I hope it affirms and says, “We see you. We love you. We deeply appreciate what you’ve done and what you continue to do.”