Convening to Build Solidarity in a Disconnected Region: why it is important to convene and convene well

In September 2018, Angelika Arutyunova, a queer international feminist consultant from Uzbekistan, facilitated an Astraea and Urgent Action Fund for Women’s Human Rights convening for lesbian, bisexual, trans and queer activists from the Central Asia and Eastern Europe (CAEE) region. Here, Arutyunova shares reflections and insights from her experience at the convening. 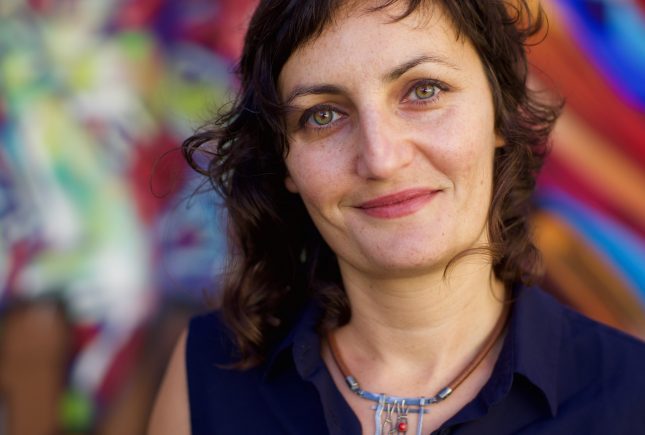 ﻿In September 2018, Astraea and the Urgent Action Fund for Women’s Human Rights teamed up to facilitate a regional digital solidarity convening for lesbian, bisexual, trans and queer activists from the Central Asia and Eastern Europe (CAEE) region. The convening brought together 20 incredible activists from eight countries in the idyllic mountains of Kyrgyzstan, and was an opportunity for activists who often work in isolation to take time out to exchange skills and digital advocacy strategies. Angelika Arutyunova, a queer international feminist consultant from Uzbekistan facilitated the convening. Here – reflecting on her own roots in the region and her background in social justice organizing, philanthropy, and LGBTIQ and women’s rights work – she provides insights on the importance of activist convenings and the power of organizing in an often forgotten region.

Convening to Build Solidarity in a Disconnected Region:
why it is important to convene and convene well

In September 2018, the Urgent Action Fund and Astraea Lesbian Foundation for Justice asked me to facilitate a regional digital solidarity convening for trans and queer activists from my home region of Central Asia, Caucasus, Ukraine and Russia. The convening brought together 20 phenomenal activists from eight countries of the region in an incredibly beautiful mountain settings of Kyrgyzstan. The goal was to build solidarity among these activists, who often work in isolation due to current political context in the region, and offer a space and time for skills and experiences exchange. It was my true honour to facilitate that convening and put into practice my years of experience and firm beliefs of why convenings are very important, how to do them well, and again become a part of power of organizing in this forgotten region¹. I am offering these reflections after the convening that deeper affirmed my beliefs.

Convenings are a place for convergence of new ideas and connections of activists and funders face to face that cannot be replaced. It would be very challenging to have a virtual convening or a social media exchange that would create a trustful space for participants to engage in a deep conversation. For convenings like the one we had in Kyrgyzstan, that aimed to build solidarity and trust, it took careful weaving of methodologies to build trust that led to some profound conversations like the one between genderfluid sex worker activist with a transgender sex-worker from a different country exchanging safety strategies for their work and how to engage police to be on their side instead of part of violence against them.

Another reason is actual safety. Several participants in this convening, and in many others I facilitated, cannot share online what they can share in person, once trust is built. Participants coming from high surveillance police states will only share what is really going on in a face to face conversation, which is absolutely invaluable for donors and activists alike being in that room. Even more importantly, for activists from such contexts, it is healing and contributes to sustainability to get out of very stressful and unsafe environment and to be around other activists from other context to be able to see a bigger picture, a landscape outside of their highly controlled window. In the Kyrgyzstan convening we saw that happen when several participants at first told organizers they will not share their stories due to safety concerns and yet with days passing and trust being further built they opened up and shared some deeply powerful details of harsh realities they face on a daily basis.  It took carefully crafted methodologies like drawing and describing our self-portraits², finding who is in our life boats³, grappling with our collective history of Russian colonialism, and digging deeper in our personal relationship with the language we share to build a space of trust and safety within the convening.

At the core of planning activist centered convenings is care and thoughtfulness, not the objectives of the convening. Following are the ingredients that make a convening successful:

The activist future of this forgotten region is here now!

A wide spread of geography that shares common history of being part of the Soviet Union has been struggling for last 25 years to self-identify and get on a global map in variety of ways. Last 25 years brought a lot of changes across the region, including increased authoritarian regimes, wave of backlash against women’s rights and social justice, oppressions, and homophobia. Activism had to adjust and shift with the context in response to as well as in resistance to it. In the last five years, a new generation of deeply critical and analytical, fearless and bold, brilliant and creative, sensitive and authentic, thoughtful and innovative activists has emerged throughout the entire region. Learning from mistakes and achievements from those who came before them, combining local knowledge with international experiences these activists are the future we’ve been waiting for in our region. While not all of them might be concerned about putting region back on the global map, yet, what they are doing is working from within to make deep changes, to integrate self-care and community care and building at the center of their organizing. Oppressions against LGBTIQ communities are deep, violent, and represent daily concern for safety, so being in the space with activists who sharply denounce fear and boldly propose strategies for change is refreshing and promising. That is exactly how it felt being in this convening in Kyrgyzstan.

It was deeply personal for me to be at this convening and to facilitate it. Having left my home country of Uzbekistan 17 years ago, my heart has never left the region. Being outside, yet deeply connected, allowed me a perspective of insider outsider for many years. Being back to Bishkek where I used to come as a young activist from Uzbekistan for convenings, conferences, and exchanges, was profound. I can clearly see the changes that have been achieved in the past two decades of diligent fearless strategic organizing by so many. Having a dedicated queer owned and led club and community space or a law that protects the rights of transgender citizens or psychologists who are trained to support queer youth was all a dream in the beginning of 2000s. All of that and more is a reality now in Bishkek and in many places across the region. While still facing oppressions, the activism is resilient, deeply political, and playfully creative. This convening was part of planting a seed for more region-wide solidarity and engagement among activists.