Building Our Movements for Trans and Intersex Rights in Africa, Asia, and the Pacific

Through participatory grantmaking, capacity building, regional networking, and international advocacy, Building our Movements aims to scale up the capacity of African, Asian and Pacific human rights defenders to address the rights violations faced by intersex and trans communities in these regions. 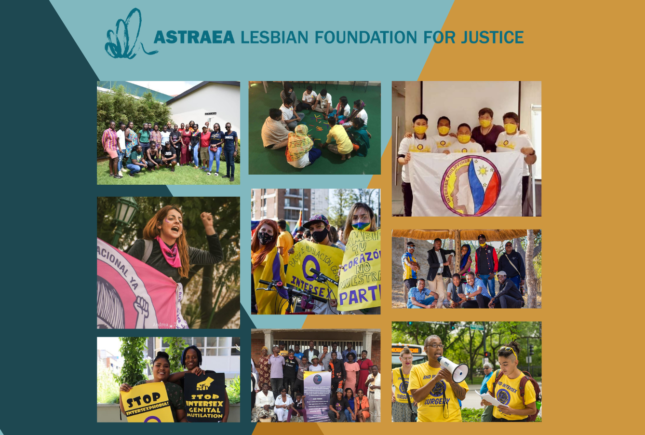 Throughout sub-Saharan Africa, Asia, and the Pacific, intersex and trans movements are experiencing tremendous growth as they seize political and advocacy opportunities. Yet, their progress is hindered by major resource gaps which slow down capacity building, and contribute to a general lack of visibility within the broader LGBTQI movement of the regions.

In 2019, the European Union, in line with its values of cultural diversity, tolerance, and individual freedoms, made funds available to support the creation of Building our Movements, a collective and intermediary fund made up of transnational organizations, including:

Through participatory grantmaking, capacity building, regional networking, and international advocacy, Building our Movements aims to scale up the capacity of African, Asian and Pacific human rights defenders to address the rights violations faced by intersex and trans communities in these regions. The group also brings communities together across borders to strengthen the flourishing movements on the ground.

What has Building our Movements achieved since it began in 2019?

Within two short years, in the midst of a global pandemic, the collective has increased organizational capacity to address trans and intersex issues in the three regions. For example, Trans Fund grantees reported:

Bolstered advocacy for intersex and trans rights at the local, national, regional, and global level. For example:

Increased networking opportunities at the regional level, which created space for exchanging best practices on promoting and protecting trans and intersex rights. For example:

Despite the countless challenges posed by the pandemic these past two years, Building our Movements has made tremendous progress in affirming trans and intersex groups’ rights from the local to international stage. Building our Movements is grateful to the European Union’s support and invites all donors to join us in committing new and increased resources to these powerful, but under-resourced movements fighting for their rights.