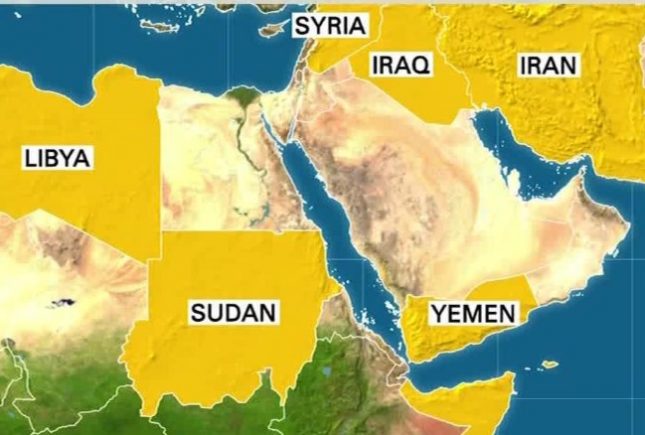 “Today’s executive order does very little to reverse the chaos and devastation created with the first ban, nor does it seek to secure the rights of people fleeing war and seeking refuge and opportunity. This administration continues to go to great lengths to criminalize Muslims and migrants under the perverse guise of national security.

We cannot sit idly by while our Muslim siblings are targeted and black and brown communities are terrorized with daily raids that break up families and incite  fear. Nothing transpiring right now as it pertains to this ban – or the promise of expanded mass deportations – is making the U.S. safer—rather it is putting already vulnerable people at greater risk.

It is our responsibility as part of a  collective resistance to ensure the safety and well-being of those  unjustly and cruelly targeted by this administration. At Astraea, we understand that none of us are free until all of us are free. We will continue to fuel the frontlines of the resistance with the resources and tools LGBTQI activists need to combat this administration’s oppressive agenda.”

In the United States, Astraea fuels the grassroots LGBTQI immigrant movement, supporting a new generation of queer and trans migrant leaders fighting harsh deportation and detention policies, and demanding self-determination for all.

The Astraea Foundation just launched a new fund to help respond to the critical needs within the LGBTQI community in the United States, the Uprising of Love Fund. For 40 years, we have been the only philanthropic organization working exclusively to advance LGBTQI human rights around the globe. We support brilliant and brave grantee partners in the U.S. and internationally who challenge oppression and seed change. We work for racial, economic, social, and gender justice, because everyone deserves to live their lives freely, without fear, and with dignity.