It is a dynamic time for us at the organization, so we wanted to reflect and share some of the recent highlights.

We at Astraea have been up to so much these last few months; we’ve been so many places, and had so many opportunities to build with our incredible partners and peers, funders and allies. It is a dynamic time for us at the organization, so we wanted to reflect and share some of the recent highlights. We organized our first Healing Justice funder convening, supported radical LBQ-led organizing at the Global LBQ Conference in South Africa, and so much more, all the while advocating for more resources for brilliant grassroots LGBTQI activism around the world!

Here’s What We’ve Been Up To 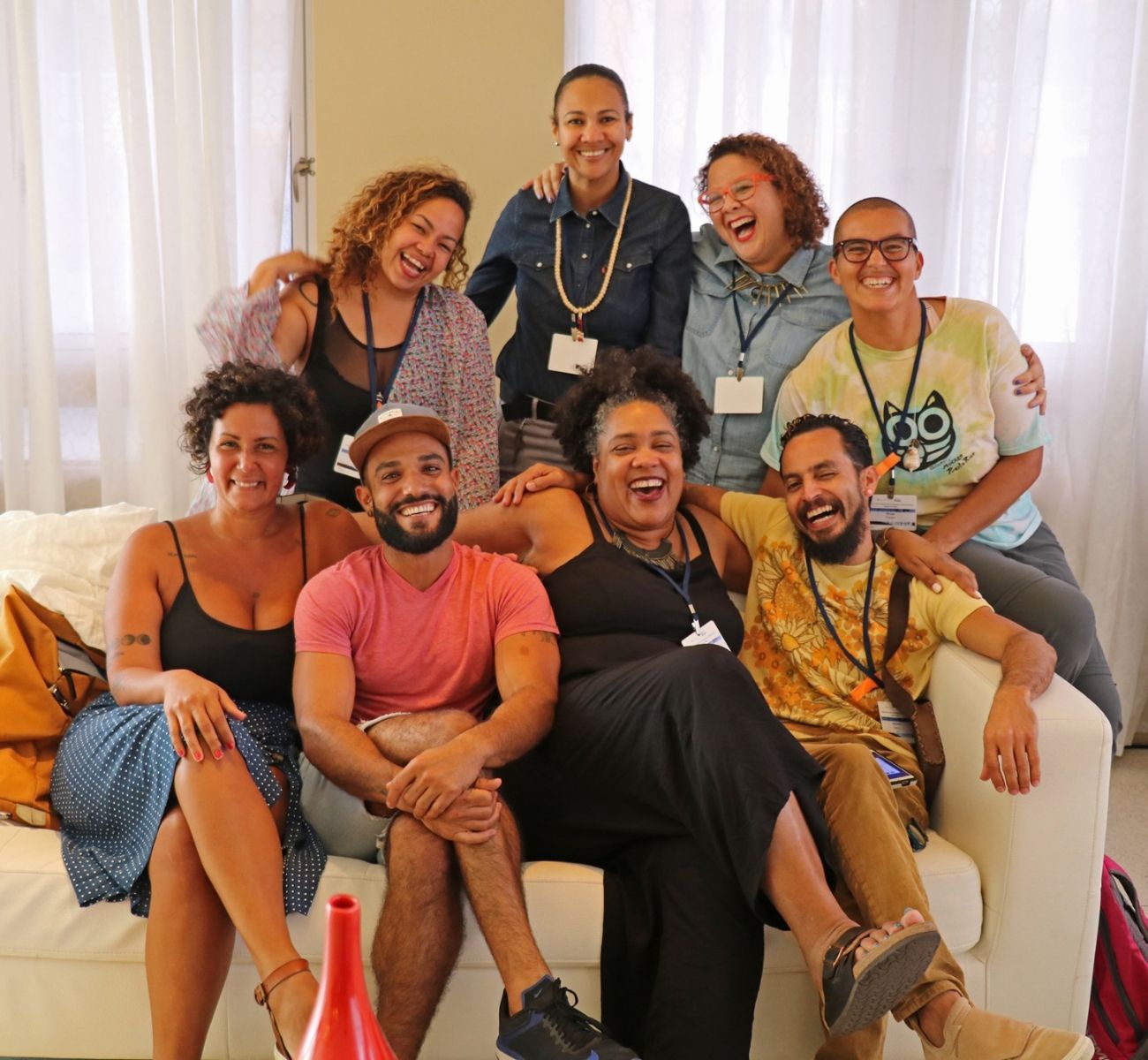 Power and Resistance in Puerto Rico

Earlier this summer, we co-hosted a “Freedom from Violence and Criminalization Convening” for U.S. and Puerto Rico-based grantee partners along with Borealis Philanthropy in San Juan, Puerto Rico. The convening was a generative space for participants to engage in political dialogue, radically re-envision what public safety could look like in communities of color and learn more about emerging movements and structural alternatives, including local organizing work in Puerto Rico. We loved hearing from the participants on their experiences at the convening and what it meant for them to be in Puerto Rico, and we’ve captured some of those conversations in this blog post. 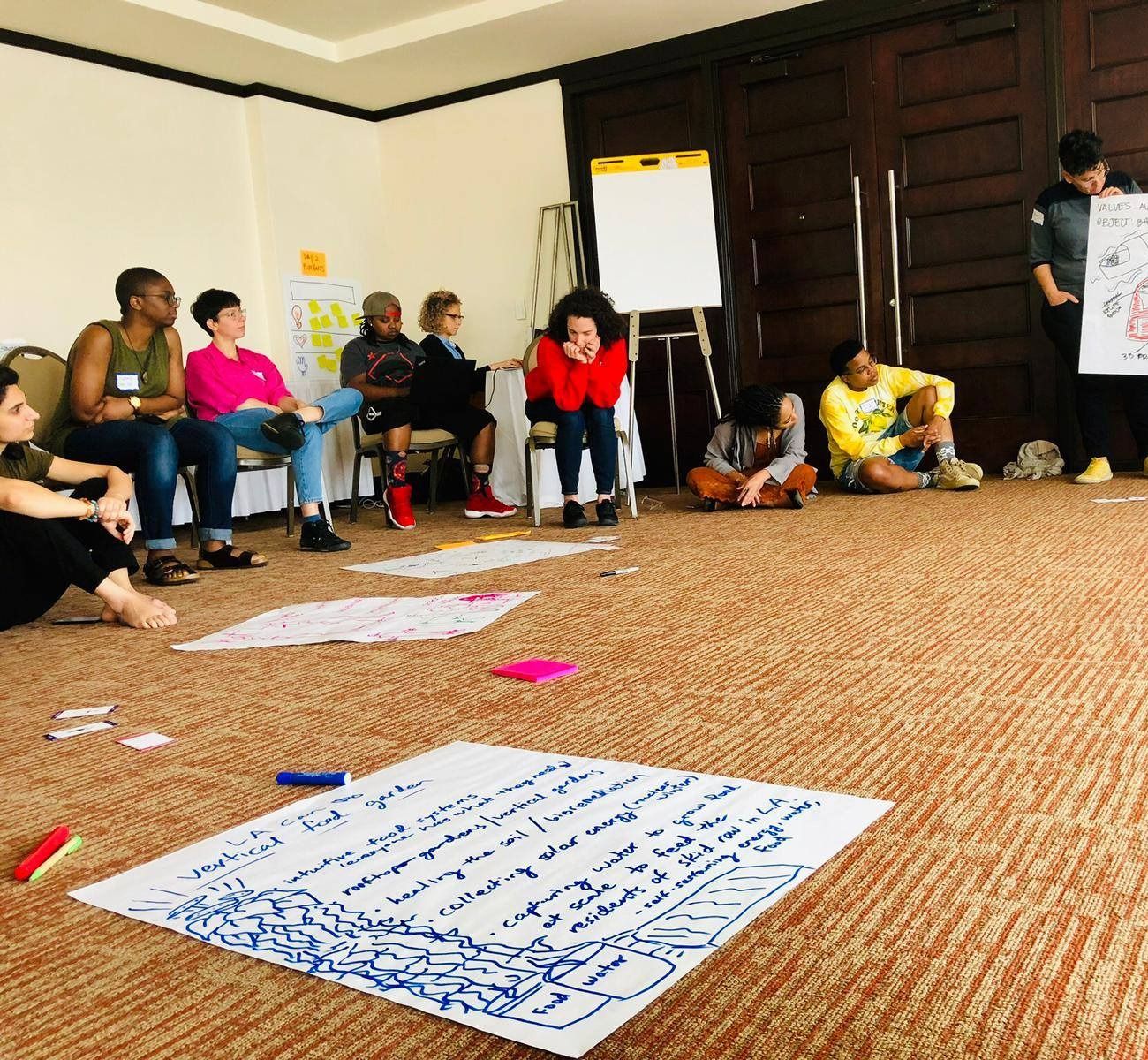 Our two-day data analysis strategy meeting in San Juan, Puerto Rico delved into the findings of our participatory landscape research which maps trends in digital organizing, security, and technology, including issues of surveillance and the broader criminalization of BIPOC, women, queer, Two-Spirit & trans communities. Discussions centered around the existing political and technological realities shaping the experience of movement organizers in the U.S. and Puerto Rico, and the strategies they employ to survive, organize, and subvert criminalization and surveillance. Our research project is being spearheaded in collaboration with Research Action Design (RAD). Stay tuned for its launch in the Spring of 2020! 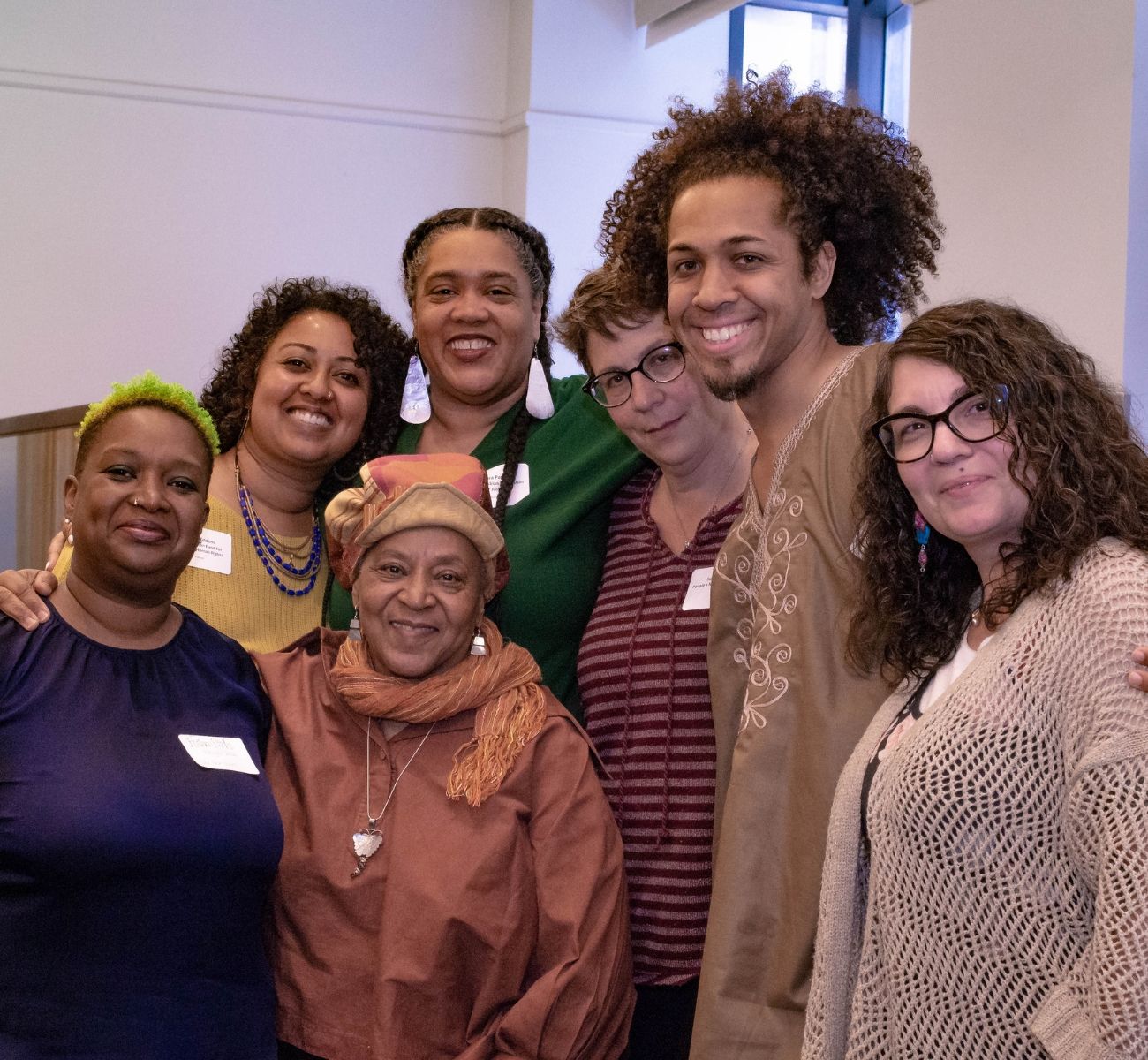 Funding Towards Healing and Liberation

On May 16 in New York, Astraea held a Healing Justice Funder Convening. We brought together 60 funders from 30 philanthropic institutions, alongside 15 organizers and healing practitioners, to strategize about how we can bolster our movements by funding healing justice work. At a time when our communities are facing an onslaught of violence and oppression, the convening was a critical opportunity for funders to discuss how healing justice can promote collective safety and build the power and resilience of movements. Catch up on the brilliance participants shared here. 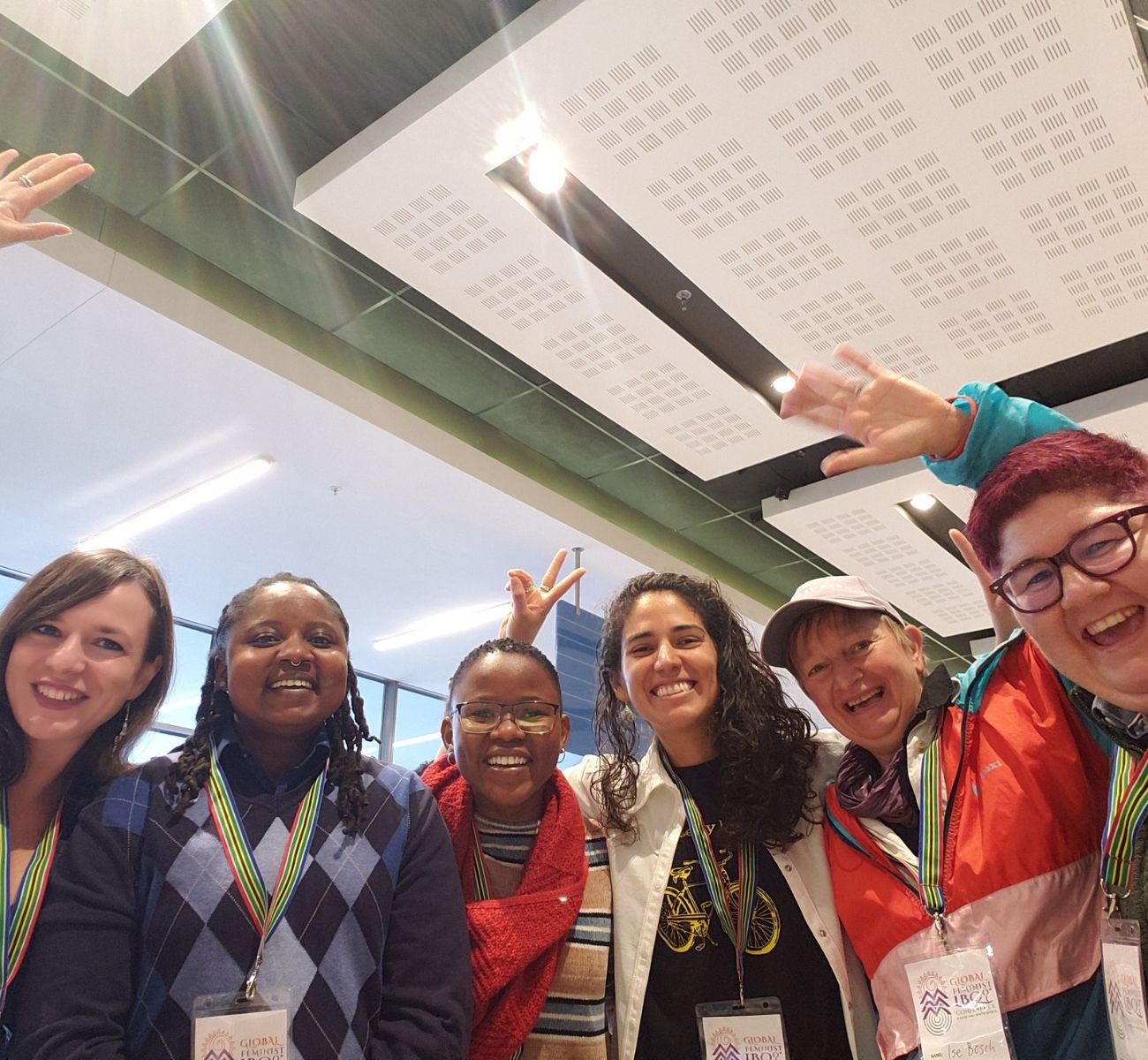 In July, we attended the first Global Feminist LBQ Women’s* Conference held in Cape Town, South Africa! It was a fantastic opportunity to see the fruits of a conference we have been honored to support, and to connect with 30 of our brilliant grantee partners from around the world. Our Program Officers Mariam, Ruth, Lame, Brenda, and Shaena attended as well as some of our wonderful board members and donors. This year’s key themes were ‘Leading, Healing, Transforming’ and we took part in conversations on issues such as queer feminist leadership and accountability within movements, addressing toxic workplace cultures, and the state of intersex organizing globally, as well as witnessed some incredible trans and non-binary organizing. Mariam presented on a panel “Igniting Resources for LBQ Activism”. We’re excited to be part of this global movement furthering LBQ activism globally. 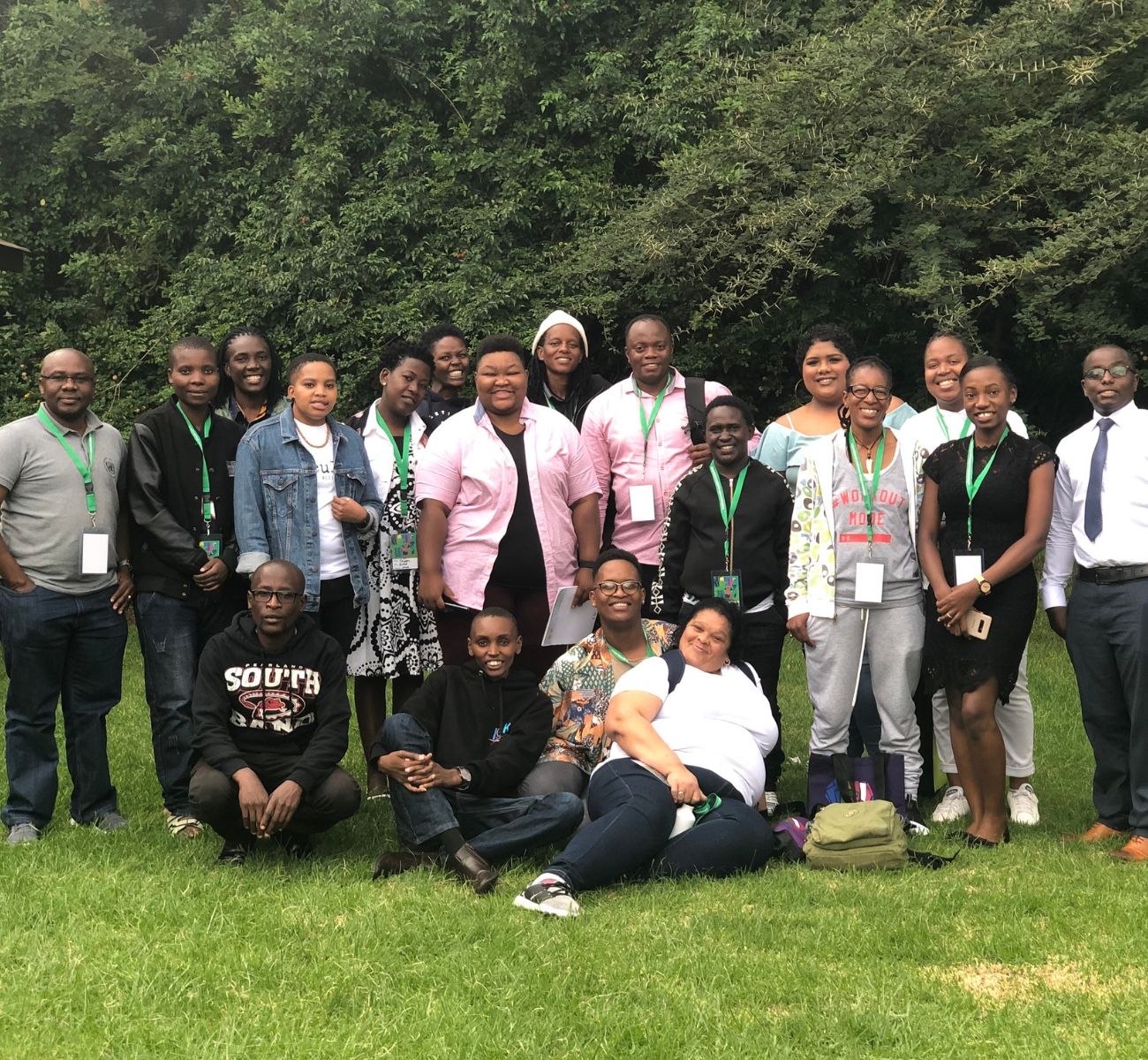 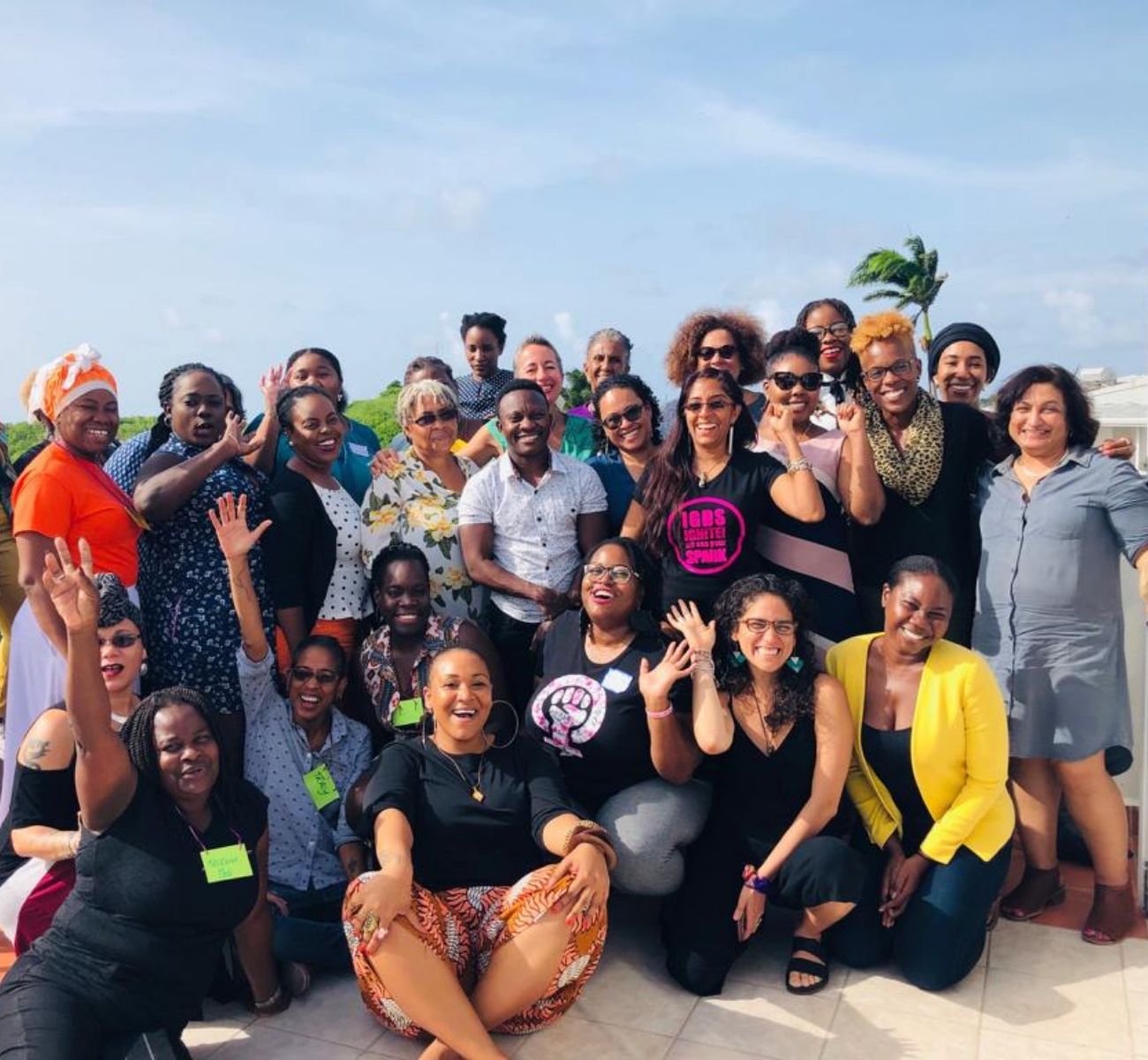 The MATCH Fund and Astraea hosted a two day convening to kick-off our new collaboration as part of Women’s Voice and Leadership – Caribbean. We gathered 25 partners and representatives from women’s organizations and LBTQI groups from around the region to develop and expand the thinking around the program and ensure it responds to the priorities of groups in the region. Women’s Voice & Leadership – Caribbean is a five year initiative for the region supported by the Government of Canada through Global Affairs Canada (GAC) to strengthen women’s organizations and movements in about 30 countries around the world. We are so excited to keep strategizing with MATCH and support incredible LBTQI organizing in the Caribbean! 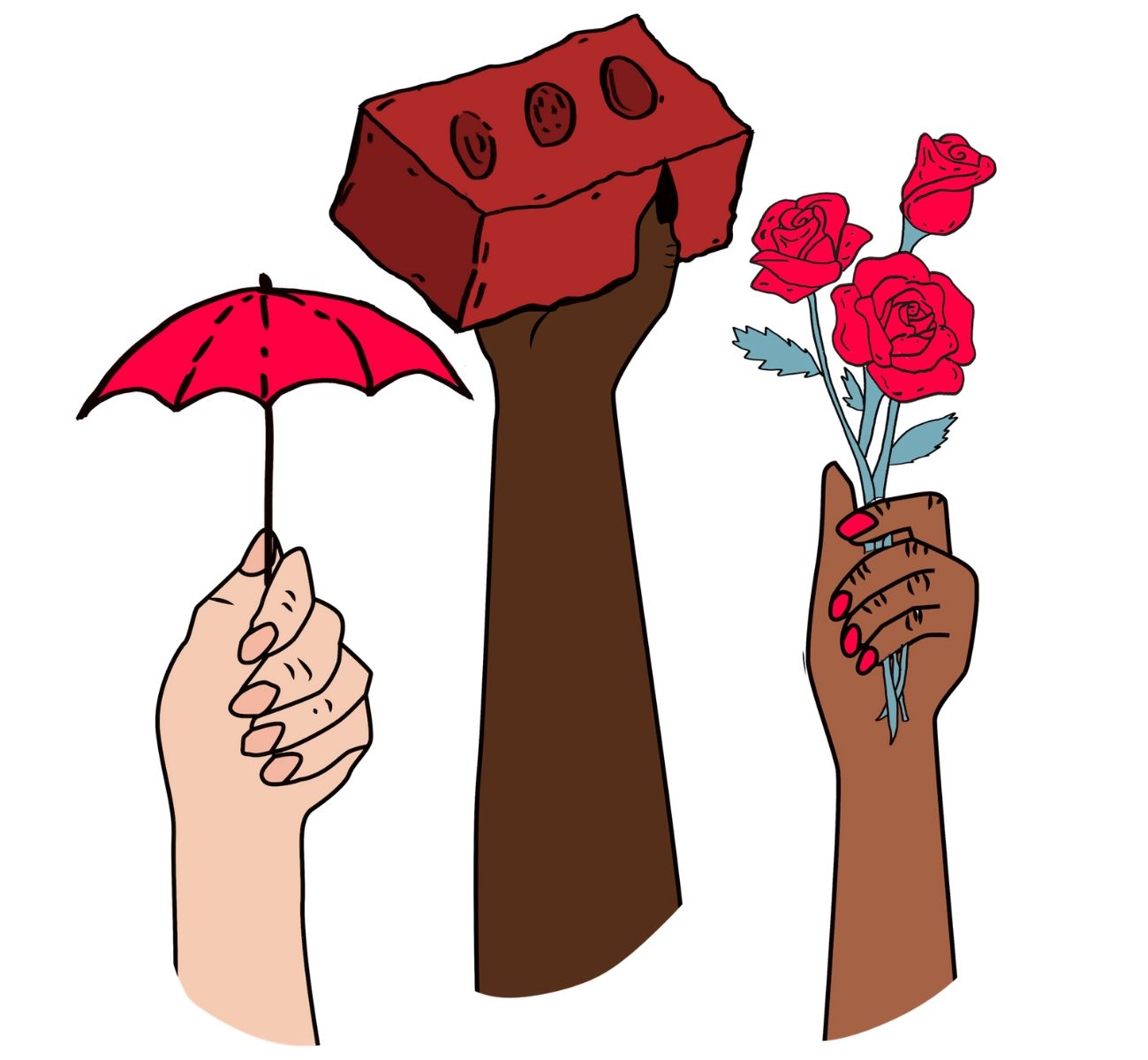 To celebrate the radical roots of Pride and our commitment to the sustainability of grassroots movements for justice, Astraea worked with the artist Amir Khadar (who also designed our beautiful Healing Justice report!) to design three new t-shirts (and stickers!) supporting Healing Justice and Queer Liberation. We really love the shirts, and we think you will too, so get yours through this link. All proceeds will support Astraea’s mission to resource LGBTQI grassroots activism in the U.S. and around the world.