This Administration’s criminalization of undocumented migrants is unconscionable. 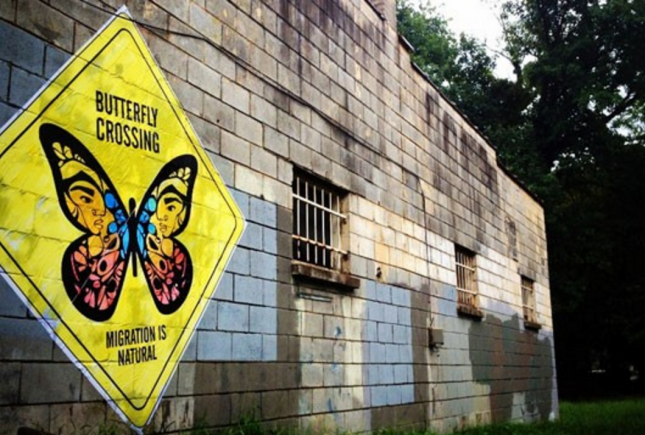 Feb 22, 2017—We at Astraea are doing all we can to stand in solidarity with organizers protecting our LGBTQI communities.

New York, NY—This Administration’s criminalization of undocumented migrants is unconscionable. There are reports of parents being arrested upon dropping their children off at school, survivors of domestic violence being detained when seeking protection from law enforcement, raids breaking up families in the middle of the night, and today the New York Times reported that 10,000 new immigration and customs agents will be hired to enforce these deportations. LGBTQI undocumented people are not only at risk for deportation, but also heightened risk of abuse in detention centers, where many transgender women  are placed in detention cells that do not match their gender, held in solitary confinement, and denied access to life-saving medication.

“Many of the grantees whom we support are on the frontlines resisting this anti-migrant agenda. There are 11 million undocumented people in the United States who came here not only to provide opportunities for their families, but also because their lives were at risk in their home countries. Unfortunately, many LGBTQI migrants were forced to leave their home countries due to the hostilities they faced because of their sexual orientation and or gender identity. Now, they are being locked up in detention centers and subjected to harm at the hands of the United States,” said J.Bob Alotta, Executive Director of the Astraea Foundation for Lesbian Justice.

“We at Astraea are doing all we can to stand in solidarity with organizers protecting our LGBTQI communities. The groups we support are organizing deportation defense workshops, leading campaigns  to release trans woman from detention centers, and facilitating Know Your Rights trainings to increase community safety. That’s why we launched our Uprising of Love Fund, to help provide funding to our grantees who are doing their best to keep our LGBTQI migrant population safe—both physically and emotionally— as we navigate uncertain and oppressive politics. We need to remain active and vigilant. An attack on any member of our community is an attack on all of us and we must respond collectively, strategically and from love,” Alotta continued.

The Astraea Foundation just launched a new fund to help respond to the critical situation within the LGBTQI community, called the Uprising of Love Fund. For 40 years, Astraea has been the only philanthropic organization working exclusively to advance LGBTQI human rights around the globe. They support brilliant and brave grantee partners in the U.S. and internationally who challenge oppression and seed change. They work for racial, economic, social, and gender justice, because everyone deserves to live their lives freely, without fear, and with dignity.