So far in 2018, we’ve been hustling in big and small ways to fuel movements for global LGBTQI justice. Below are a few recent Astraea highlights showcasing the breadth and depth of our collective commitment to liberation.

We’ve been hustling in big and small ways to fuel movements for global LGBTQI justice. Below are a few recent Astraea highlights showcasing the breadth and depth of our collective commitment to liberation. We’re partnering on pioneering LGBTQI research, connecting communities through events and creating spaces that center healing and holistic visions of justice, along with our continued commitment to resource activists on the frontlines. Here’s how we’ve showed up so far this year: 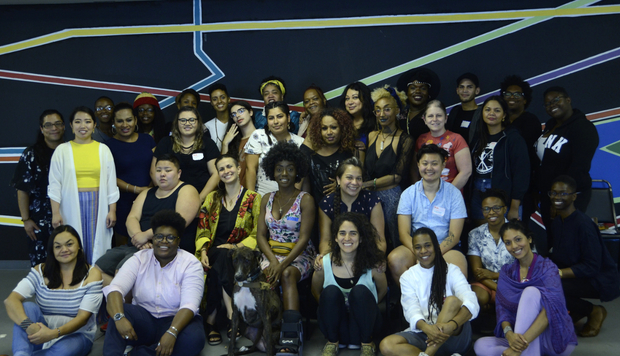 Just before the start of the Allied Media Conference this June in Detroit, Astraea convened members of US Fund grantee partner organizations at our Healing Justice and Resiliency Gathering. The Gathering allowed grantee partners to connect and share healing justice strategies and ideas from their local regional contexts. Later this year, we’ll publish a longer report on Healing Justice and Holistic Security.

Elevated the work we support through the Why We Fund series 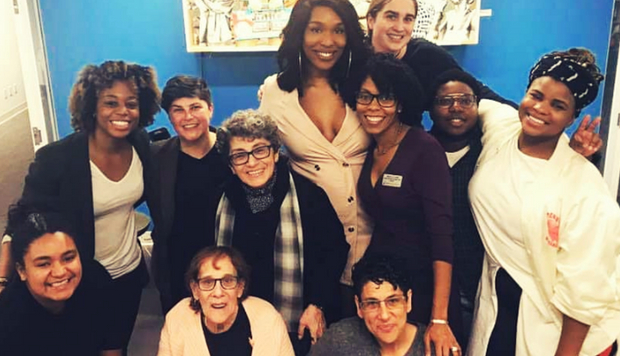 Photo: Astraea staff and Why We Fund attendees pose with Aaryn Lang and Katherine Acey following their February 2018 event

Our new Why We Fund event series opened up Astraea’s office in NYC for community members to learn more about who, where, and why we fund. We’ve held events about intergenerational activism, intersex activism, and funding in the Global Southeast, and we’ve lifted up the work of people like Katherine Acey, Aaryn Lang, Pidgeon Pagonis, and Jean Chong. Follow us on Facebook and Twitter for announcements about upcoming Why We Fund events. 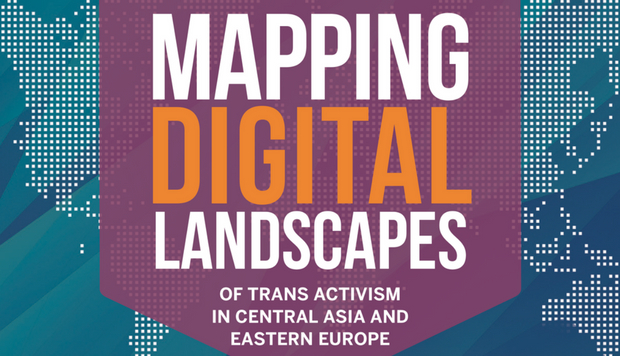 Together with Transgender Europe (TGEU), Astraea released a report providing a regional overview of digital organizing by trans activists in 26 countries of Central Asia and Eastern Europe. The report emphasizes shared patterns of digital usage, barriers to free and safe use of the internet, and resistance strategies to homo/transphobic-motivated censorship, surveillance, and online attacks. Read the report here, and a recently published article via Access Now here. 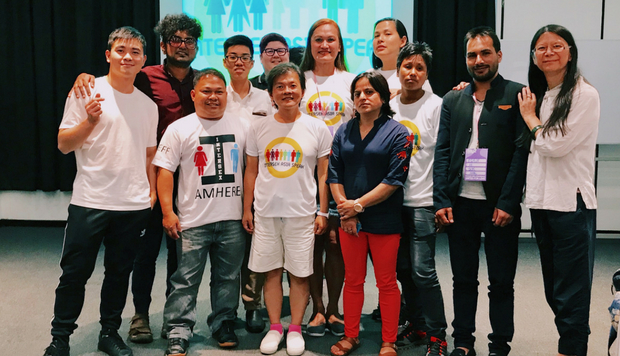 We helped sponsor the first regional intersex convenings in Latin America and Asia. In research from our recent The State of Intersex Organizing (2nd ed) report, intersex groups reported an ongoing desire for convening spaces. The regional meetings provided an excellent opportunity to have focused discussions on regional priorities and strategies; and specific needs for intersex organisations and intersex individuals in the region. Each region produced a statement and two regional networks were set up in Latin America and Asia. Read the statements from each convening: Asia, Latin America. 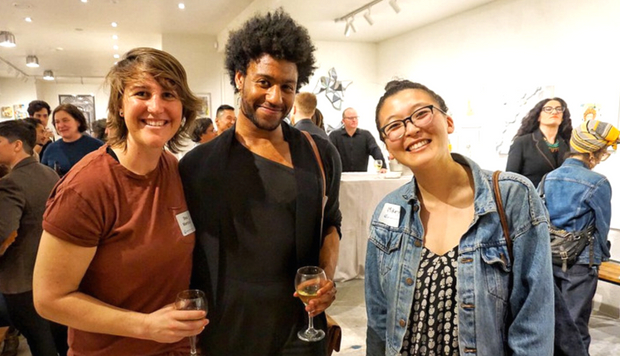 Astraea has helped host events in cities all over the U.S. to bring together Astraea grantee partners, donors, and community members to support LGBTQI movements worldwide. We have many more events planned, so stay tuned—we may soon be in a city near you! 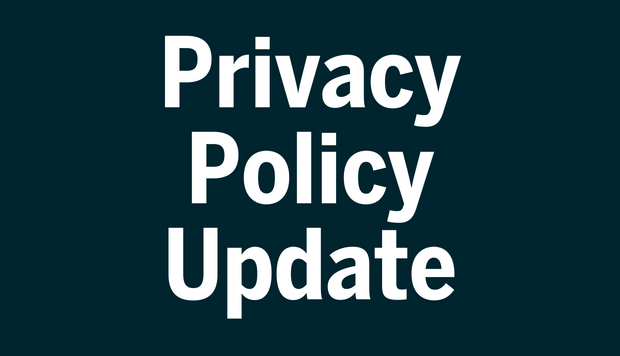 In order to comply with the GDPR and to shift with the changing digital landscape, we’ve updated our privacy policy. Read it here! 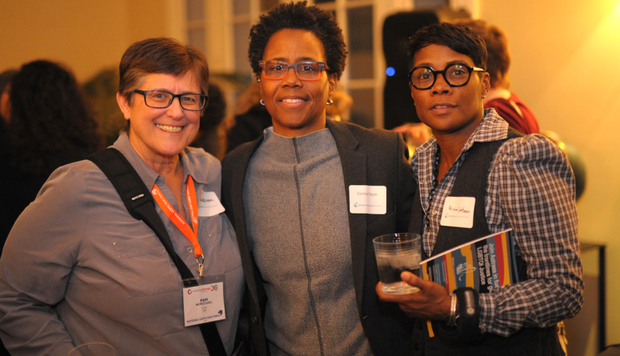 Build community with us, call your friends, and maximize your impact by shifting resources to the frontlines! Hosting a house party for Astraea is now easier than ever! Learn how in our new house party toolkit. By sponsoring a house party, you are helping to promote our mission to advance the economic, political and cultural empowerment of LGBTQI people globally. 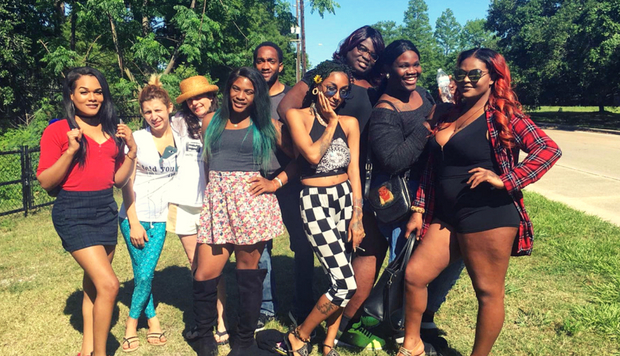 Photo: Members of grantee partner BreakOUT! based in New Orleans

Launched our Fertile Ground Fund making a total of $110,000 in grants to 15 organizations 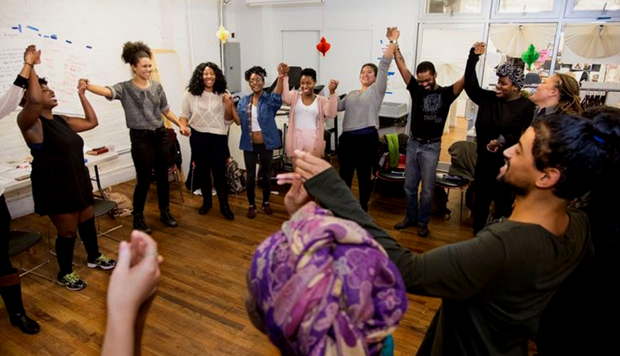 Organizations often require more than just campaign-based support, they need resources to heal, survive, thrive and make change. The Fertile Ground Fund bolsters our movements’ capacities to build power by providing a flexible source of funding based on unanticipated or emerging needs and desires of Astraea’s grantee partners. It supports projects that combat the violence of policing, deepen cross-movement collaborations to end state criminalization, and invest in resiliency strategies for long-term sustainability. Stay tuned for more information on the grantee partners and the next round of grantmaking.