WE’RE SOLD OUT! This year’s Awards are sold out, but there are still opportunities to celebrate the honorees and support Astraea’s critical work. Please consider making a donation in honor or memory of one of the honorees, or sponsoring tickets for local activists.  The 2014 Fueling the Frontlines Awards will take place on Friday, May … END_OF_DOCUMENT_TOKEN_TO_BE_REPLACED

WE’RE SOLD OUT! This year’s Awards are sold out, but there are still opportunities to celebrate the honorees and support Astraea’s critical work. Please consider making a donation in honor or memory of one of the honorees, or sponsoring tickets for local activists.

Tracy Baim is publisher and executive editor at Windy City Media Group, which produces Windy City Times, Nightspots, and other gay media in Chicago. She co-founded Windy City Times in 1985 and Outlines newspaper in 1987. She has won numerous gay community and journalism honors, including the Community Media Workshops Studs Terkel Award in 2005. She started in Chicago gay journalism in 1984 at GayLife newspaper, one month after graduating with a news-editorial degree from Drake University.

Baim is the editor and co-author of Gay Press, Gay Power: The Growth of LGBT Community Newspapers in America (2012), a finalist for a Lambda Literary Award and a Top 10 selection from the American Library Association GLBT Round Table.

She is the author of Obama and the Gays: A Political Marriage (2010, Prairie Avenue Productions). She is also the co-author and editor of Out and Proud in Chicago: An Overview of the Citys Gay Community (2008, Agate), the first comprehensive book on Chicagos gay history (the companion website is ChicagoGayHistory.org); and author of Where the World Meets, a book about Gay Games VII in Chicago (2007, Lulu.com). Baim served as co-vice chair of the Gay Games board). Her most recent books include a novel, The Half Life of Sgt. Jen Hunter, about lesbians in the military prior to Don’t Ask, Don’t Tell (it was the stage play Half Life in 2005), and the biographies Leatherman: The Legend of Chuck Renslow and Jim Flint: The Boy From Peoria.

Baim was executive producer of the lesbian feature film Hannah Free, starring Sharon Gless (2008, Ripe Fruit Films) and Scrooge & Marley, a gay Christmas Carol, in 2012. She was inducted into the Chicago Gay and Lesbian Hall of Fame in 1994 and was named a Crains Chicago Business 40 Under 40 leader in 1995.

She is also creator of That’s So Gay!, a 2,400-question LGBT history trivia game.

Julio Rodriguez has been involved for over thirty years in a number of community projects and or organizations. He is one of the founders and current Board President of the one of the few Latino gay, Lesbian, bisexual, transgender and questioning non-for-profit organization in Chicago and the Midwest, The Association of Latinos/as Motivating Action (ALMA). ALMA has been around since 1989 and has been at the forefront of issues impacting the Latino gay, Lesbian, bisexual and transgender (LGBT) community both locally and nationally. In 2000, ALMA was inducted into the Chicago Gay and Lesbian Hall of Fame for its work in the Latino gay community. It was also of the first Latino, gay, non-AIDS-related organizations to receive HIV/AIDS funding from the CDC. In 2001, the group received funding for its Amigos Apoyanado Amigos, peer to peer lead gay, bisexual and questioning mens support group.

Julio has also served on a number of other local, state and national boards such as the AIDS Foundation of Chicago, the Mayor’s Advisory Council Gay, Lesbian, Bisexual and Transgender Issues, The Illinois Latino Prevention Network, Illinois Anti-Violence Authority, the National AIDS Prevention Coalition and the National Latino Lesbian and Gay Organization (LLEGO) and the Color Triangle. In addition to serving on the Board of the Center on Halsted, the first LGBT community center in Chicago, for ten years, he was also recently appointed to the CORE center at Cook County Hospital, one largest community hospitals, serving people with HIV/AIDS. He also serves on the Board of La CASA Norte, the largest provider of homeless services to Latino families and youth in the City of Chicago.

Julio is a native of Chicago, Puerto Rican and has a degree in Business from DePaul University. In 2001 he was recognized in the International “Who’s Who” for Public Service, and again in 2012 in the Latino “Who’s Who” for Community Leadership. He also received the 2003 Community Leader Award for Philathropy from the Chicago Latinos in Philanthropy, and in 2004, was inducted into the Chicago Gay and Lesbian Hall of Fame. 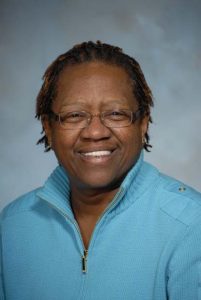 Vernita Gray was one of Chicago’s longest and most prolific activists for LGBT rights. She and her wife Pat Ewert were the first same-sex couple married legally in Illinois, Nov. 27, 2013, after winning a court victory because of Gray’s critical health situation. That paved the way for additional court rulings that hastened marriage in Illinois ahead of the original June 1, 2014 implementation of full marriage equality in the state.

Gray was a ubiquitous activist. In the early 1970s, she was instrumental in starting the first gay and lesbian helpline in Chicago in her own apartment. Her one-bedroom place on 56th Street and Drexel Avenue also served as an overnight shelter for a number of teens who had been kicked out by their families because they were gay, lesbian or transgender. Gray gave them a place to go and was there to lend a hand when they needed someone. She was also an editor and wrote for the Lavender Woman newspaper in addition to working on her own writing and poetry and eventually releasing the chapbook Sweet Sixteen.

She worked in the Cook County State’s Attorney’s Office for 18 years, including in the position of victim/witness assistant, where she helped LGBT crime survivors, and as an outreach worker on LGBT issues. Prior to that, she owned the popular Sol Sands restaurant in Uptown.

For her work, Gray has received dozens of honors. She was inducted into the Chicago Gay and Lesbian Hall of Fame in 1992. She received the prestigious Stonewall Award, the Horizons Community Services Human First Award and many other accolades.

Gray’s life is documented in the upcoming book, Vernita Gray: From Woodstock to the Whitehouse, by Tracy Baim and Owen Keehnen. (Source: Windy City Times) 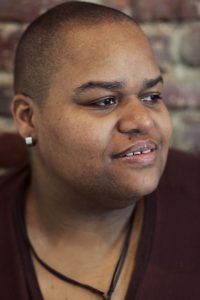 Toshi Reagon is a talented, versatile singer, composer, musician, curator and producer with a profound ear for sonic Americana–from folk to funk, from blues to rock. While her expansive career has landed her comfortably in residence at Carnegie Hall, the Paris Opera House &  Madison Square Garden, you can just as easily find Toshi turning out a music festival, intimate venue or local club. Toshi knows  the power of song to focus, unite and mobilize people. If you’ve been lucky enough to be in Toshi’s presence, you know you can’t walk away from her without feeling better about yourself as a human being. She aims for nothing less.

Toshi has been the recipient of a NYFA award for Music Composition, She co- composed music for two Peabody award winning films, The Black Lily Music and Film Festival Award for Outstanding Performance. She is a National Women’s History Month Honoree, and is the 2010 recipient of OutMusic’s Heritage Award. Her collaborators include Lizz Wright, Chocolate Genius, Robert Wilson, Ani DiFranco, her band BIGLovely and her mother Bernice Johnson Reagon.

Toshi’s current touring projects include “Celebrate The Great Women of Blues and Jazz” A 16 piece all women’s ensemble of some of New York’s best Instrumentalist and vocalist. The Opera, “ Zinnias- The Life of Clementine Hunter”. Directed by Robert Wilson. Libretto and Music by Bernice Johnson Reagon and Toshi Reagon, Book by Jacqueline Woodson. “The Blues Project” A Collaboration by Dorrance Dance and Toshi Reagon and BIGLovely.

Toshi also created the Words* Rock* & Sword: A Festival Celebration of Women’s Lives as a way to learn and be connected to the powerful work and skills coming from the Women in her community. The festival brings together, Musicians, Film Makers Heath Educators, Dance Instructors, Activist, Community Organizations and everyday brilliant people. It is open to all. Learn more at www.toshireagon.com