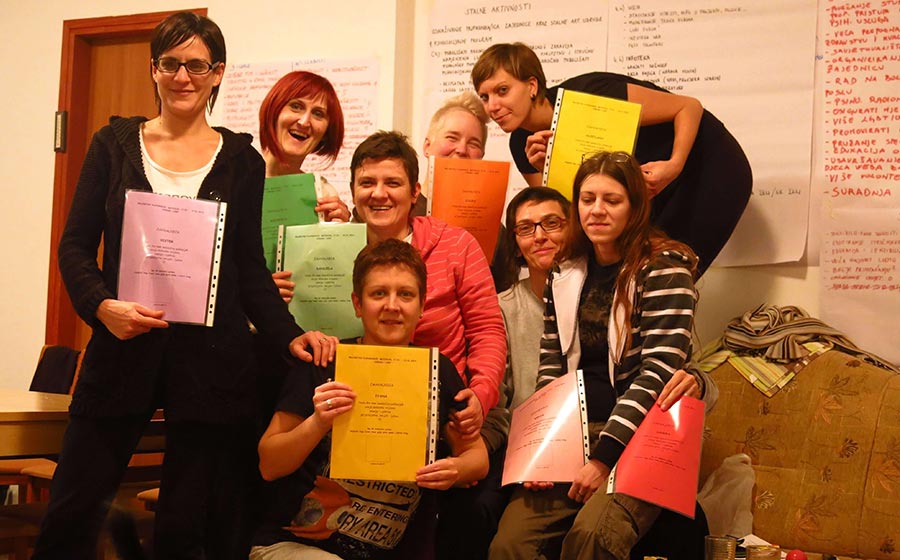 Founded in 2000 and 2002 respectively, Lesbian Organization Rijeka (LORI), http://www.lori.hr/, and Zagreb Pride, http://www.zagreb-pride.net/en/, are two long-established and experienced LGBTQI organizations contributing to LGBTQI, feminist, progressive and anti-fascist movement advancements in Croatia. Zagreb Pride was originally formed to make the pride march in Zagreb, an important political intervention of its time, into a more sustainable ongoing activist project. Over the years, it has grown to become a leading queer-feminist organization, led by a trans activist and engaged in research, advocacy and direct action as key strategies to assert LGBTQI rights nationally, particularly to reduce violence and discrimination and gain legal recognition of non-normative families. LORI, the first registered LGBTQI group in Croatia, is also recognized as a key leader in promoting LGBTQI identity and culture, building public support for LGBTQI issues and working to attain an inclusive and non-discriminatory educational environment for young people. In 2012, they published an anti-bullying handbook for high school teachers and counselors, and as a result of their patient and consistent educational efforts, became the first LGBTQI group to work directly in high schools and be part of official school programs.

Founded in 2012, kolekTIRV (ex-Trans Aid) is the first trans group to form in Croatia, working to create a just society that includes the right to gender and sex self-determination.

kolekTIRV (ex-Trans Aid) was formed in 2012 to support the needs of the community. It is the first organisation in Croatia dealing specifically with the rights of trans and intersex persons. Last year, they succeeded in securing a first paid position for the intersex coordinator of the intersex project and a stable intersex program. They engage in community support with online counseling, and with hosting the 2019 European Intersex Community Event and Conference. They are also involved in awareness–raising with training in high schools and social media campaigns with original content and translations from OII Europe content. They are also helping researching the hospitals practices on intersex children in Croatia.