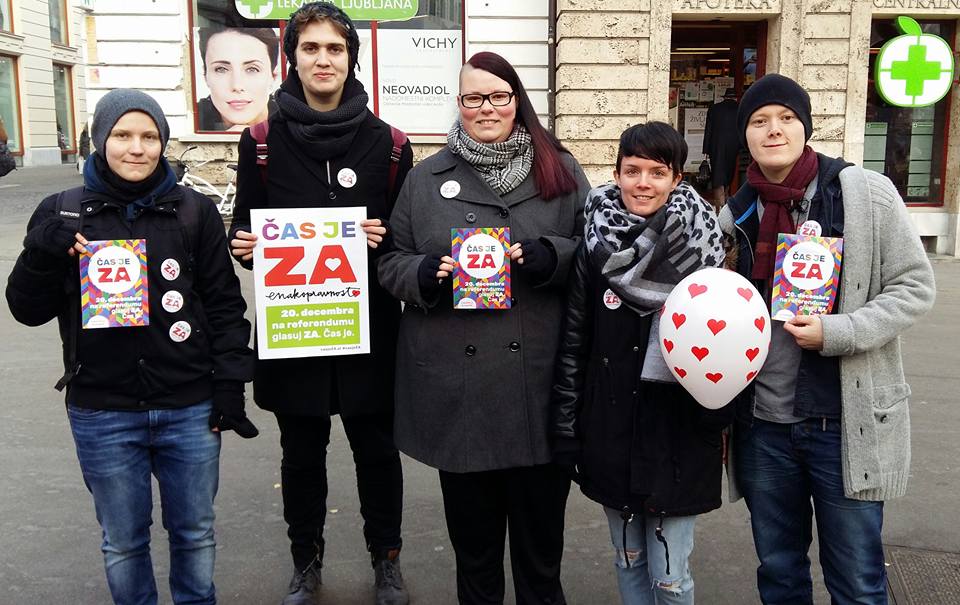 Institute TransAkcija is a young, feminist, grassroots trans NGO working to advance gender justice in Slovenia. Formed in 2014, they are the first and only trans group in the county. Their goals include addressing the legal and systematic erasure of trans and gender non-conforming people from legislative and social structures, raising visibility and awareness of transgender communities and issues, and building a strong transgender community with diverse leadership. In the short period of their existence, they have established themselves as recognized community advocates. In addition to their core psychosocial service provision and peer-support programs, host annual “TransMisija” conferences during Transgender Awareness Month, bringing together transgender community members, activists, NGOs, academics, professionals and government representatives. They have advocated to broaden regulations for legal gender recognition and achieve the inclusion of gender identity and expression protections in Slovenia’s anti-discrimination laws––the first time these personal circumstances have ever been considered in Slovenia. Recently, they worked with a Canadian trans filmmaker to produce a film called Transgender Life in Slovenia, which is now screening across multiple countries.

The multimedia festival ran from November 3rd to 10th. Among its highlights were the launch of two groundbreaking historical works: a book and a feature-length documentary on the history of KUC-LL and the lesbian movement in Slovenia.

KUC-LLs book, Lesbian section LL: chronology 1987-2012 with prehistory, received support from the Ministry of Culture. In contrast, their documentary, Relations. 25 years of the lesbian group KUC-LL, Ljubljana, is a grassroots production made without any Slovenian government or non-governmental organization funding. The film traces KUC-LLs history in relationship to deeply shifting socio-political contexts. It begins in 1987 former Yugoslavia, where KUC-LL formed amidst socialisms collapse into neoliberal capitalism. The film follows the organization through the political upheaval and violence of the 1990s, to Slovenias joining the EU after 2004, and finally to the rejection of a new family code by a referendum in March 2012 in which basic human rights for same sex unions and their children were denied.