Sayoni was founded in 2006 by six women from diverse backgrounds, age, economic status and ethnicities. 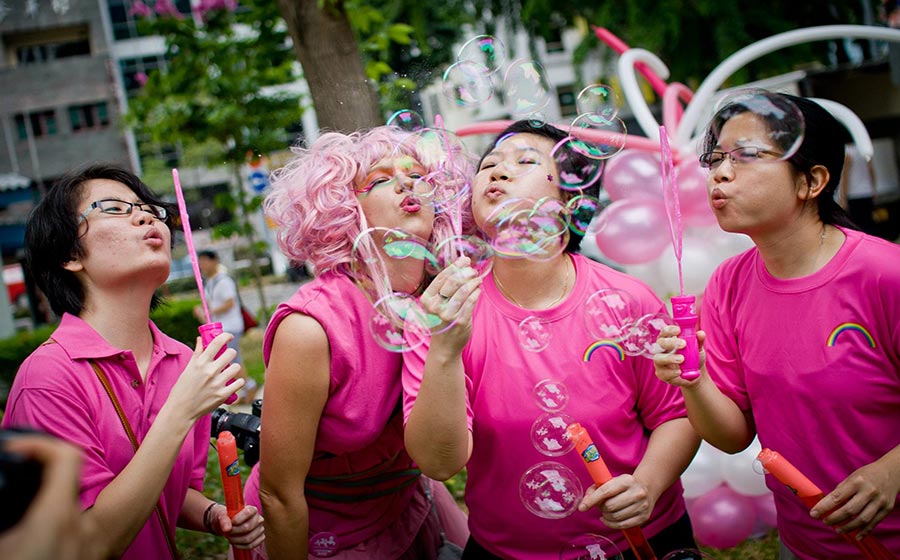 Sayoni was founded in 2006 by six women from diverse backgrounds, age, economic status and ethnicities. They came together to increase queer women’s leadership in social justice activism and the advancement of LGBT rights. They engage in a variety of strategies, from hosting public forums and cultural organizing for “Indignation,” Singapore’s Pride Month, advocacy with state institutions, increasing representation of LGBTQ issues in the media, using UN mechanisms, regional advocacy, to research and advocacy on LGBT rights . Taking a explicitly rights based approach to activism, they often work with broader civil society groups to assert the recognition of LGBTQ lives and communities in the context of wider social and political goals. Similarly within the LGBTQ movement, they resist ‘single issue and identity-based politics’ and raise the visibility of LBT communities. In 2016, Sayoni launched a highly popular activism event called “Human Writes,” which brings together participants from all walks of life to compete in a spoken word competition on a range of human rights themes. At the regional level, Sayoni is an active member of the ASEAN SOGIE Caucus and along with the Chinese Lala Alliance, is hosting a South-South learning hub to share skills and train LGBTQ communities on using treaty bodies like CEDAW and CRC to make changes back in their respective countries.