The Queer & Trans People of Color Birthwerq Project started in 2014 to create more access to birth education for trans and gender non-conforming people of color. 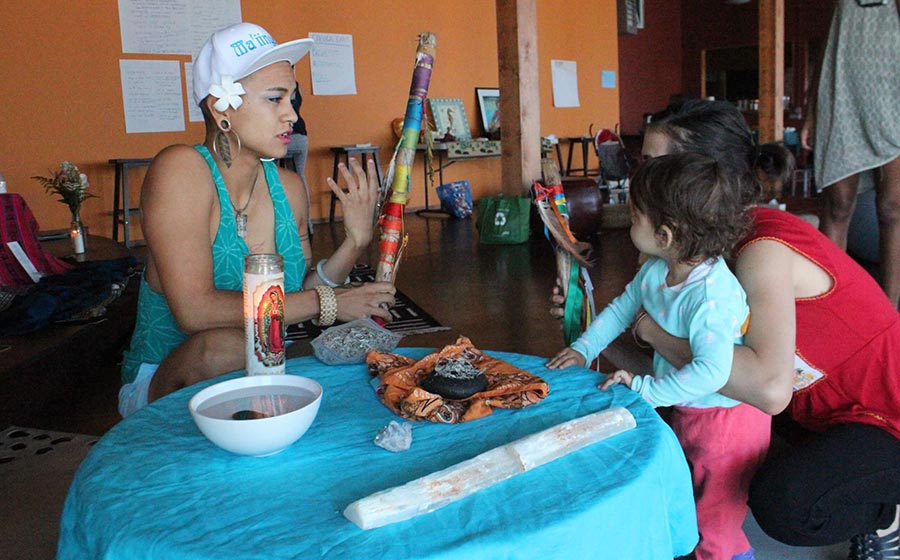 The Queer & Trans People of Color Birthwerq Project started in 2014 to create more access to birth education for trans and gender non-conforming people of color. Birth education is largely inaccessible not only due to tuition rates, but also because it is often highly gendered and dominated by white, cisgendered, upper-class, heterosexual women. There are many more kinds of pregnant people than are represented in the licensed/certified U.S. birthworker demographic. QTPOC Birthwerq Project is committed to shifting this work back into queer and trans communities of color by offering ways for QTPOC to learn about birth and pregnancy in a setting that is trans-positive and competent, that is encouraging of community doulas, and that centers the rich legacy of POC birthworkers in the U.S. Their mission is to not only increase the number of trans people of color doulas, particularly trans women of color, but also to build and support movement building between reproductive justice and trans justice. Their work aims to begin to heal/mend the disconnect between these two movements by remembering and reclaiming that work as advocates and birthworkers was always together. This organization is supported through the Funding Queerly Giving Circle, which is housed at Astraea.