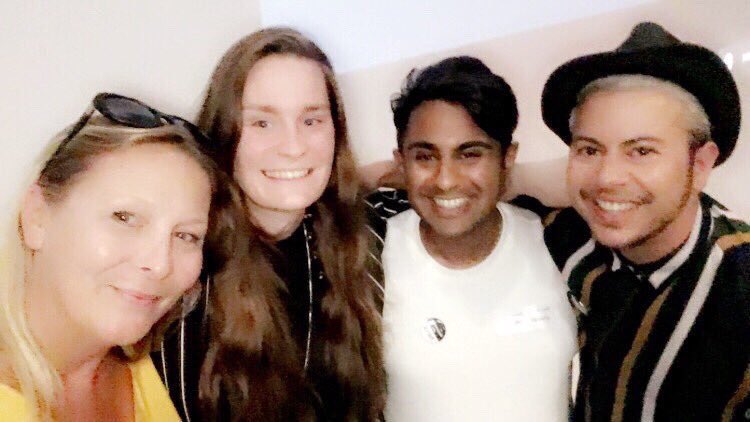 IntersexUK (iUK) is an organization led by four intersex bodied people, and supported by professional associate intersex members who volunteer as intersex outreach educators. iUK was founded in mid 2011 as the first UK intersex NGO; to educate and consult to ensure protection, safety, choice and equality becomes afforded to intersex born boys, girls and adults regardless of gender or age. IntersexUKs manifesto focuses on presenting a wide breadth of opportunity: consultation, education and media profiling; representing consented lived intersex testimony, intersex data and presentation of international human rights law, via extensive lectures, symposiums, seminaries intersex trainings, workshops and importantly parliamentary interventions . iUK drives forward internationally agreed demands which they are co authors and signatories too (The Maltese Declaration). iUK present why the current surgical and hormonal ‘treatments’ model prescribed to children without the person’s autonomy or fully informed peer supported consent is in breach of international human rights law and this dated and inappropriate; it creates typically irreversibly damage to bodies, and the lack of appropriate choice and care severely affects the person’s bodily function and emotional well being later in life. iUK represent a need for a ‘psyco social’ care model to be ‘implemented’ alongside appropriate recognition for the person, their future choices and their family / carers support and thus full equality for intersex people.  iUK recognise intersectionality in all they represent and work towards; to stop irreversible sterilizations, sex assignments, genital mutilations and medical display of children and others is their fundamental objective. IntersexUK highlight the importance of greater respect and education plus non patient peer support to be afforded to the parent or carer of intersex children, and the need for emotional care. Children and other intersex people in the UK should be afforded human rights and civil rights equal to that of non intersex people. The consideration of remuneration for people who have experienced irreversible damage via medical miss management and denial of support is also presented.

IntersexUK were the first UK NGO to be public–their co directors and some members profiled their faces in international press, and in doing so initiated the breakdown of stigmas, Shame and secrecy. Holly Greenberry also sits as the only intersex representative on the Westminster parliamentary forum for gender identity.

Intersexuk works with government, parliamentarians, human rights commissioners, universities and the media to raise awareness regarding non-consensual medical interventions and the lack of legal protections for intersex bodied people. IntersexUK collates information on intersex human rights abuses and is currently working towards engaging more UK wide legislators to to continue supporting their work, and bring about legal UK equality laws as is in line international human rights laws and requirements of UK governments. The organization plans to engage increasing key ministries, political parties and human rights allies to bring discussion ‘to the table’ examining why non autonomous irreversible non-medically required “normalizing” and other medical interventions should stop, iUK define many procedures as being experimental with no known outcomes. iUK will focus to work in cross party unity as key consultants to bring about both UN and collated intersex demands into UK laws following suit of that now current in Malta. The organization also plans to create the first fully inclusive official support group for intersex people and their families with a focus on positive age appropriate peer support, appropriate care, and respect to individuals and the families / carers of intersex children. IntersexUK do not use the term ‘intersex’ to define a child’s gender, the term is used as a generic umbrella term to highlight children born with typically healthy bodies that differ in some way from the typically perceived male or female biological form. IntersexUK will launch a new website in 2016; and continue expanding its education efforts to nursing, midwifery and other medical schools. IntersexUK became the first UK organisation to bring intersex voices and consultancy to England,Scotland and Ireland presenting at public events, training human rights commissions and commissioners as well as public sector bodies. IntersexUKs Holly Greenberry, DawnVago (co founder and co director) became the first public intersex faces in the UK having featured and profiled themselves and their work nationally and internationally delivering intersex education and demands in ‘The Independent on Sunday’, ‘The Times’ (sunday supplement), ‘The Guardian’ (saturday supplement-front page), BBC radio, documentary and news room discussions. Greenberry and Vago were openly voted into the Rainbow list in 5th position as a new entry in the UK’s top 100 LGBTI people. Co-leader Holly Greenberry worked with an international delegation and became the first affected woman to address member states at the U.N. in Geneva in 2014.