Campaign for Change (CfC) is a nonprofit, non-governmental organization, working to improve the situation of intersex people in Nepal. 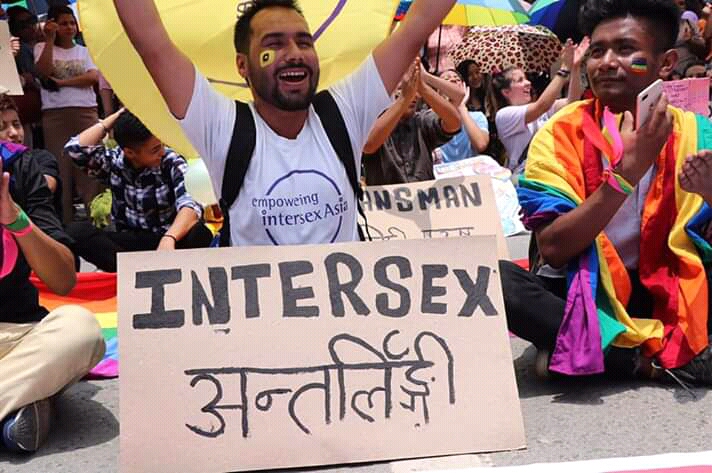 Campaign for Change (CfC) founded in 11 May 2017, is a nonprofit, non-governmental organization, working to improve the situation of intersex people in Nepal. Campaign for Change adopts a holistic approach and aims to promote physical, mental, social well-being of intersex people. Campaign for Change’s purpose is to represent interest of intersex people, collect data and evidence to report on human rights violence and provide legal support and redress. Apart from working to improve access to education, health, employment, equal and active participants of intersex people. CfC also works to raise awareness and end Intersex Genital Mutilation (IGM) practices and other human rights violations perpetrated on Intersex people. Also, we raise intersex human rights issues to Nepal government through UN bodies, especially CRC, CEDAW, and for UPR. We have been raising intersex human rights issues by conducting orientation program in different organization and institution and participating to public event such as Pride Marches. We are very involved in community work, with the support of Intersex Asia: they organize a 3–days intersex community workshop, with 15 intersex participants. The participants of this workshop published a statement in English and Nepali. We have supported many community members urgent needs during Covid–19.

Astraea grantee partners around the world are charting the course for a global social-justice-feminist movement.  On nearly every continent, in myriad languages and cultures, they are collectively seizing opportunities and laying the groundwork for LGBTI people to live freely and safely.  Today’s TIME Magazine story investigates changing tides in Asia and highlights Sunil Pant, longtime grantee partner-turned-legislator in Kathmandu, Nepal.

With the Blue Diamond Society, Sunil has helped move the climate from violence towards acceptance for third-gender people in Nepal.  TIME also highlights victories and movements in India and those stirring in China, invigorated by the Astraea-funded leadership training camps for lalas (lesbian, bi, and transgender).

Why Asia’s Gays are Starting to Win Acceptance

By Jyoti Thottam for Time Magazine

Sunil Babu Pant is a schoolteacher’s son who grew up in the rough green mountains of central Nepal. The youngest of six children, indulged by his family, Pant remembers feeling attracted to other boys. But he wore that knowledge lightly, with the innocence of a sheltered child. Boys and girls played separately; Pant thought that his friends must feel just as he did. “It didn’t appear as a problem to me growing up in the countryside,” he says. “Even though I knew about myself, I couldn’t define it.”

By 28, Pant had a word for what he felt, and in 2000 he moved to Kathmandu, Nepal’s capital, to find other gay people and some sense of belonging. What he discovered horrified him. After dark, a small underground subculture of gay men and women would meet each other in a few of the city’s parks and ancient courtyards, gatherings that took place under a constant threat of violence by the police. A law against “unnatural sexual conduct” was often used as a pretext for harassment, he says. “It was such an unseen, unspoken tragedy that was going on every day.”

Pant could have chosen to live as other gays do in Asia’s conservative societies, hiding his sexuality behind a sham marriage while leading a dangerous double life. Instead, he decided to come out and to work against discrimination. “There was a choice to make,” he says, “whether you feel threatened and live your life with misery, or you live with courage.” In 2001, Pant and a few friends organized the Blue Diamond Society  named after the Diamond Sutra, a well-known translation of Buddhist teachings emphasizing compassion  to distribute information about HIV. The group later began documenting human-rights abuses against gay people, and its members sued to overturn Nepal’s law criminalizing homosexuality. In December 2007, Nepal’s Supreme Court ruled in their favor. Four months later, Pant, who was the main petitioner in the case, became South Asia’s first openly gay member of parliament. By the end of 2008, the Supreme Court issued its full judgment, which not only nullified the old law but also established a “third gender” category for government documents. A newly formed government advisory committee is studying the possibility of legalizing gay marriage. In less than a decade, Nepal, a poor and devout Hindu kingdom, had become what the Indian writer and gay activist C.K. Meena calls “a gaytopia.”

As the only openly gay member, Sunil Babu Pant likes to take advantage of the frequent delays at Nepal’s newly elected Constituent Assembly.

Sunil Babu Pant likes to take advantage of the frequent delays at Nepal’s newly elected Constituent Assembly. As the only openly gay member, he takes every opportunity to work on his homophobic colleagues, trying to convince them that contrary to what they were taught growing up in this very conservative country, homosexuals are just like any other people.

Blue Diamond Society was founded in 2001 and is committed to creating a society in which sexual and gender minorities (SGM) can live with equal rights, freedom, dignity and a full range of opportunities. 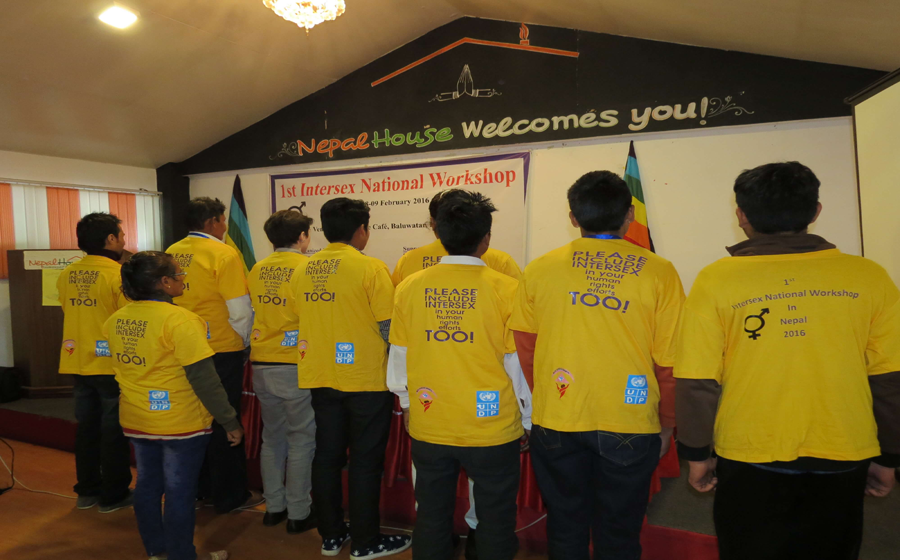 Blue Diamond Society was founded in 2001 and is committed to creating a society in which sexual and gender minorities (SGM) can live with equal rights, freedom, dignity and a full range of opportunities. BDS works to address human rights violations, inequality, stigma and discrimination, lack of access to education, employment and healthcare services for SGM people including Third Genders in Nepal. BDS has been working with hospitals and the health sector to try to prevent forced mutilation of intersex children. They recognize that more advocacy is required together with working with doctors, interacting with educators, healthcare providers, parents and the media, and carrying out research, and plan to build out this work while also building community with intersex people.