I have just returned home from the Bold! Gathering: A Queer and Trans People of Color Gathering to Support Our Liberation and Self-Determination.

I was struck with the care and intention put into logistical and programmatic aspects of the convening. The gathering itself was a living example of inclusivity. There was diversity among attendees across race, gender, sexuality, gender identity and ability. Analysis about disability justice and ableism was interwoven throughout the gathering. First Nations people and issues were represented in workshop and plenary programming. A proportionately higher number of Asian American and Pacific Islander American attendees participated, compared to other people of color organizing spaces I have been in. Great care was taken to create opportunities for local LGBTQI youth of color to volunteer so that they could attend the invitation-only gathering. And elders of our movement were honored repeatedly, speaking and presenting often throughout the weekend.

I was impressed by the intersectionality of issues that participants brought to the convening. According to Suzanne Pharr, “The conference created a space for conversations that were feminist, multi-gendered, multi-racial, multi-issue, cross-generational and intersectional.” Very fundamental and often overlooked questions were brought up. Kenyon Farrow asked us, in terms of LGBT liberation, “Can’t we do better than equality?” Malachi Garza asked us “How do we as queer and trans people of color thrive in LGBTQI political spaces?  In social justice spaces?  How do we respond to right wing attacks?” Paulina Helm-Hernandez of Astraea grantee partner Southerners on New Ground asked us, “What are the challenges of multi-issue organizing? What are the challenges of working together specifically as lesbian, gay, bisexual and transgender people of color?” B. Cole from Brown Boi Project asked us, “How can we spark innovation and sustainability within the movement? How do we build multi-strategy models that transform the nature of our community beyond the 501c3 structure?”

During a break, I asked Astraea board member Alice Y. Hom why it is important to connect people and organizations through conferences such as the BOLD! Gathering. According to Alice, “Networking people strengthens the movement. It builds a sense of collective power, while also recognizing our different histories and experiences.” Alice also mentioned that this gathering gave attendees a chance to share skills and learn from each other, and provided validation for their important organizing work.

What impacted me most of all was meeting amazing organizers from around the country. I heard over and over how multi-year funding from Astraea and the other funders had strengthened the organizations at the gathering. I talked to Randi Romo, a representative from Center for Artistic Revolution (CAR) of Little Rock, Arkansas. CAR does a vast array of work, including community education and youth programming, and provides the only drop in center for LGBTQ youth in the state. I love hearing about successful organizing in the South and with rural constituencies. Unfortunately, organizations in these communities receive less funding than their counterparts on the coasts, while facing overt hostility to their work. According to Romo, “We absolutely could not do this work without Astraea.”

I left BOLD! truly inspired by the enthusiasm and visionary ideas shared with me by Astraea grantees, and happy that Astraea continues to work to make organizations like CAR resourced, networked and sustainable. Astraea’s funding clearly makes a difference and I am proud to be part of a donor community that makes this happen.

I am writing from the BOLD Gathering: A Queer and Trans People of Color Gathering to Support Our Liberation and Self-Determination in Minneapolis as part of Astraea’s Fall Campaign Team. BOLD is a unique and historic gathering of over 200 people from 80 people of color led LGBTQI organizations from across the country. Its a privilege to be here.

The space feels energized, dynamic and full of possibility.  The first day was spent locating ourselves in the region.  In particular, we learned about and honored the indigenous people who were removed from this land.  First Nations Two-Spirit leaders, including a Minneapolis City Councilmember, led us to share a traditional feast together.  We then, as a group, named our intentions for the gathering and enjoyed performances by local LGBTQI artists. The bulk of the program is yet to come.

The gathering is hosted by eight LGBTQI Funders as part of a Racial Equity Initiative.  The Racial Equity Initiative was launched to create inclusive practices within grant-making institutions to strengthen LGBTQI people of color leadership and organizations which have been underresourced in relation to more mainstream sectors of the LGBT movement. Astraea has had a major role in funding and supporting many of the groups here with multi-year financial support and technical assistance through its Movement-Building Initiative. Astraea has also been centrally involved in organizing the convening, as has Funders for LGBTQ Issues, and locally based PFund of Minneapolis.

This convening reflects years of movement building work such as multi-year funding, grantee support, conference calls, local and national organizing.  And it is what Astraea’s funding is about. There are many reasons why the gathering has incredible political significance. I could write about the statistics and analysis that show how and why homophobia disproportionately impacts the lives of LGBTQI people of color. But I want to write about how this convening feels important.

During our group conversation about our intentions, people talked about what they wanted to take away from the gathering.  A common thread was hope that participation will strengthen organizing work in communities when participants return home.  As I watched the performances, I thought about what this really means. The terms mentorship, political education, leadership development swirled in my head. Performances by LGBTQI people of color from Minnesota awoke buried feelings and memories. I thought about how my identity developed as an Asian American queer woman with privilege, how I am still on the journey to integrate the many parts of myself so that I can be all of who I am. I was supported, challenged, mentored by others and now I can help others figure out how to bring the many parts of who they are to the world. I found myself thinking about similarities and differences with others in the room and making connections.  I thought about context and consequences. The LGBTQI people of color community is learning, evolving and changing in response to multiple oppressions and external challenges and continued investment in it matters. The leaders here work in their communities, building relationships and supporting others so we can have the kind of world that we need–a world in which no one is left behind, one that supports all people to be who they are.

I feel strengthened, challenged and awake to possibilities for the kind of national LGBTQI movement we can have, one that honors difference rather than erasing it. It takes a lot of challenging work to build an inclusive movement but I know its worth it. As the recent passing of California’s marriage ban Proposition 8 shows, LGBTQI liberation for all will not take place if we do not develop leadership and organizational infrastructure in communities of color.  Working across difference in underresourced communities is hard, exciting, mind-expanding, heart-filled courageous work. And it builds the foundation on which the LGBTQI movement is strong.  Funding and supporting this work is precisely what Astraea is, and has been, about for 34 years.  And it is why I support Astraea. 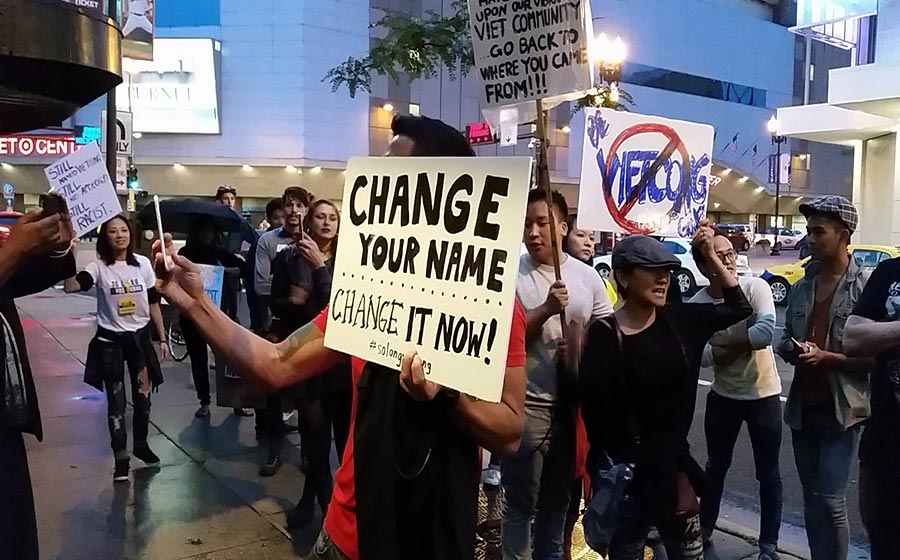 Shades of Yellow’s mission was to cultivate a community of empowered HAPI LGBTQI (Hmong and Asian Pacific Islander, Lesbian, Gay, Bisexual, Transgender, Queer and Intersex) and allies to challenge what we’ve been told about API and LGBTQI communities, and ignite positive cultural and social change. SOY’s vision was a world where HAPI LGBTQI and allies are liberated and celebrated for who they are. Existing in HAPI cultural communities where being LGBTQI or gender-nonconforming means risking displacement, disownment, and disconnection to families and community, SOY worked to make it possible for constituents to remain visible, be present in community, and acknowledge the complex intersections of their identities, identities for which many Asian languages have no words (Lesbian, Gay, Bisexual, Transgender, Queer, or Intersex). This meant challenging their cultural communities to make room for all people and to acknowledge that LGBTQI people exist. In order to address and impact change, SOY used 3 main strategies: arts and culture, leadership development, and community building.

This organization was supported through the Funding Queerly Giving Circle, which is housed at Astraea.

Birthday brunch to celebrate the victories and vision of the Astraea Foundation. Learn about Astraea’s groundbreaking, world-wide grant making and movement building work. Enjoy a special performance by Chastity Brown, a delicious brunch and silent auction.

Astraea Board Member, Louisa Hext, invites you to her birthday brunch to celebrate the victories and vision of the Astraea Foundation. Learn about Astraea’s groundbreaking, world-wide grant making and movement building work. Enjoy a special performance by Chastity Brown, a delicious brunch and silent auction.

Suggested contribution to Astraea in lieu of gifts to Louisa.

If unable to attend, please consider supporting Astraea in the event’s honor.