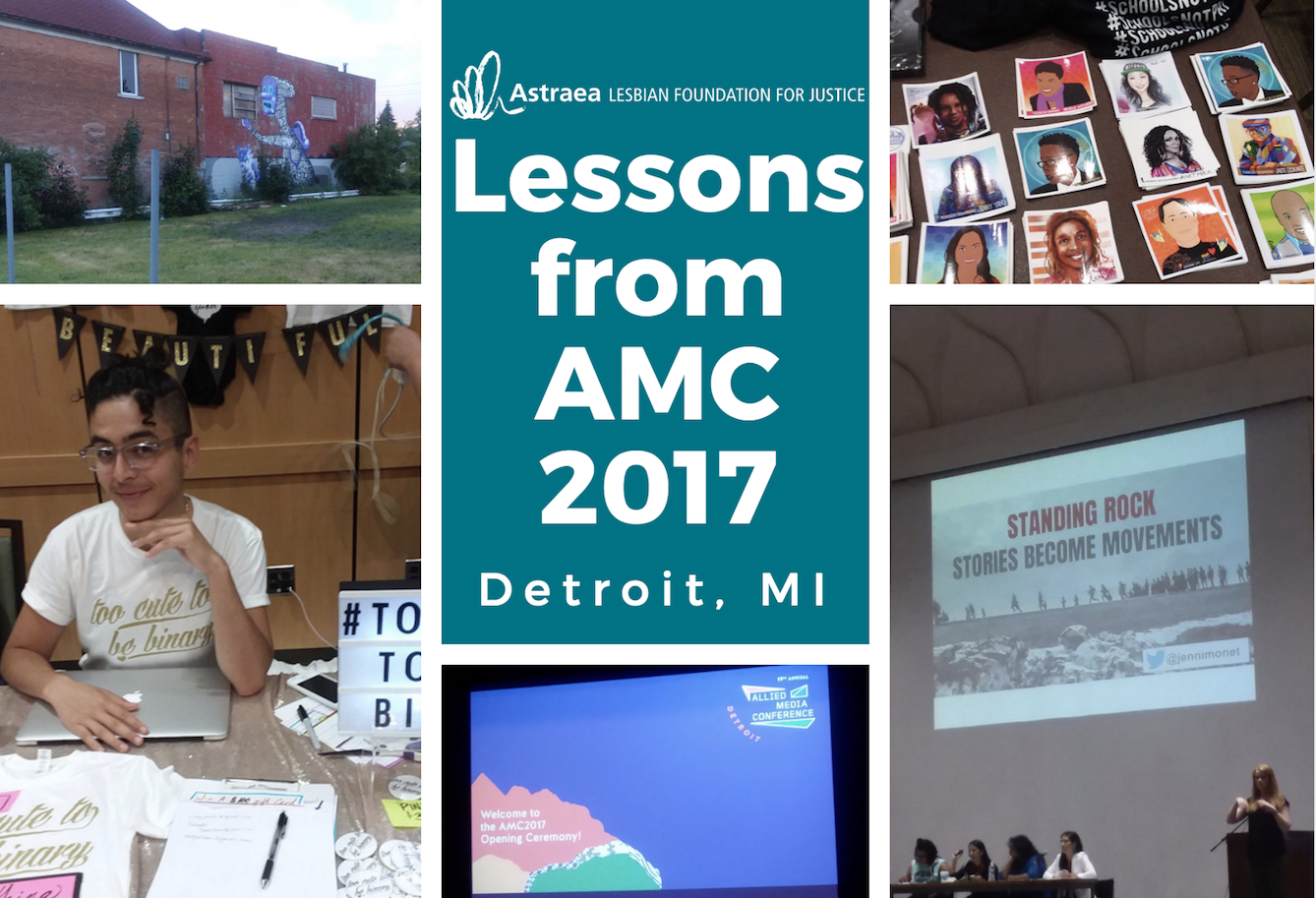 The Opening Ceremony of #AMC2017 in Detroit featured a video clip in which native Detroiters argued that Detroit isn’t an “up-and-coming” city, as common narratives those not native to Detroit perpetuate about it seem to suggest, but that it’s a city that’s always been thriving. The video clip set the tone for the entire conference, sewing together themes about storytelling, truth, representation, and power that workshops and plenaries throughout the conference echoed. As a communications person at a progressive LGBTQI philanthropic organization, those themes resonated powerfully with the work I do and with the work Astraea does. Here are four of the most important lessons I learned:

The conference underscored the value of one of our most important communications strategies at Astraea. Because we are a philanthropic organization, we are tasked with not only telling our own story as Astraea, but with supporting our grantee partners’ efforts to tell their stories on their own terms. Sometimes this looks like sharing the articles, videos, and other media they produce on the web, but oftentimes it also looks like holding gatherings like our regional CommsLabs convenings all over the world. At these gatherings, we work alongside activists and technologists to cultivate the tools and skills activists need to keep their data safe and tell their stories strategically and effectively, recognizing that not only do they know their stories best, but they know best how to tell their stories. At our 2017 Fueling the Frontlines Awards in LA, our Executive Director J. Bob Alotta noted that Astraea, “moves money from where it purposefully is to where it purposefully isn’t.” AMC highlighted that shifting power looks not only like moving money, but shifting who has the power to tell stories and control what we see culturally as “truth.” At Astraea, we’re proud that shifting storytelling power is one of our most important strategies for supporting the work of our grantee partners. 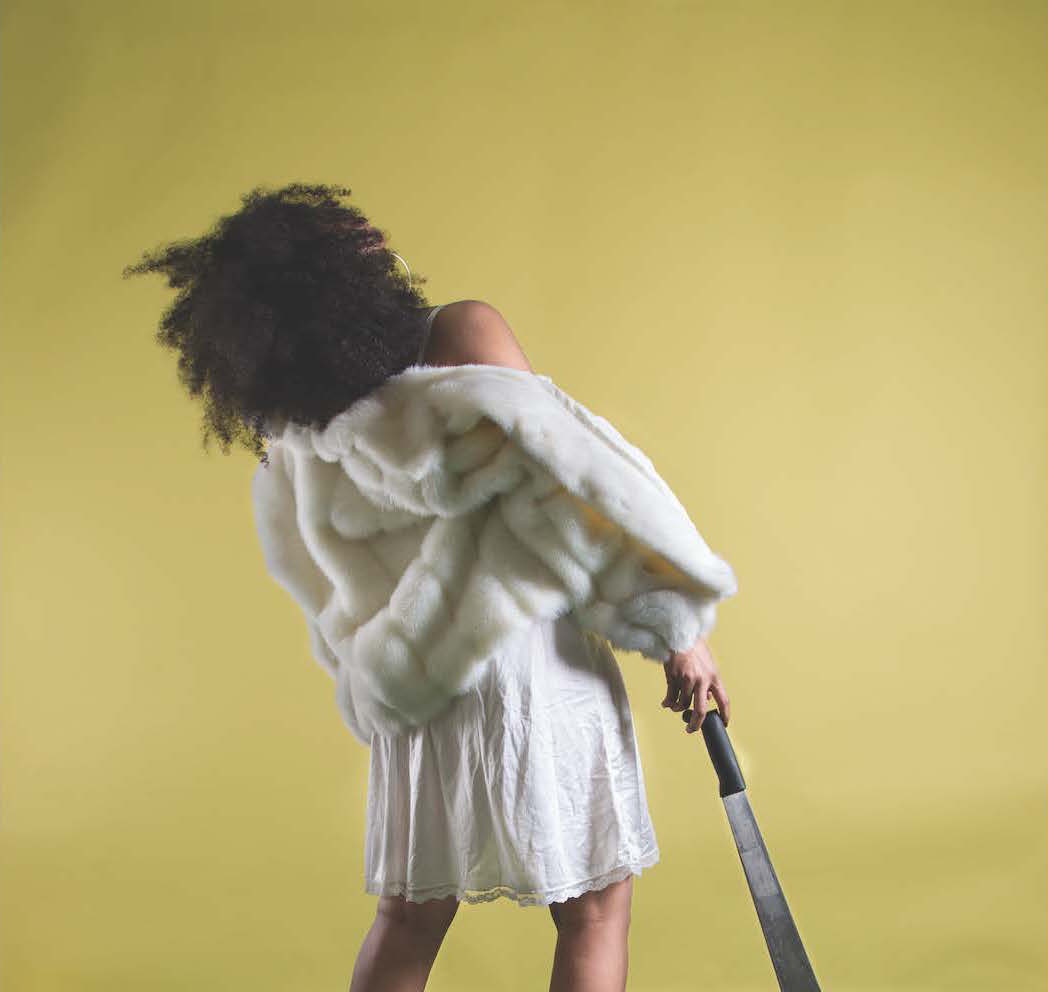 Detroit REPRESENT! is a collective of LGBTQ youth of color from Detroit with the mission to inspire and support media organizing. 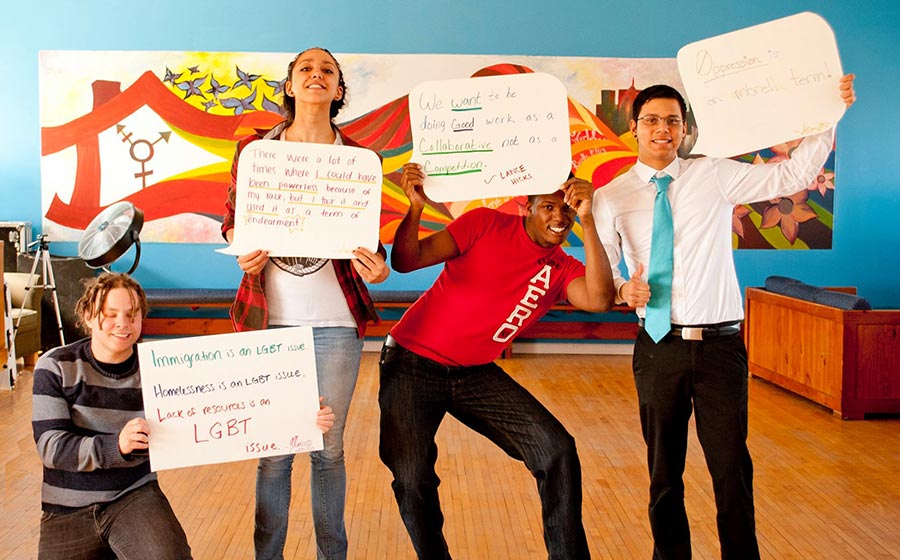