Hiker is dedicated to helping Asian intersex people beyond China, Taiwan and Hong Kong to self-organize. 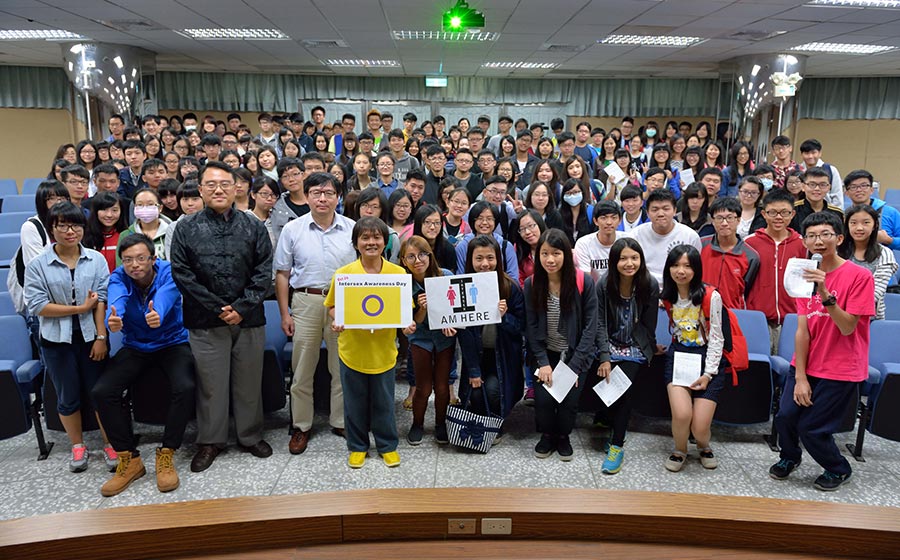 Oii-Chinese was established by Hiker Chiu in 2008 to provide Chinese-speaking intersex people information created by intersex people and to bring intersex people together for peer support. Oii-Chinese’s mission is to raise awareness in the general public, reframe the meaning of intersex from traditional stigma and superstition, advocate for intersex human rights, and help intersex people develop self-understanding and support each other. The main platform for this work is Oii-Chinese’s website. Hiker also does extensive media engagement and lectures, sharing their personal story and educating universities and LGBT groups. Hiker is dedicated to helping Asian intersex people beyond China, Taiwan and Hong Kong to self-organize. One key strategy is creating and managing a closed “Intersex Asia” community on Facebook that now has members from nine countries. After the first gathering of “Intersex Asia” in ILGA Asia 2015 in Taiwan, Hiker was elected to be the co-chairs of ILGA ASIA and have more opportunities and responsibility on moving not only intersex rights but also LGBTI human rights in Asia. Check out a video interview with Oii-Chinese’s Founder Hiker Chiu: Hiker was also featured in our 2016 Intersex Awareness Day video: