Caribbean Forum for Liberation & Acceptance of Genders & Sexualities (CariFLAGS) has provided leadership in articulating an indigenous LGBTQ voice and agenda for the Caribbean regionally and in support of local groups.

Caribbean Forum for Liberation & Acceptance of Genders & Sexualities (CariFLAGS) was formed in the late 90s as a loose coalition of actors and activists responding to developing issues facing the LGBTQ community. The group has provided leadership in articulating an indigenous LGBTQ voice and agenda for the Caribbean regionally and in support of local groups. In 2008, a core group renewed the CariFLAGS mission with a focus on human rights, health, culture, and spirituality. In 2012, CariFLAGS transitioned into a regional movement-building coalition: activists from 15 territories agreed to work together to develop a strong, representative, regional organization capable of advancing a Caribbean LGBTQ agenda.

TransWave is a non-governmental organization working to advance the health, welfare, and well-being of the transgender community in Jamaica and the Caribbean. 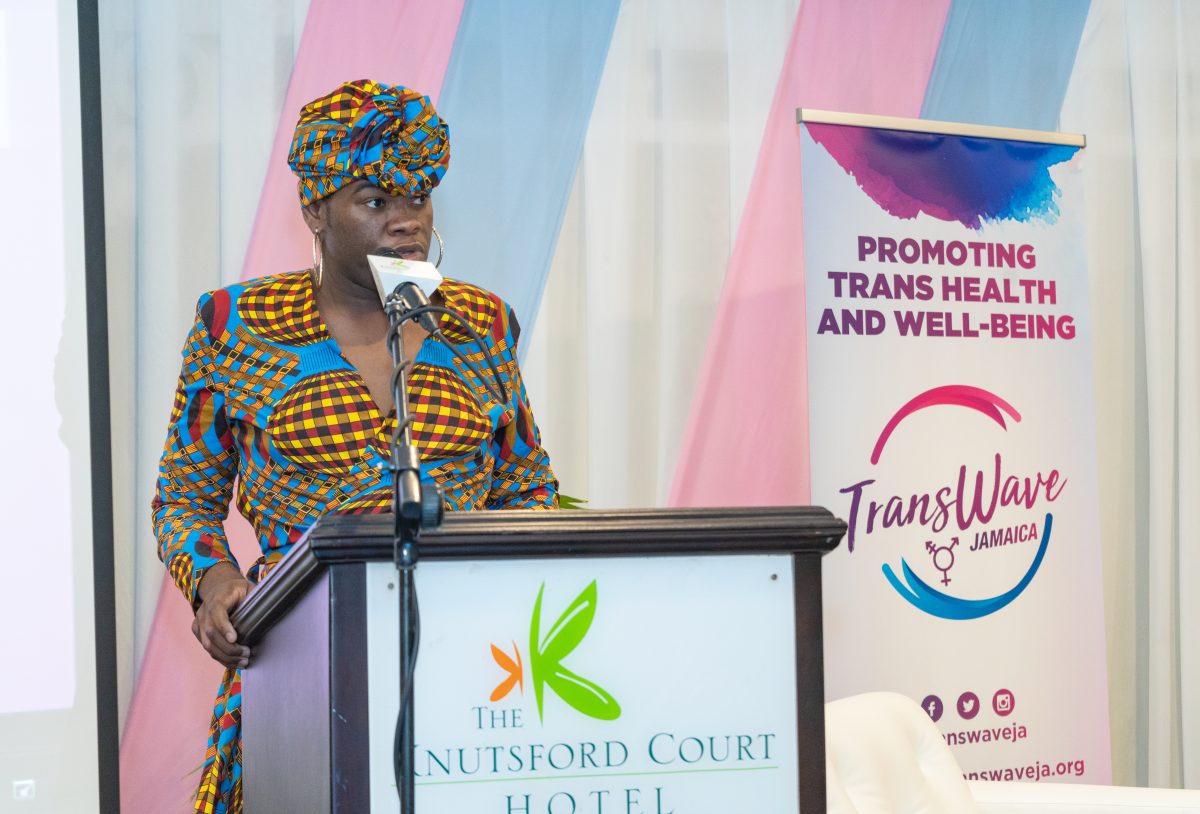 TransWave is a non-governmental organization working to advance the health, welfare, and well-being of the transgender community in Jamaica and the Caribbean. Founded in 2015, they started as an advocacy initiative in the form of a blog. The idea was formulated by their co-founders Akilah White and Neish McLean during a workshop hosted by WE-Change Jamaica and partners.

WE-Change is a community-based organisation committed to increasing the participation of lesbians, bisexual and transgender [LBT] women in social justice advocacy in Jamaica and the Caribbean. 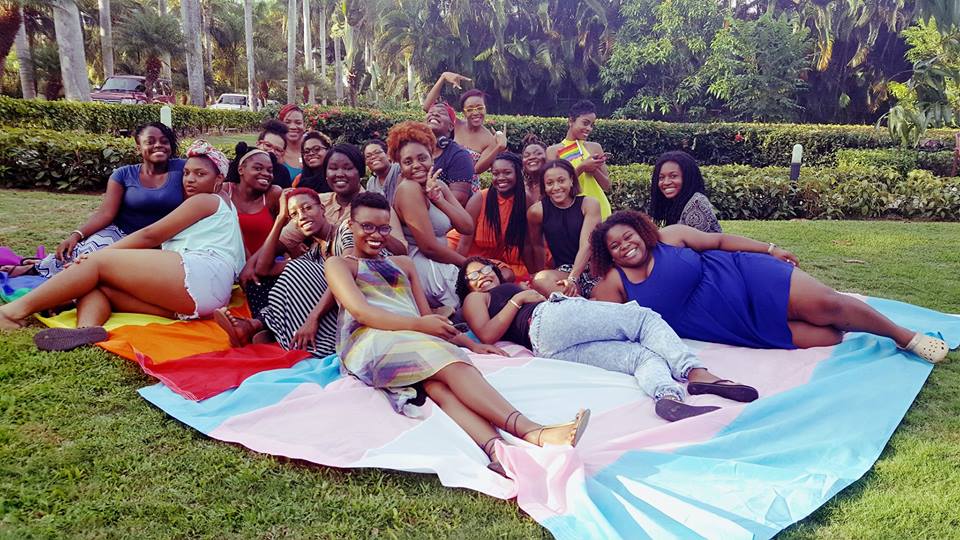 WE-Change is a community-based organisation committed to increasing the participation of lesbians, bisexual and transgender [LBT] women in social justice advocacy in Jamaica and the Caribbean. Founded in 2015 by LBT women, WE-Change was formed out of a need to strengthen the women’s movement within the LGBT community given LGBT advocacy spaces in Jamaica have been largely controlled by, and focused on men. They’re committed to gender equality and the transformation of their communities through the empowerment of women.

Astraea grantee partner, J-FLAG, was featured in an Essence article exposing the dangers faced by LGBTI people in Jamaica. The only political and legal advocacy group working for lesbian, all-sexual, and gay human rights in Jamaica, J-Flag is a literal lifeline, providing counseling services, community building, and legal advocacy.

By Jeannine Amber for Essence

Gareth Henry is haunted by a memory. When he tells the story, his voice starts to crack. It was a sunny day, June 18, 2004, and Henry, a slightly built man with a round, boyish face and quick smile was relaxing on the beach in Montego Bay, Jamaica, with a few friends. From where he sat, he could see three police officers approach another friend, Victor Jarrett, who was farther down the beach. Henry vividly remembers one of the officers pushing Jarrett, 24, while another yelled at him that no battymen (local patois for faggot) belonged on the beach. Henry winced as the officers began to beat Jarrett with their batons and fists. A crowd quickly formed around the spectacle.

“I will never forget it,” Henry, 31, says, speaking in the vaguely British lilt of a well-educated Jamaican. “There were about 100 people and they were saying to the officers, ‘Hand him over; let us finish him.’ “According to Henry and several eyewitnesses who would later report the incident to the international rights organization Human Rights Watch, the police walked away from Jarrett, leaving him to the angry mob. “Beat him because him a battyman!” said one of the officers. Men picked up sticks and stones and started pummeling Jarrett. Others kicked and punched him. Henry stood by, horrified. He wanted nothing more than to help his friend, but he knew that if he intervened he would become the mob’s next target. “Victor saw us on the beach, but he didn’t call to us,” says Henry, his voice unsteady. “He’d rather suffer the hurt and humiliation alone than have all of us be victims.”

Suddenly Jarrett broke free of the crowd and started to run, the mob fast on his heels. Henry prayed that Jarrett would somehow make it to safety. But the next day the newspaper reported: “Alleged gay man chopped, stabbed and stoned to death.” The article (shown on opposite page) went on to claim that Jarrett had “molested” a young man. Henry, who is also gay, cried when he read the news. “Victor wasn’t doing anything but walking on the beach,” he says. “People make up stories to justify their attacks.” Henry mourned the death of his friend and cursed the hatred that had killed him. What he didn’t know was that he himself would soon be the target of another vicious mob.

To many Americans, the island of Jamaica, with its miles of white-sand beaches and famously laid-back attitude, is a vacationer’s paradise. But for those who live here, it is a much different place, plagued by economic hardships and one of the highest homicide rates in the Northern Hemisphere. While much of the violence is gang-related, there have been reports of horrific acts targeted specifically at the country’s gay and lesbian population. Amnesty International and Human Rights Watch have published detailed accounts of machete-wielding mobs that have broken into private residences attacking men believed to be gay, and lesbians who have been raped by neighbors determined to “cure” them.

Both organizations note that in many instances the police have either failed to respond to calls for help by gay men or have participated in the attacks they were summoned to break up. Rebecca Schleifer, author of Human Rights Watch’s 2004 report, Hated to Death: Homophobia, Violence and Jamaica’s HIV/AIDS Epidemic, observes that “perpetrators of violence against gay men and lesbians are rarely arrested and prosecuted, making it even less likely that people will report the attacks.” Even children are not spared the abuse: In one of the more shocking examples cited by Amnesty International, in February 2004, an eleventh-grader at a Kingston high school was assaulted when his father, suspecting his child was gay after finding a picture of a nude man in the boy’s backpack, summoned other students to beat him.

The island’s gay rights organization, Jamaica’s Forum for Lesbians All-sexuals and Gays (J-FLAG), notes that between 2006 and 2008 more than 150 homophobic assaults and murders were reported to the agency. Gay men and lesbians have been chased, chopped, beaten, raped and shot. But despite the gruesome nature of the attacks, many Jamaicans, including those in politics and law enforcement, insist that the situation is simply not as bad as the activists and foreign media make out.