Listen as Sappho member Sutanuka Bhattacharya shares more about the organization’s work, and what it’s meant to receive support from Astraea. 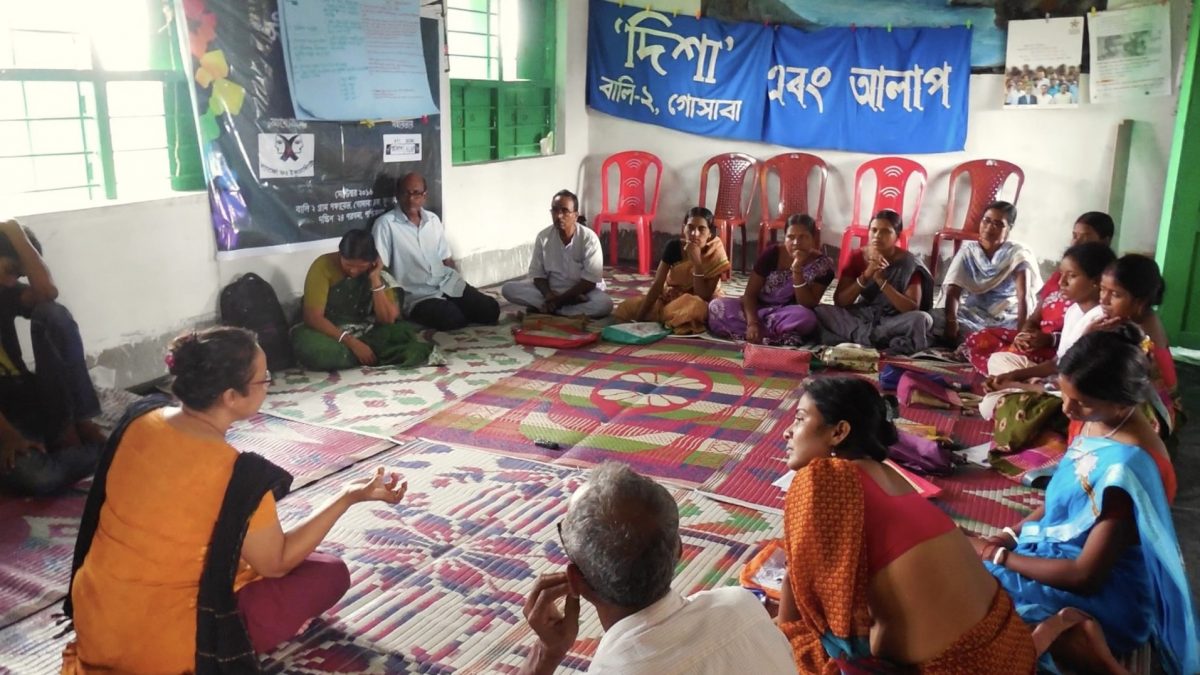 Born on 20th June, 1999, Sappho is a support group for Lesbian, Bisexual women and Transmen, in Eastern India with its base in Kolkata. Listen as Sappho member Sutanuka Bhattacharya shares more about the organization’s work, and what it’s meant to receive support from Astraea.

Learn more about Sappho for Equality. 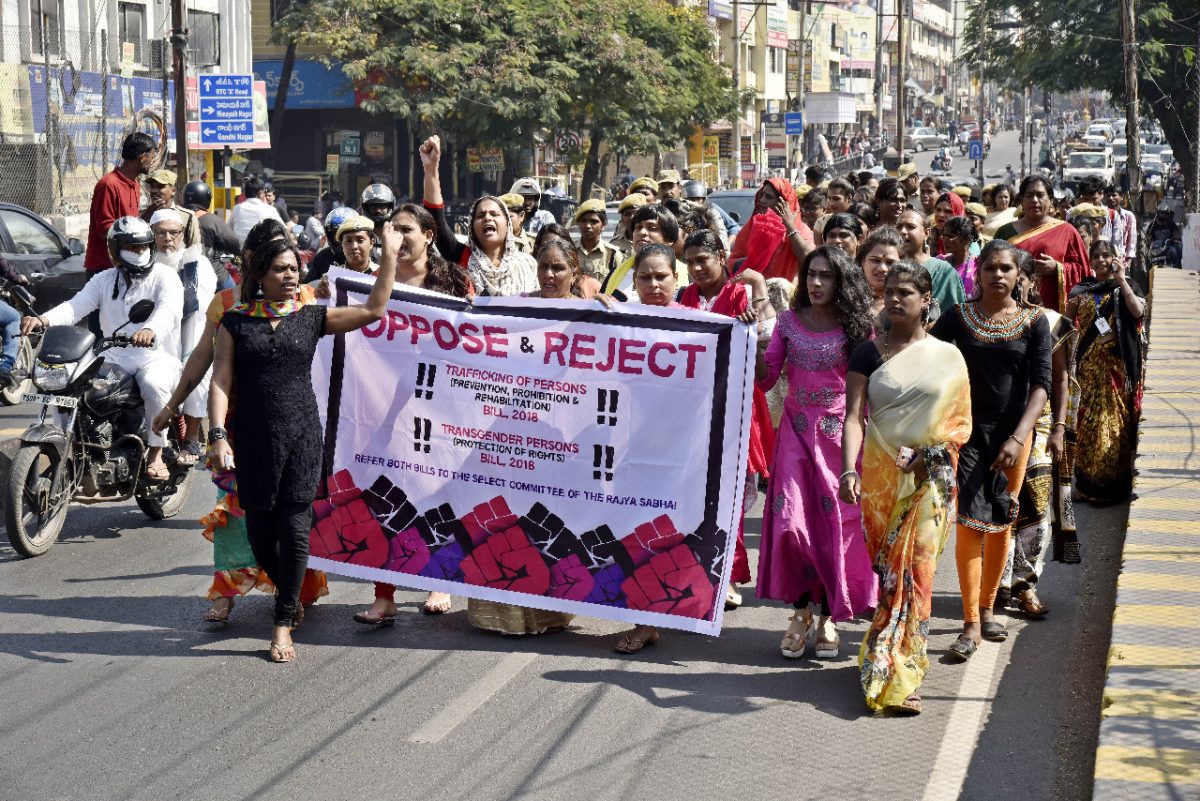 The Indian government made a landmark decision in National Legal Services Authority (NALSA) v. Union of India in 2014. This court case ruled that transgender people have the legal right to self-identify as male, female, or the now legally recognized ‘third gender,’ and affirmed their fundamental rights granted under the Constitution of India. This decision was followed by the introduction of the Transgender Persons (Protection of Rights) Bill, referred to commonly as the Trans Bill. The Trans Bill was intended to implement the protections outlined in the NALSA case. While the original Bill was relatively aligned with the NALSA judgment, 27 new amendments were made which altered its content. In 2018, the Bill was passed in the Lok Sabha, the lower house of Parliament, under claims to protect transgender people and their welfare.

While the Bill’s supporters argue that it will protect trans communities through anti-discrimination measures, the Bill actually poses major challenges to transgender communities. Its definition of ‘transgender’ includes any “trans-man or trans-woman (whether or not such person has undergone Sex Reassignment Surgery or hormone therapy or laser therapy or such other therapy), person with intersex variations, genderqueer and person having such socio-cultural identities as kinner, hijra, aravani and jogta.” Not only does this definition fail to encompass the full spectrum of gender identities, but by conflating intersex people with transgender people, it demonstrates a lack of understanding about differences between biological sex and gender identity.

The Bill would also require that trans individuals obtain a certificate of identity as “proof” of their trans identity. Certificates would only be available to people who are approved by a screening committee, comprised of psychological and medical professionals, government officials, and only one transgender person. Such a committee would take autonomy away from trans and gender non-conforming people and put their gender identities and lived experiences in the hands of cis-dominated institutions. The Trans Bill’s anti-discrimination measures, which claim to protect trans people from discrimination in education, employment, and healthcare, become impossible to access if trans people cannot obtain their required paperwork.

“If you, a cisgender person, are not asked to strip before anyone to prove your gender, why should I? I am a man, and have identified that way since childhood, and I should not have to prove this to anyone.” #StopTransBill2018

Astraea grantee partner Women’s Initiative (WINS), a women-led organization in Andhra Pradesh working to end violence against stigmatized communities and fighting against the criminalization of sexuality and sex work, has been working alongside trans activists to stop the current Bill from passing in the Rajya Sabha, the upper house of Parliament. We spoke with WINS president R. Meera to hear more about the organization’s strategies for organizing on the ground and in their communities.

In its current form, the Trans Bill does not contain sufficient input from trans community members. According to R. Meera, one of the biggest challenges in mobilizing people in response to the Trans Bill has been that many transgender people are not even aware that it exists. Talking to community members and educating them on the Bill and its potential impacts became an important tactic for WINS and other activists. Describing her early days of organizing against the Bill, R. Meera said, “We spoke to some transgender Activists [and] requested them to mobilise members who have no access to information, knowledge, or skills to comprehend the import of the Bill.” Trans activists discussed and debated the details of the Bill with working class transgender people and other community members who have limited access to resources.

WINS members and other key activists also organized a hearing where a representative of the Indian Administrative Services, a civil service arm of the executive government, presented issues with the Trans Bill to members of Parliament. The intent of this hearing was not only to educate the Parliament on the problematic aspects of the Bill, but also to demonstrate support for transgender people from various sectors of society, including government officials, community members, and allies.

Another potential bill that activists say would harm trans communities is the Trafficking of Persons (Protection, Prevention and Rehabilitation) Bill, which was also recently passed in the Lok Sabha.

The Trafficking Bill would further institutionalize transphobia through language that is intentionally written in a way that can be used to target and criminalize trans people. For example, the Trafficking Bill declares forced begging as a crime punishable by a minimum of ten years in prison and a significant fine. Because transgender people in India are constantly marginalized by and excluded from institutions, including employment and education, many transgender people make their money through begging. Over time, begging has developed as a culture within the trans community that has helped individuals sustain their livelihoods. Though not explicitly about trans people, this provision can be used to target, arrest, and incarcerate trans people who rely on begging as a means of survival.

In addition to begging, many transgender people make a living through sex work. Though sex work is entirely separate from trafficking in that it is consensual, while trafficking is not, the Indian government has conflated the two through the Trafficking Bill. The Bill seeks to implement a “raid, rescue, rehabilitation” model, which in practice would look like raiding brothels and placing the ‘rescued’ women in rehabilitation centers. Because the Bill makes no distinction between trafficked women and consensual sex workers, this provision would likely lead to the forced rehabilitation of sex workers. By conflating these concepts, the Bill would not only criminalize the consensual sex work that many trans people rely on to survive, but also forcefully institutionalize many trans sex workers.

The Trafficking Bill also states that administering hormones to a person for the purpose of early sexual maturity is considered trafficking. Trans elders often help younger trans people gain access to medical practitioners, some of whom are unlicensed sources, in order to access hormone treatments. This clause of the Trafficking Bill criminalizes their lack of awareness, rather than placing the blame on the government for not providing accessible and inclusive medical care.

A more in-depth transgender critique of the Trafficking Bill, provided by Telangana Hijra Transgender Samiti, can be found here.

Both the Trans Bill and the Trafficking Bill have yet to pass in the Rajya Sabha, and activists maintain hope that they won’t. Trans activists and LGBTQI groups have been organizing consistently and tirelessly, drawing important connections between both bills and their impacts.

Ultimately, all of this organizing has resulted in direct action. WINS is one of many organizations, transgender individuals, and allies to organize and attend protests across the country. One of the largest protests against the Trans Bill took place in Delhi on December 28th, 2018. Hundreds of transgender activists and allies from all over India gathered in the nation’s capital to make their demands heard. Organizers across the country have been vocal both online and in their communities about the need for a bill that protects, rather than threatens, transgender rights.

These protections include the removal of the screening committee, the right to self-identify, the establishment of reservations for trans people in education and employment, and adequate access to medical care for trans people.

Protests against the Trafficking Bill are also ongoing. Trans activists, including WINS members, protested at a municipal corporation office in Tirupati, Andhra Pradesh in December 2018. WINS has been an active supporter in the fight against the Trafficking Bill, and R. Meera told us their demands that the Bill be redrafted in order to take the interests of sex workers, trans people, and migrant laborers into account.

Activists hope to prevent the passage of both bills through their continued organizing. Going forward, WINS is working alongside transgender activists to demand that the government ensures all constitutional safeguards including right to life, liberty, and equality, self-determination, and reservations for education and employment. WINS and other activists are fighting for a future that will “give [trans people] power to stand tall and strong.”

Astraea currently supports many grantee partners doing crucial work to support LGBTQI communities in India. For their safety, the names of many of these organizations have been left anonymous.

Born on 20th June 1999, Sappho is a support group for Lesbian, Bisexual women and Transmen, in Eastern India with its base in Kolkata. 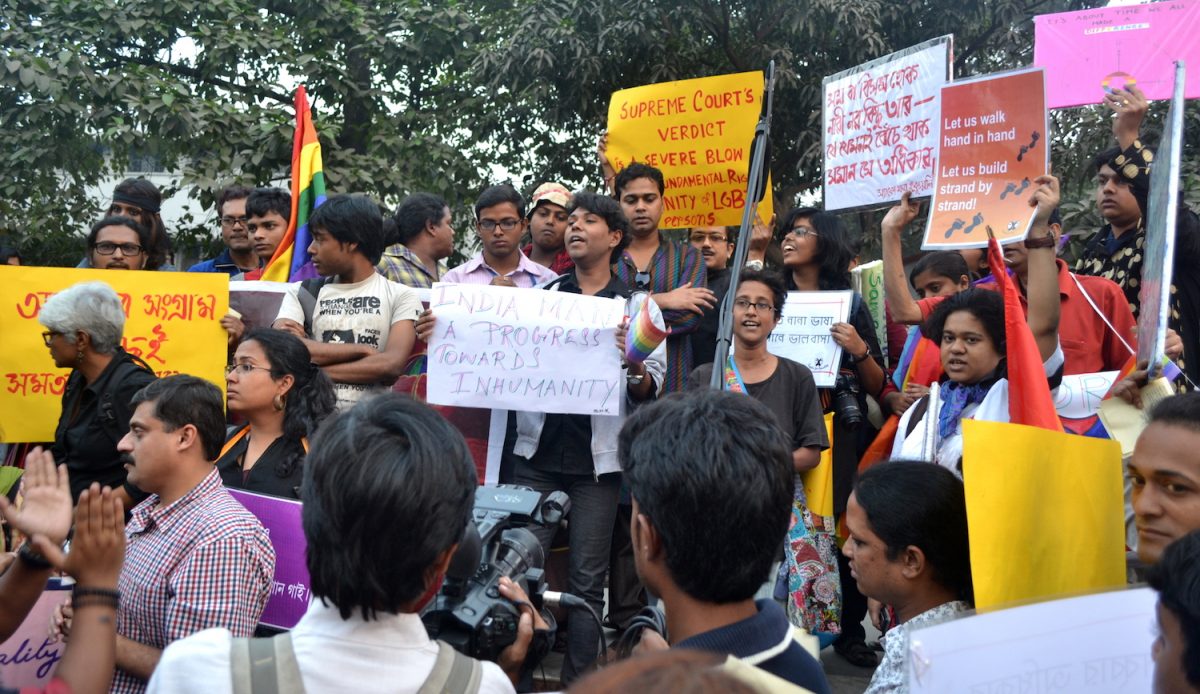 Born on 20th June 1999, Sappho is a support group for Lesbian, Bisexual women and Transmen, in Eastern India with its base in Kolkata. Moving beyond identity based politics to a politics of standpoint; SFE provides a platform to anyone and everyone, irrespective of gender and sexual orientation, who seek to question the organized workings of homophobia, heterosexism and heteronormativity.