The Trans Collective emerged from a void in the decolonial project at the University of Cape Town, home of the student movement Rhodes Must Fall.

The Trans Collective emerged from a void in the decolonial project at the University of Cape Town, home of the student movement Rhodes Must Fall. 2015 works include the complete degendering of a main campus’s bathroom, replacing signs with gender neutral signage; a host of well attended events: panel discussions and talks; as well as hosting a campaign to run for the Student Representative Council. The Collective often produces content via long form prose on its Facebook page, which serves to intensify, strengthen and sophisticate the discourse surrounding black queer trans people in post-Apartheid Apartheid South Africa. The Collective is most well-known for their 2016 disruption, shutdown, and capture of the Rhodes Must Fall exhibition, Echoing the Voices from within for tokenising trans people, using their signature of nude radical protest – a bold statement for trans bodies which are sites of wars, both internally and from external forces.

The Astraea Lesbian Foundation for Justice mourns the tragic and senseless deaths of Sizakele Sigasa and Salome Masooa, two lesbians found brutally murdered on July 7, 2007 in South Africa. We learned of this tragedy through a statement issued by the Joint Working Group.

Astraea sends our deep condolences to the family and friends of Sizakele and Salome. Their brutal and senseless murders reflect a climate of vitriolic hate, contempt, harassment and deadly violence experienced by lesbians in South Africa and around the world on a daily basis. Joining with activists the world over, we demand an immediate and thorough investigation into these ruthless crimes.

We applaud the Joint Working Group for its creation of the Campaign 07-07-07. The Campaign is an alliance of fifteen non-governmental organizations (several of which are current/past Astraea grantee partners) which aim to raise consciousness of South African leaders and local communities about the violations against lesbian, gay, bisexual, transgender and intersex people. We stand in solidarity with their August 9th Soweto protest-action highlighting the impact of hate violence against lesbians in South Africa.

As we at Astraea move forward, the brave lives of Sizakele and Salome will fuel our work. Their memory, and the memory of so many others lost to bigotry and violence, will ensure that we continue to fight for and attain a just and peaceful world for everyone.

Information on New York City Vigil: On Tuesday August 14, 2007 from 4:00 PM to 6:00 PM, members of the US-based Liberation 4 all Africans committee will hold a vigil to protest the increasing rate of hate crimes against Lesbian, Gay, Bisexual & Transgender (LGBT) and HIV/AIDS activists in South Africa, and its prevalence throughout the continent. The protest will occur in front of South African Consulate, 333 E 38th St. (between first and second avenues).

MORE ABOUT THE EVENT.

Gender DynamiX is a long-standing national and regional advocacy organization by and for trans people. 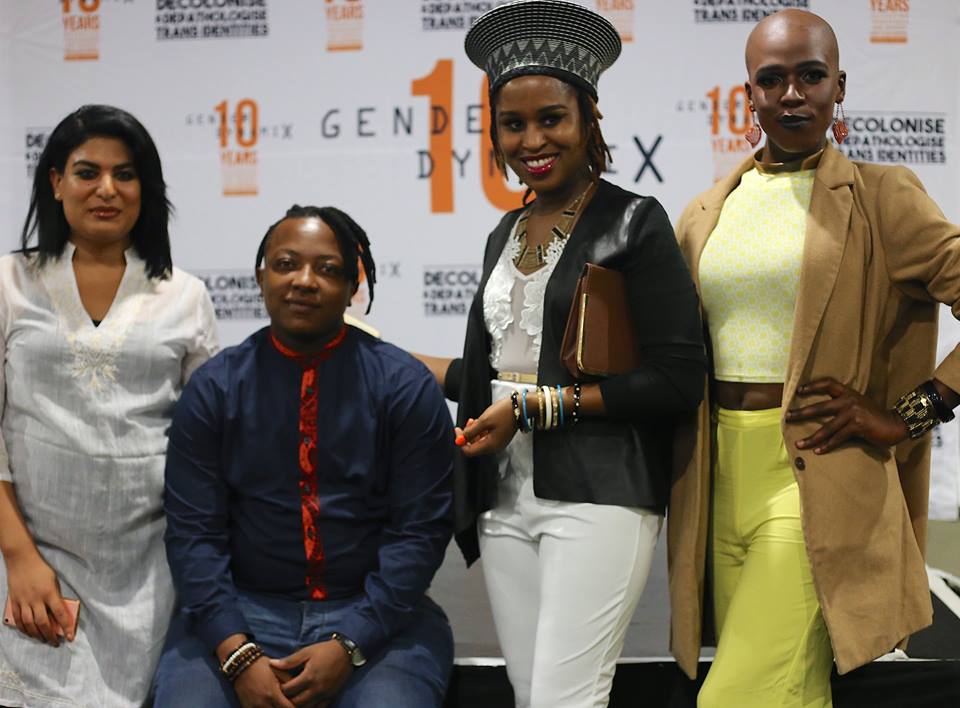 Gender DynamiX is a long-standing national and regional advocacy organization by and for trans people. Gender DynamiX’ long term goal is to ensure that diverse trans and intersex people are able to live openly, without obstruction, and in dignity by being able to equitably participate in the social, political and economic spheres of society. Over the last four years, they have engaged in advocacy campaigns to enforce Act 49 (the existing legal gender recognition law), increase access to healthcare, education, and accountability for violence against trans communities. They now have an opportunity to refocus efforts on redrafting South Africa’s gender recognition law to fully incorporate fundamental human rights for diverse trans people, which includes the right to self-identification premised on one’s right to self-determination, dignity and freedom. Over the next two years, they will build up a self-identification discourse, consolidate support amongst human rights movements, develop self-identification jurisprudence through test litigation cases and build a solid network of political and social stakeholders invested in legislative change.