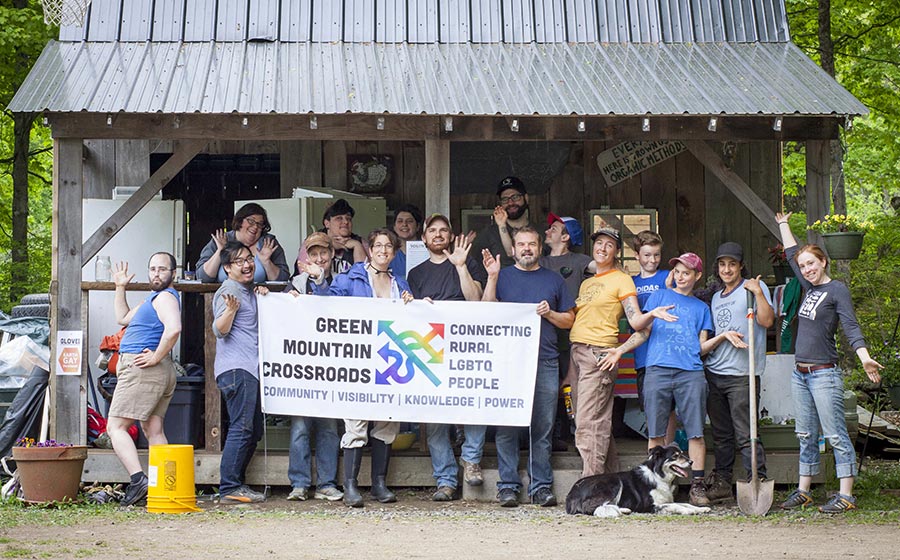 Out in the Open (formerly known as Green Mountain Crossroads) connects rural LGBTQ people to build community, visibility, knowledge, and power through social events, support groups, political education workshops and study groups, and multi-media projects. Our work is guided by these values: Rural can be Queer, Intersections, Celebrating Resistance, Connections, Anti-racism, and Joy. We envision a resilient community of communities that works toward the transformation of our economic, social, and political relationships. GMC lifts up and centers the voices and experiences of rural LGBTQ people at popular events like Played Out! LGBTQ Game Night, Trans Day of Remembrance & Resistance, Earth Gay, Out in the Open Summit for rural & small town LGBTQ folks, and Friday Night Group for LGBTQ youth. We deepen our understanding of the power of rural LGBTQ people through longer and broader projects like our rural LGBTQ racial justice study group and rural LGBTQ oral history project, currently documenting the story of Andrew’s Inn, a gay bar in nearby Bellows Falls Vermont from 1973-1985. We believe that collective liberation for all people is possible and that building the power of rural LGBTQ people across issues, identities, and generations, is critical in the movement toward justice.