Kohl is a progressive, feminist journal on gender and sexuality based in Lebanon and covering the whole MENA region (Middle East, South West Asia, and North Africa). 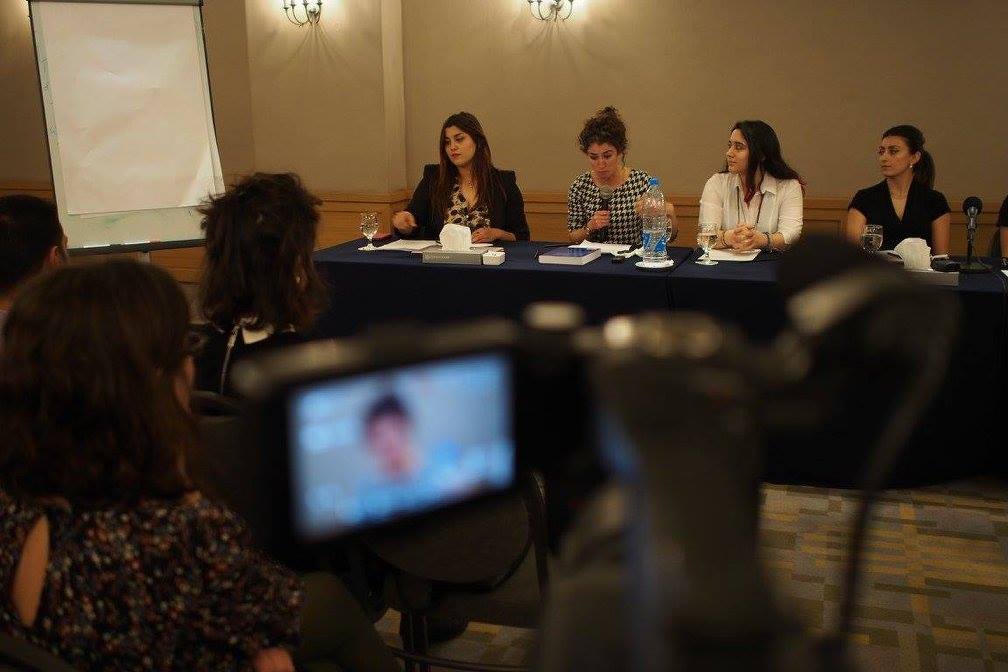 Kohl is a progressive, feminist journal on gender and sexuality based in Lebanon and covering the whole MENA region (Middle East, South West Asia, and North Africa). It was formed in December 2014 as a queer feminist initiative and since then operates as an alternative feminist platform that sheds light on queer and feminist histories in the region aiming to challenge the hegemony of knowledge production and counter Orientalist and neocolonial narratives by ensuring that young feminist scholars and activists in the region play a central role in shaping knowledge about themselves. Kohl is a multilingual online journal published twice a year in English, French, and Arabic with different types of articles, including research, testimonies, opinion pieces, commentaries, reviews, literary pieces, conversations, interviews, and soon visual and audiovisual materials. The editorial team works closely with the contributors in the scopes of a mentorship system or a back and forth collaborative editing process with different contributors. In these two years of existence, Kohl has attracted a lot of international attention and has become a point of reference for many activists and scholars alike, from the region or globally, who are looking for knowledge on feminism, gender, and sexuality from MENA.

Astraea Grantee Partners Helem and Meem, in collaboration with Lebanese Human Rights organizations, staged a protest in opposition to the violence in the Lebanese society targeting LGBTI people, women, children, domestic and foreign workers and others.

Meem creates a safe space in Lebanon for LBTQ women to meet, discuss issues, share experiences and work on improving their lives and themselves. Meem recently opened the first house for LBTQ women in Beirut, conducts research and trainings, provides free mental health and legal services, and publishes the only lesbian magazine in Lebanon.

Helem leads a peaceful struggle for the liberation of the LGBT community in Lebanon from all legal, social and cultural discrimination. The organization holds social and cultural events, works on HIV/AIDS related issues, and collaborates with other human rights organizations to advocate for prosecuted LGBT people and the advancement of human rights and personal freedoms in Lebanon.

Watch New Coverage of the Protest

Out in force: Gay rights activists denounce violence and stand up for sexual diversity

By Alexandra Sandels for NOW

Hundreds of people armed with rainbow flags and signs denouncing violence and discrimination against homosexuals and other minority groups in Lebanon gathered at Beirut’s Sodeco square amid pouring rain on Sunday afternoon for a demonstration.

The event, the first of its kind in the Arab world according to the organizers, was staged by the Beirut-based Lesbian, Gay, Bisexual, Transgender, Intersex, Queer (LGBTIQ) support organization Helem, and also featured representatives from Lebanese rights groups Kafa, KAFA, TYMAT and SIDC.

Twenty-six year old Maya, holding a sign reading, Feminists Against Violence told NOW Lebanon she had come to the demonstration to give a statement.

”I want to say that I denounce violence on all levels, against homosexuals and disadvantaged groups in my country,” she said.

Next to Maya stood a protestor waving a sign in front of curious photographers saying, ”I dont believe in a country where it’s more acceptable for two men to hold guns than two men to hold hands.”

The demonstration was a direct response to a recent incident of anti-gay violence in Achrafieh, in which two men allegedly engaging in sexual conduct in the entrance of a building were dragged out onto nearby Sassine Square and severely beaten.

Conflicting reports have, however, marred the incident.

An initial report by the French-language daily LOrient Le Jour had it that the beating was carried out by security personnel, while others, including Helem, say the men were assaulted by civilians.

”The beatings were inhuman. Where were the police to protect them at the time?” another demonstrator asked.

While advocacy for Lebanon’s LGBTIQ community appeared to be the main banner of the demonstration, many came out to show their support for other minority groups such as foreign domestic workers, and to protest against domestic violence.

I came to protest domestic violence against women. My neighbor gets beaten by her husband. We hear it all the time. It’s awful, a 20 year-old who did not want her name to be printed told NOW.

In the middle of the demonstration a woman in her 50s walking by asked one of the participants what the crowd was protesting against. When told it was in support of Lebanons LGBTIQ community, the woman hurried away.

Yet while homosexuality is still technically illegal and punishable under Lebanese law, it is more accepted in Lebanon than in most Arab countries.

Helem Director Georges Azzi told NOW that while there is a bit of freedom for homosexuals in Lebanon, he emphasized that it remains fragile.

”There are many things that need to be done on the issue,” he added, mentioning the need to reform the laws that criminalize homosexual conduct in Lebanon.

Twenty-year old Helem affiliate Joe, who had wrapped a large rainbow flag around his head for the occasion, said that he, as a Lebanese, felt very proud an event like this was able to be held in Beirut, where there are numerous groups offering support services to LGBTIQ people, including the recent addition of Meem, a community for non-heterosexual women.

Helem, the largest of the groups, provides free HIV-testing services and also publishes Barra Magazine, which translates as “out,” for the LGBTIQ community in Lebanon.

Most recently, members of Meem launched Bekhsoos, or Concerning, the Arab world’s first publication for lesbian, bisexual and queer women.

Despite these inroads made, Joe said that conditions for Lebanon’s LGBTIQ community remain “a bit shaky,” especially considering the Sassine incident.

“To a certain extent the situation is OK, but the recent acts of violence are not positive indicators,” he said, adding, “We’re so glad and very proud this protest happened in Beirut.”