A common issue faced by Colombian trans women is extremely high levels of violence: between 2008 and 2013, the number of murders of trans people in Colombia was fourth-highest in the world. Despite these deaths and other violent assaults, no one person has been charge. 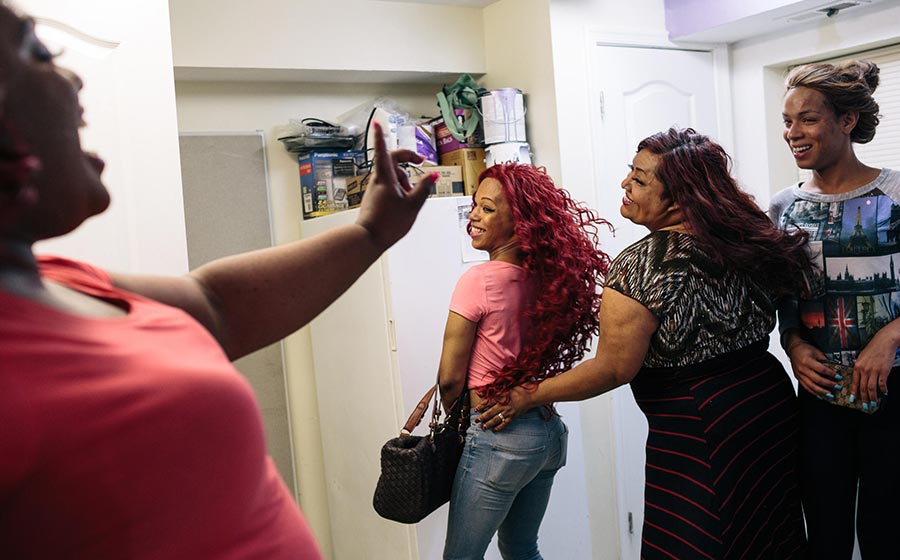 “A common issue faced by Colombian trans women is extremely high levels of violence: between 2008 and 2013, the number of murders of trans people in Colombia was fourth-highest in the world.” Despite these deaths and other violent assaults, no one person has been charged, according to Santamaría Fundación’s Director of Institutional Processes, Déborah Skenassy. “Trans women don’t have access to health or justice because our bodies aren’t legitimized. We exist at the margins of the state.”

The police, she adds, are often part of the problem, denying help or arresting trans women without justification. Santamaría Fundación has documented 150 accounts of police abuse that have so far been ignored by superiors.

Join Astraea at the 26th National Conference on LGBT Equality: Creating Change in Houston, Texas, January 29-February 2, 2014. Run by the National Gay and Lesbian Task Force, Creating Change is the only premier annual organizing and skills-building event for the lesbian, gay, bisexual and transgender community and their allies.

Join us for a special session!
Meet me at Crossroads: Exploring LGBTQ identities, geographies and experiences
January 31, 2014 | 6:30pm-7:30pm

Join Southerners on New Ground (SONG) and FIERCE in an interactive panel discussion about issues confronting invisibilized LGBTQ communities in the Rural South and LGBTQ youth of color from across the country. Panelists will discuss highlights from new national and regional research projects that paint a different picture from what dominant media and mainstream movements portray. Panelists: Suzanne Pharr, SONG, Ana Conner, FIERCE, and J. Bob. Alotta, Astraea Lesbian Foundation for Justice.

Join the conversation on twitter! This panel will use the hastags #cc14 & #moveupfightback

Come one, come all!  Join host Tracy Gary and Astraea Executive Director, Katherine Acey for a sunset cocktail house party to celebrate the vision of the Astraea Foundation.

The Astraea Foundation is the world’s only foundation solely dedicated to funding lesbian, gay, bisexual, trans and intersex organizations in both the United States and internationally.  For more than 30 years, we have ignited donors to fuel the hard work of grantees.  Last year, Astraea connected 2.2 million dollars with 219 organizations and individuals in 47 countries.

Make the connection.  Join with us on May 5.

At the home of Tracy Gary
Houston, TX (RSVP for Address)

Space is limited.  It’s not too late to RSVP!