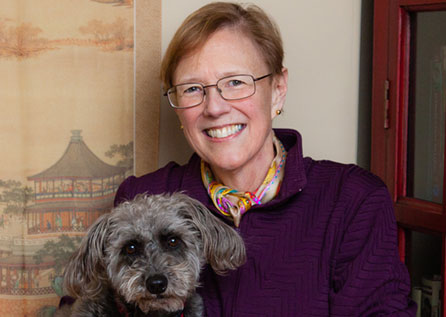 Jean Hardisty was a researcher, writer, and activist who spent her life studying the political right wing. After eight years teaching political science, she left academia to found Political Research Associates (PRA), a think tank and small publishing house that has done foundational analysis on the various movements that make up the growing spectrum of right-wing organizations and ideologies. After she retired from PRA, Jean was a Senior Scholar at The Wellesley Centers for Research on Women at Wellesley College.

Jean’s book, Mobilizing Resentment: Conservative Resurgence from the John Birch Society to the Promise Keepers, was published in 1999 by Beacon Press. She also published numerous articles in The Nation, The Women’s Review of Books, and The Public Eye, the publication of Political Research Associates. She served on a number of boards, including The Ms. Foundation for Women, The Highlander Center for Research and Education, and The Center for Community Change. She received a Lifetime Achievement Award from Community Change, Inc. and was inducted into The City of Chicago Gay and Lesbian Hall of Fame.

Her most recent work included a report on race and child care in Mississippi, a study of the mechanics of institutional racism, and research and writing on neoliberalism, a little-understood form of late capitalism that underlies and explains the current concentration of power in the hands of wealthy elites in the United States and internationally.

Her lifelong interest in race and racism, women’s oppression, and issues of poverty and injustice led her to explore the roots of reactionary power and the corrosive influence of the right. As a lesbian, she had been particularly sensitive to homophobia and crimes against LGBT people. She had been a supporter of Astraea since its founding in 1977.

To learn more about Jean’s life and work, visit: www.jeanhardisty.com.