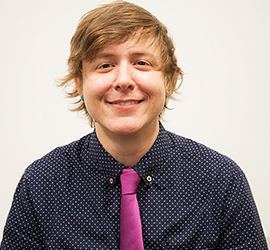 Robin Wilby is an award-winning NYC based filmmaker who is deeply committed to social activism through storytelling. They graduated cum laude with a BA in Visual Media from American University and received their MFA with honors from Columbia University. Robin’s thesis film, Loop Planes, won numerous awards, including a production grant from Killer Films (known for challenging, thought-provoking movies, such as Boys Don’t Cry) and was an official selection at over fifty festivals, worldwide. Previously, they were a mentor for LGBTQI youth, as well as a documentary filmmaking teacher at a NYC middle school, emphasizing the importance of using documentaries as platforms for social change. In addition to working at Astraea, Robin is currently in post-production on an independent feature-length documentary surrounding the intentional communities begun by several trans* identified teenagers. 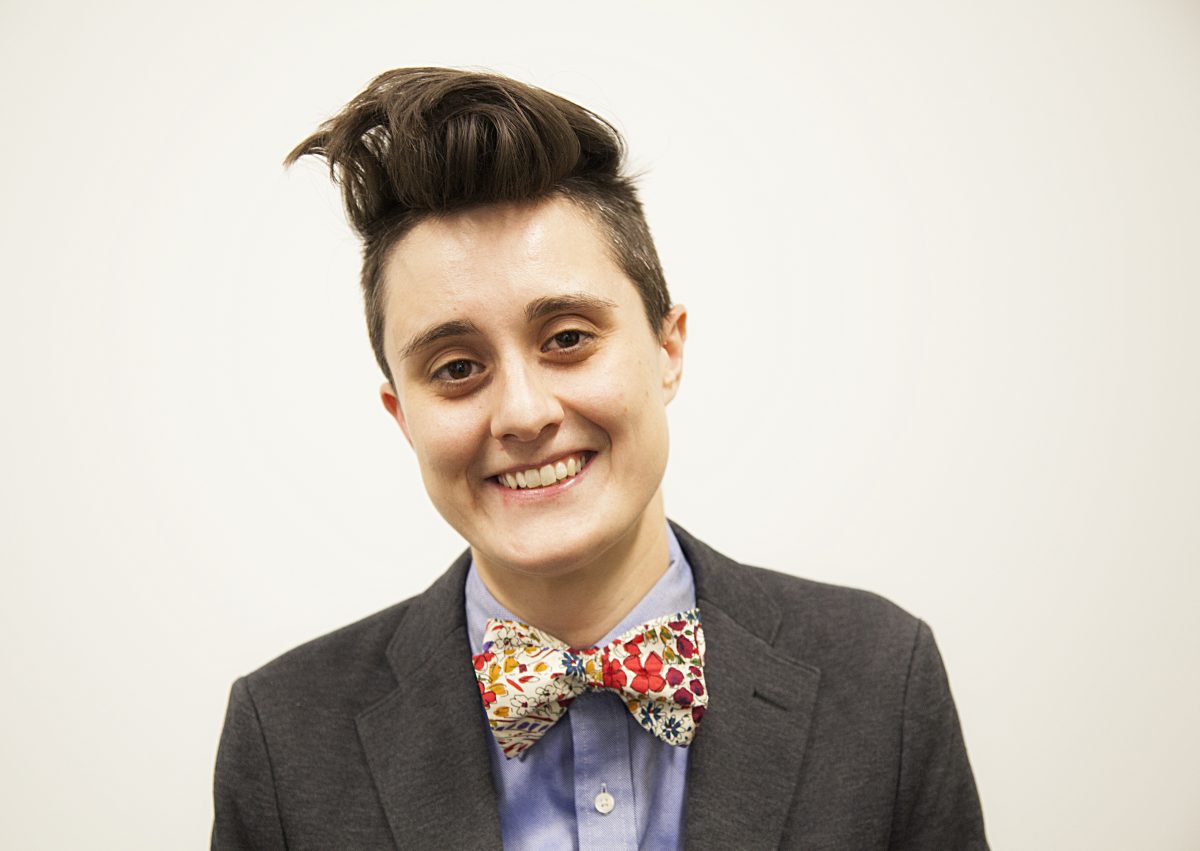 Celia comes to Astraea after four years with Bailey House, which addresses the underlying drivers of the HIV/AIDS pandemic through the provision of lifesaving housing, health and advocacy services for people living with HIV/AIDS and other chronic illnesses. As a member of Bailey House’s Development team, she focused on grant writing, communications, and events. Celia is excited to join the Astraea family and put her skills to work supporting incredible grassroots organizing at the intersections of LGBTQI rights and racial, economic and social justice. She has a BA in English from Bryn Mawr College with a concentration in Creative Writing and a MA in Publishing Studies from City University in London. Her passions include running, animals and community engagement; she volunteers with Back on My Feet, an organization that combats homelessness through the power of running, community support and essential employment and housing resources, and also with the NYC Animal Care Center, where she works with rescue dogs of all shapes and sizes. Other hobbies include reading; cycling; hiking; camping; and almost anything else outdoors (because she will always be a Minnesotan at heart). 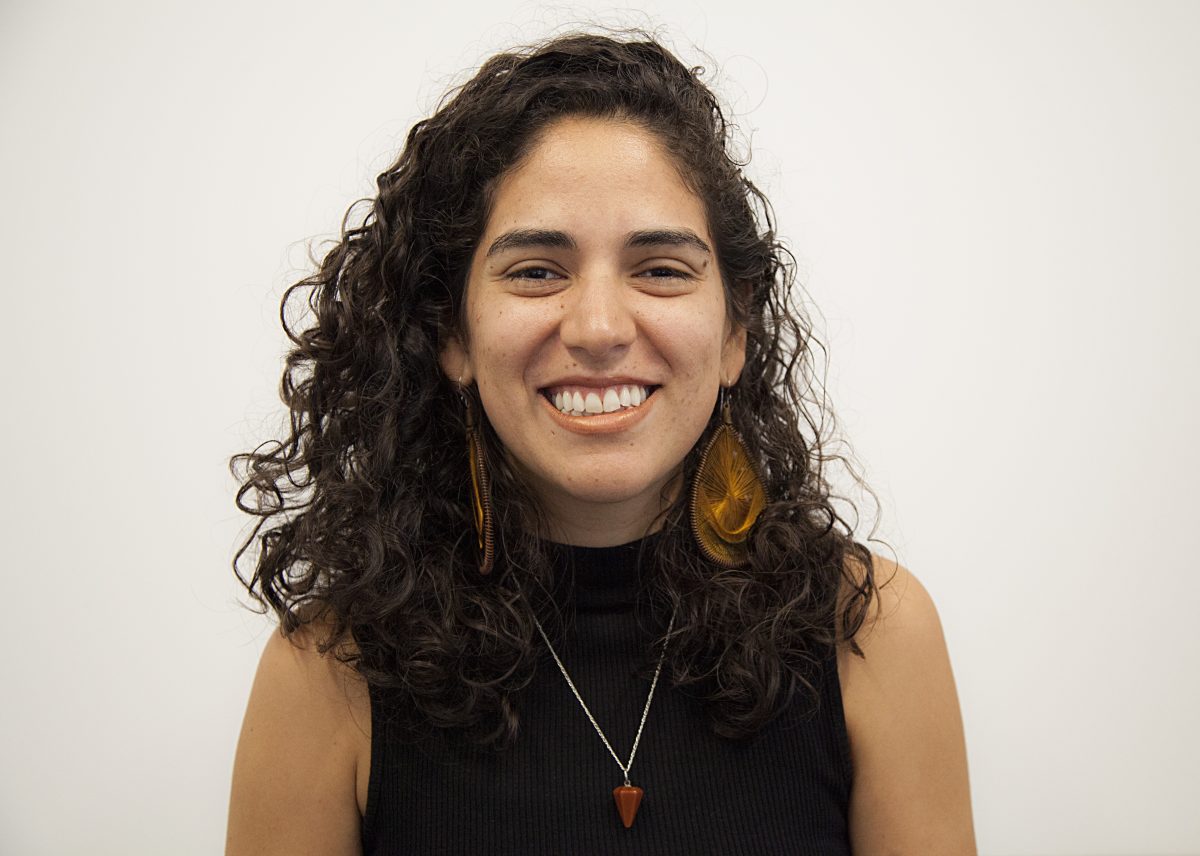 Brenda Salas Neves is a feminist cultural worker and organizer born and raised in the southern Andes. She has collaborated on media-making and movement-building projects that explore transnational borders and focus on migration, race and sexual politics. Brenda has worked with the Portland Central America Solidarity Committee mobilizing around migrants’ rights, and helped organize the ninth biennial meeting of the International Association for the Study of Sexuality, Culture and Society (IASSCS) in Buenos Aires, Argentina. Brenda serves on the board of Deep Dish TV and is part of the Latin American Grant Making Advisers of FRIDA: The Young Feminist Fund. She is a proud member of the Safe Outside the System Collective (SOS) of the Audre Lorde Project and a graduate of the United World Colleges (UWC) movement. 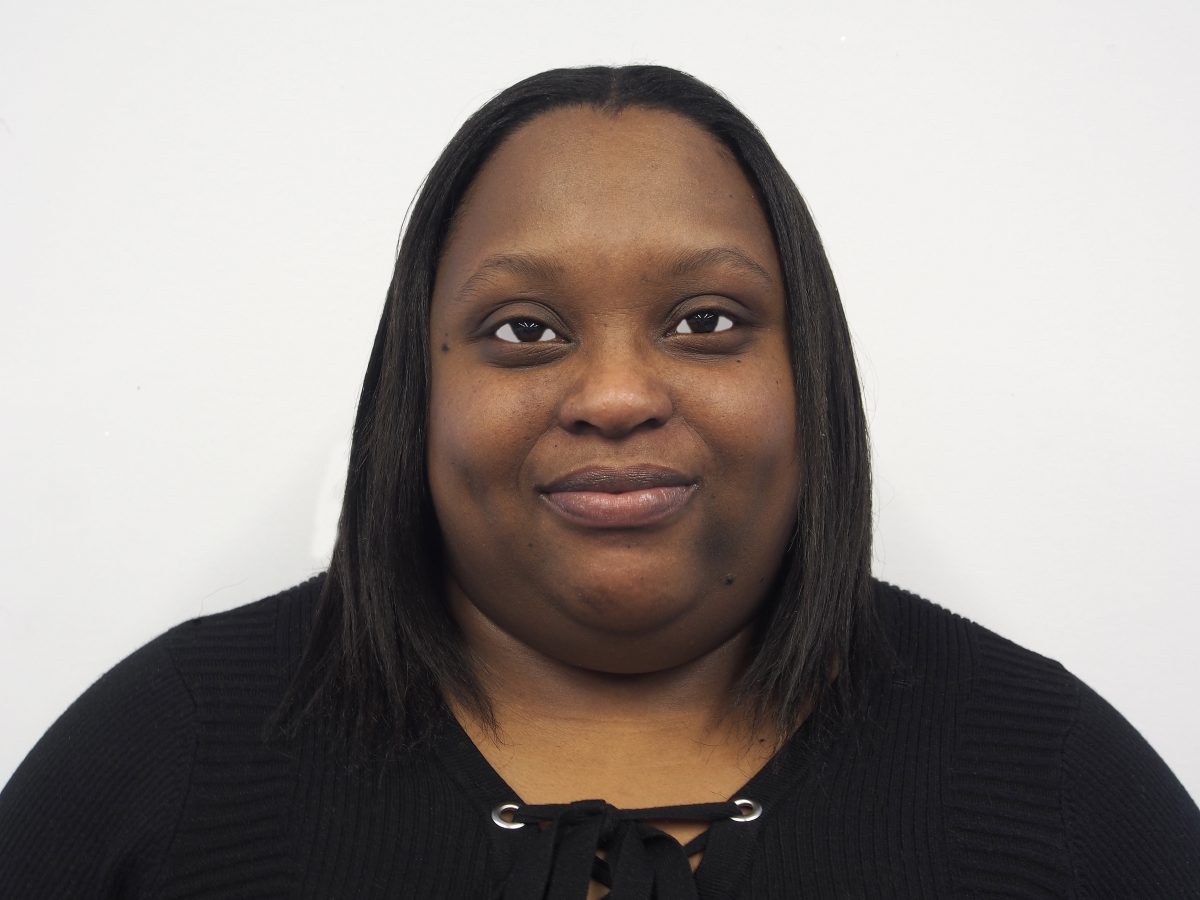 Joy was born on the island of St. Croix, United States Virgin Islands. Growing up in a family of ten, she graduated with honors in the summer of 2006 from Monroe College, earning a BA in Accounting. While completing her studies, Joy shared her love of math as a tutor at the Boys and Girls Club and Jefferson Elementary School in New Rochelle, NY. In her spare time she enjoys reading, swimming, listening to music, and traveling. Her next goal is to become a Certified Public Accountant. Joy believes in equal rights for all and that no person should be discriminated against based on their race, religion, gender, or sexuality. 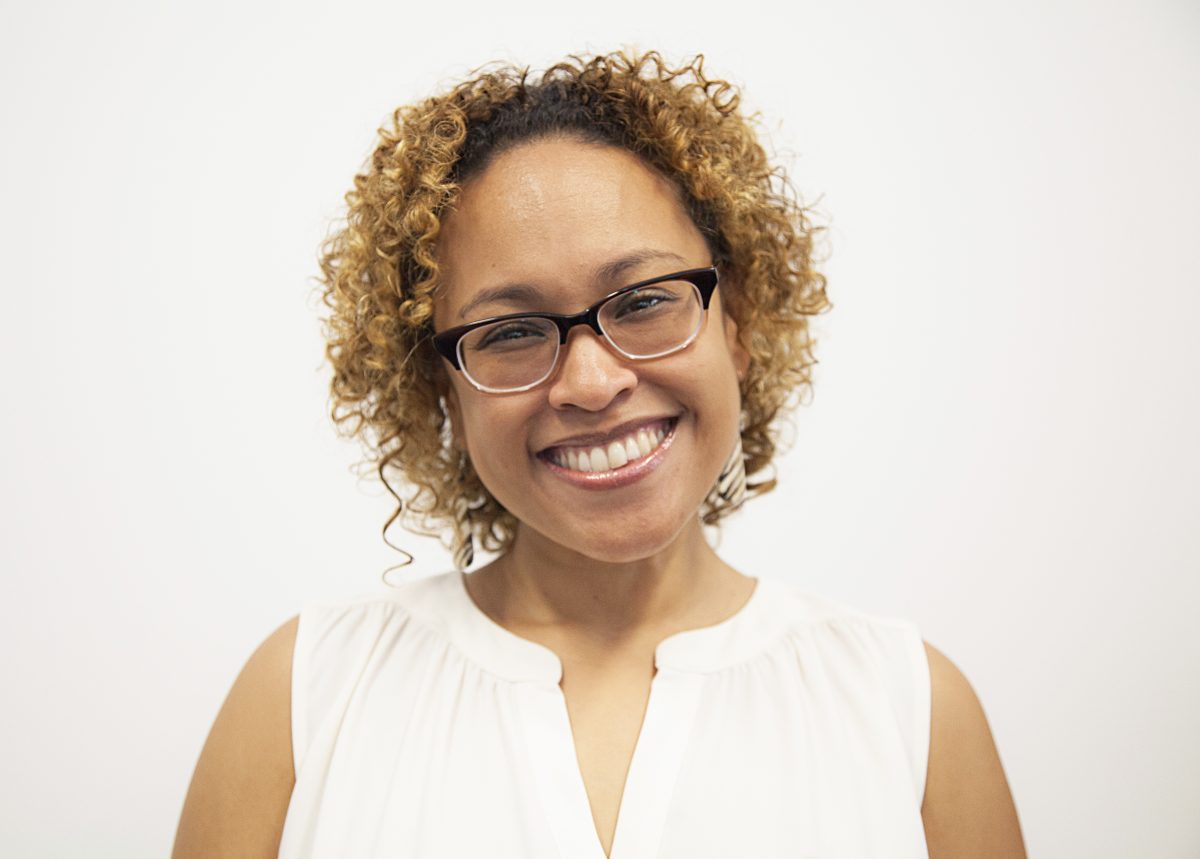 Kerry-Jo joins Astraea as a development professional with a particular passion for strategic planning, innovative design, grant-making and social enterprise. With over twelve years of experience, she most recently served as the Chief Operations Officer for the Digicel Foundation, the largest private sector funder in Jamaica. While there, she contributed to a radical shift from charity to strategy and designed programs to deepen the impact of and engagement with vulnerable communities by reducing inequalities and discrimination. Kerry-Jo holds a Bachelor’s degree in International Relations and Psychology and a Masters in Development Administration & Planning from the University College London. She has also recently written the certificate course on Alternative Livelihoods and Entrepreneurship for the University of the West Indies. Based in Kingston, Jamaica – Kerry-Jo currently serves on the board of J-FLAG (Jamaica Forum for Lesbians, All-Sexuals and Gays) and continues to be inspired by the courage of those who remain visible and speak for the voiceless. 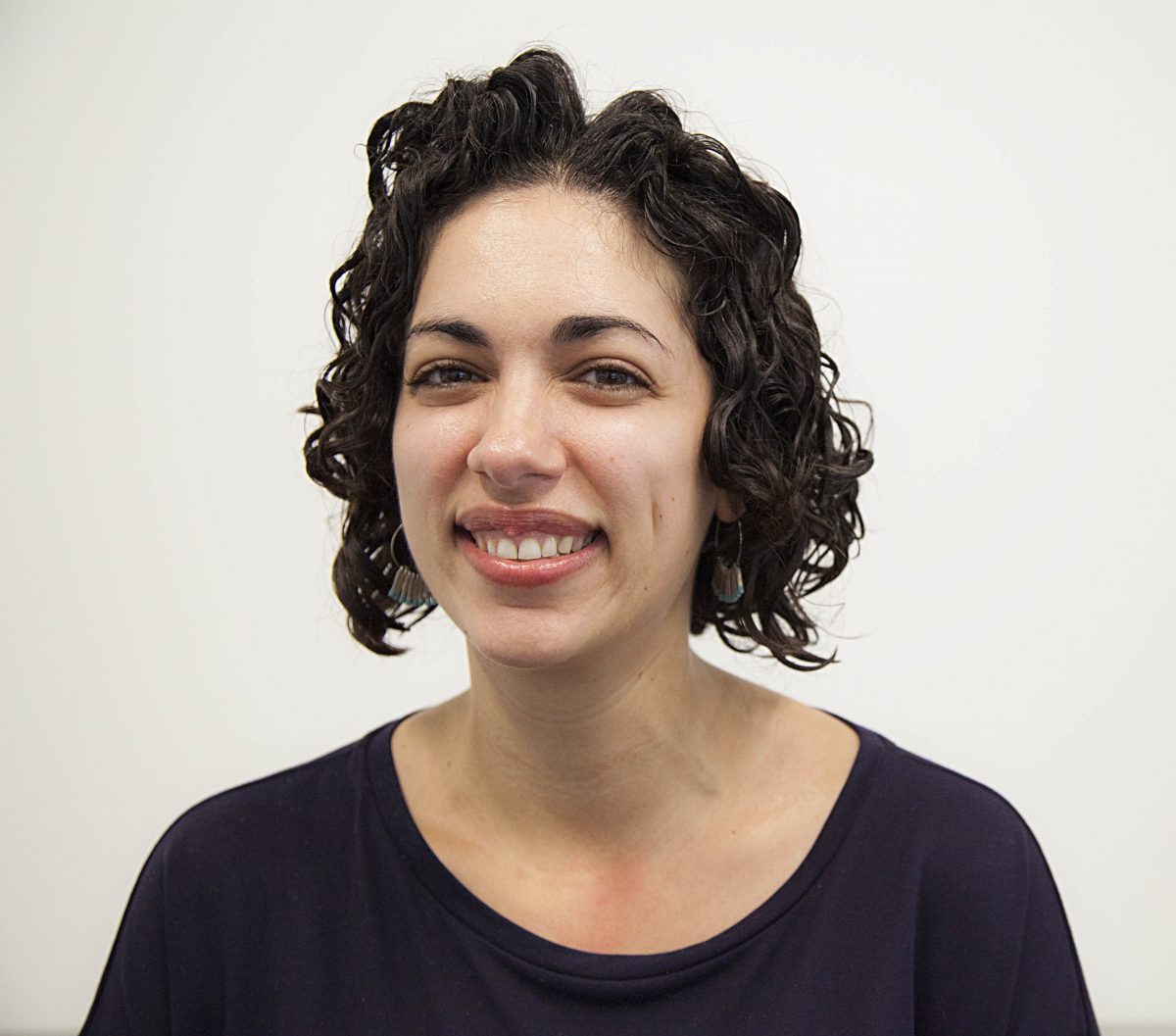 Sarah Gunther is the Director of Philanthropic Partnerships at the Astraea Foundation, where she works to influence philanthropy to better resource LGBTQI rights and racial, economic and gender justice movements, and builds institutional partnerships with foundations and governments. Before taking up this role, Sarah led grantmaking, capacity building and philanthropy advocacy as Astraea’s Director of Programs, including granting $3.5 million annually to grassroots LGBTQI groups in over 60 countries and launching the Intersex Human Rights Fund. Prior to joining Astraea, Sarah led the Africa grantmaking program at American Jewish World Service, where she also played a key role in developing AJWS’s global strategies for LGBTQI rights, trans justice, and sex worker rights. A queer feminist with a decade of experience in social justice grantmaking, Sarah is passionate about getting resources in the hands of frontline LGBTQI activists and transforming philanthropy to align with their visions. She holds a B.A. in feminist, gender, and sexuality studies and African American studies from Wesleyan University and a M.A. in human rights studies from Columbia University. 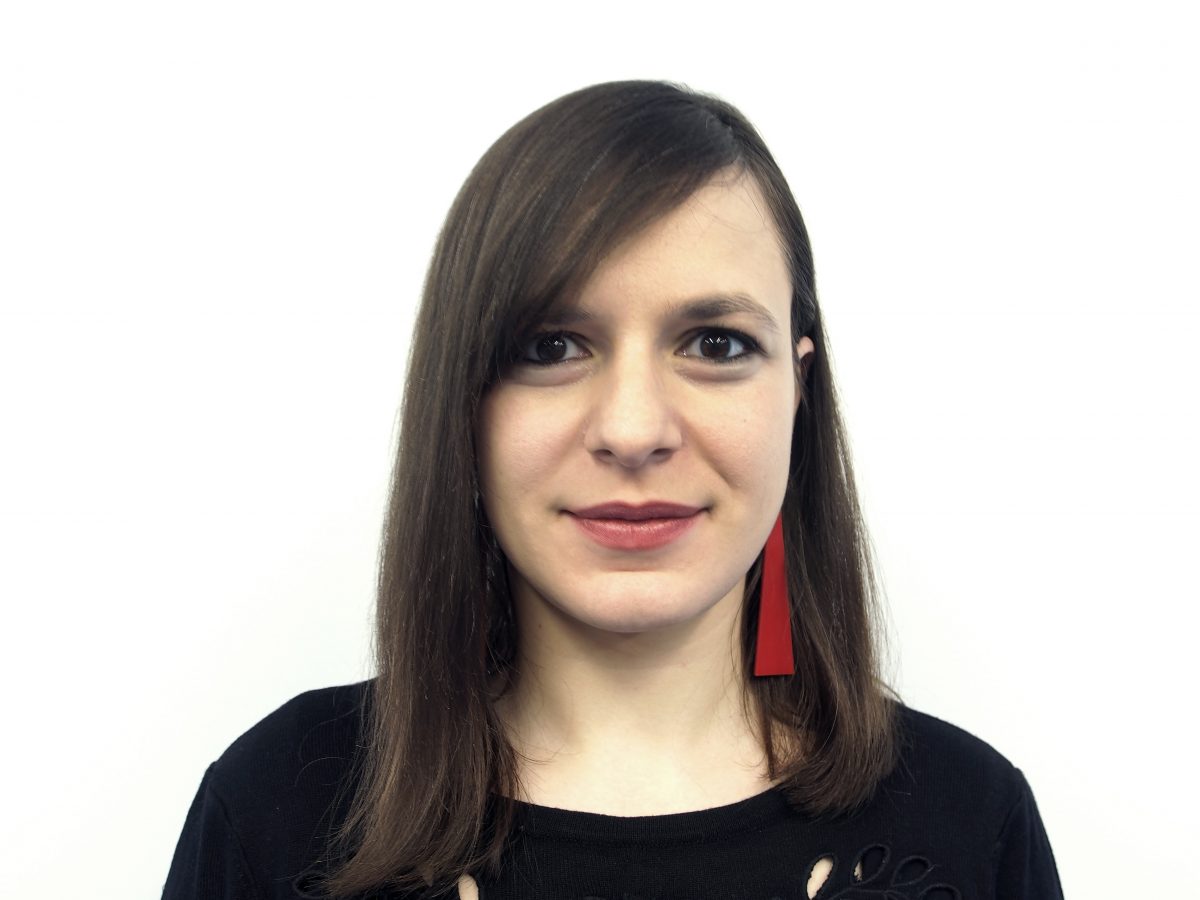 Mariam is a queer feminist activist from Tbilisi, Georgia with 10 years of experience in the field of LGBTQI and women’s rights. During her teenage years she developed a passion for issues related to gender and sexuality, which since then have been fueling her work, education, and activism. Mariam came to the feminist movement from the LGBTQI organizing as her first experiences of grassroots activism are related to her deep engagement with the queer community of Georgia. Throughout her formal professional life, she has spent years either working for or supporting various women’s funds, including Urgent Action Fund, in her current role as a board member, and FRIDA The Young Feminist Fund, as a member of the founding advisory committee. Three years ago Mariam moved to USA to lead Global Fund for Women’s work in Europe and Central Asia during which she has provided support to feminist and LGBTQI organizations throughout the region. Before relocating to the US, Mariam spent six years at Women’s Fund in Georgia, a local feminist foundation, overseeing its grantmaking and fundraising programs. As a grassroots activist, in 2011 she co-founded the Independent Group of Feminists, an autonomous collective run by young activists in Georgia. Mariam holds Master’s degree in Gender Studies from Central European University, Hungary. She has also studied at European College of Liberal Arts in Germany and has lectured for the Gender Studies department at Tbilisi State University. By joining Astraea, Mariam is thrilled by the opportunity to combine her passions about LGBTQI activism, intersectional feminist politics, and social justice philanthropy. 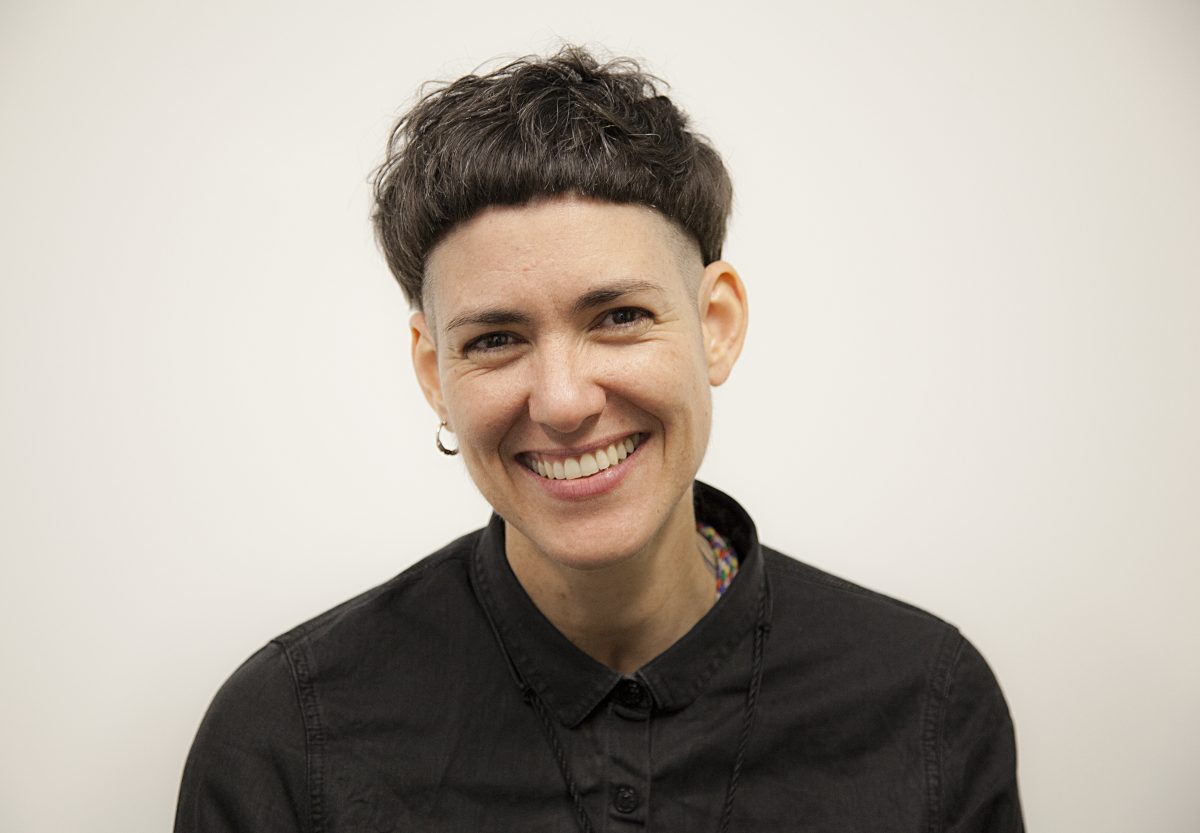 Bridget de Gersigny is a communications professional, queer artist, and community organizer from South Africa. They bring over 15 years of experience in communications to Astraea, having cut their teeth in advertising where they worked as Senior Strategist for major firms like BBDO in the UK and South Africa. In their time working with global brands Bridget was recognised for their ability to develop and implement creative, goal-based, communications and marketing plans, skills that have become invaluable as they direct the communications needs of Astraea. Bridget has a passion for racial and gender justice organizing through the arts. Their artwork has been exhibited internationally, including the Leslie Lohman Museum of Gay and Lesbian Art; NY, The Hessel Museum; NY and Spazzio Morris, Milan. Bridget holds a B.A. (hons.) from the University of Cape Town, a postgraduate certificate from R&Y School of Media and Communications, and an M.F.A. from Bard College, where they were awarded the Director’s Scholarship. They have worked with a number of social justice organizations including Visual Aids and LoveLife and have a deep desire to challenge oppression and bring lasting justice to LGBTQI communities around the world through conversation, new media and storytelling. 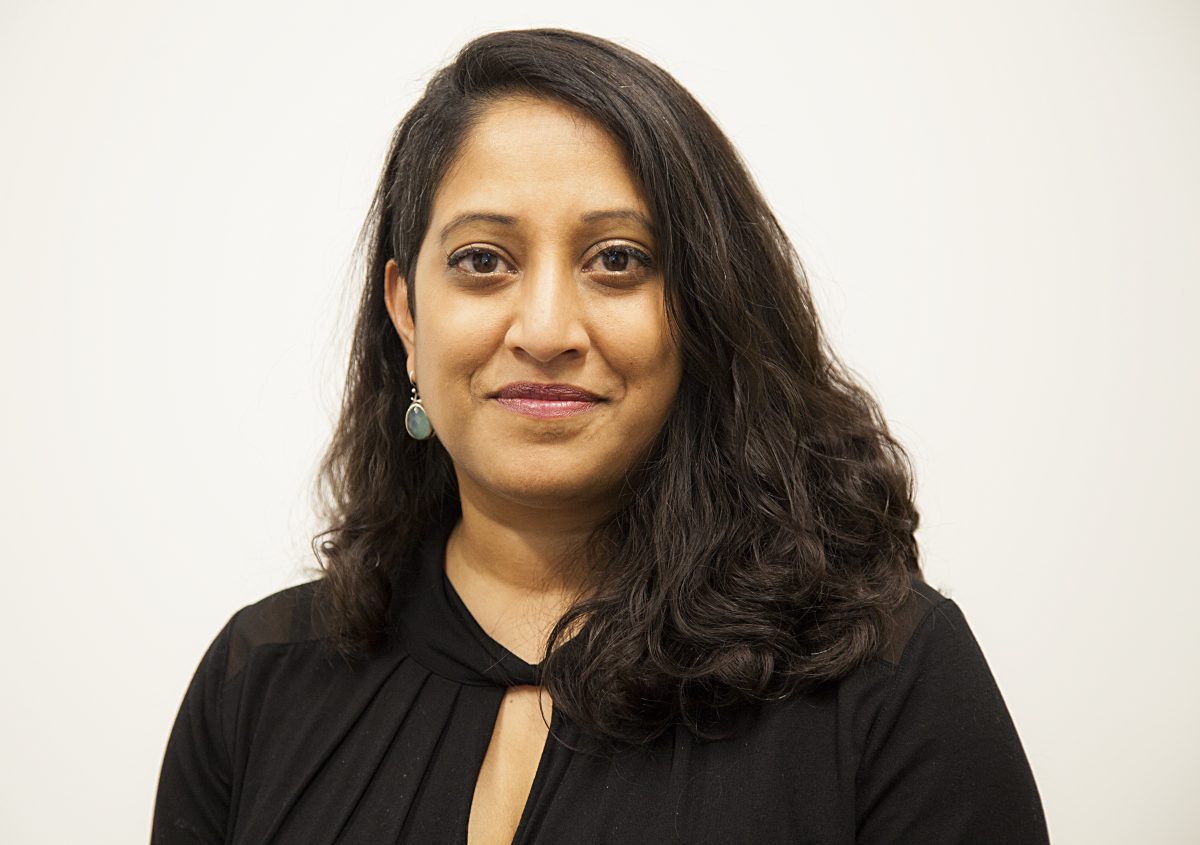 Miabi Chatterji has been participating in and supporting cross-issue movements for justice for more than a dozen years. In the past she has been Co-Director of Grants at Resist, a public foundation with a 45+ year history of funding intersectional social movements, and Senior Program Officer for Astraea’s LGBTQ Racial Justice Fund. She has worked with organizations such as Manavi for South Asian Women, UAW Local 2110, Restaurant Opportunities Center NY, and received much of her formative political training through Youth Solidarity Summer, a (now on hiatus) inter-generational collective of South Asian activists in the New York area creating youth political education. Miabi has a PhD in American Studies from NYU, where she studied and taught in the fields of race, gender, sexuality, labor, and immigration. She is a dogless dog-lover, has become terribly dependent on hot sauce of all kinds, and loves working with data to make everyone’s experiences with Astraea better and smoother. 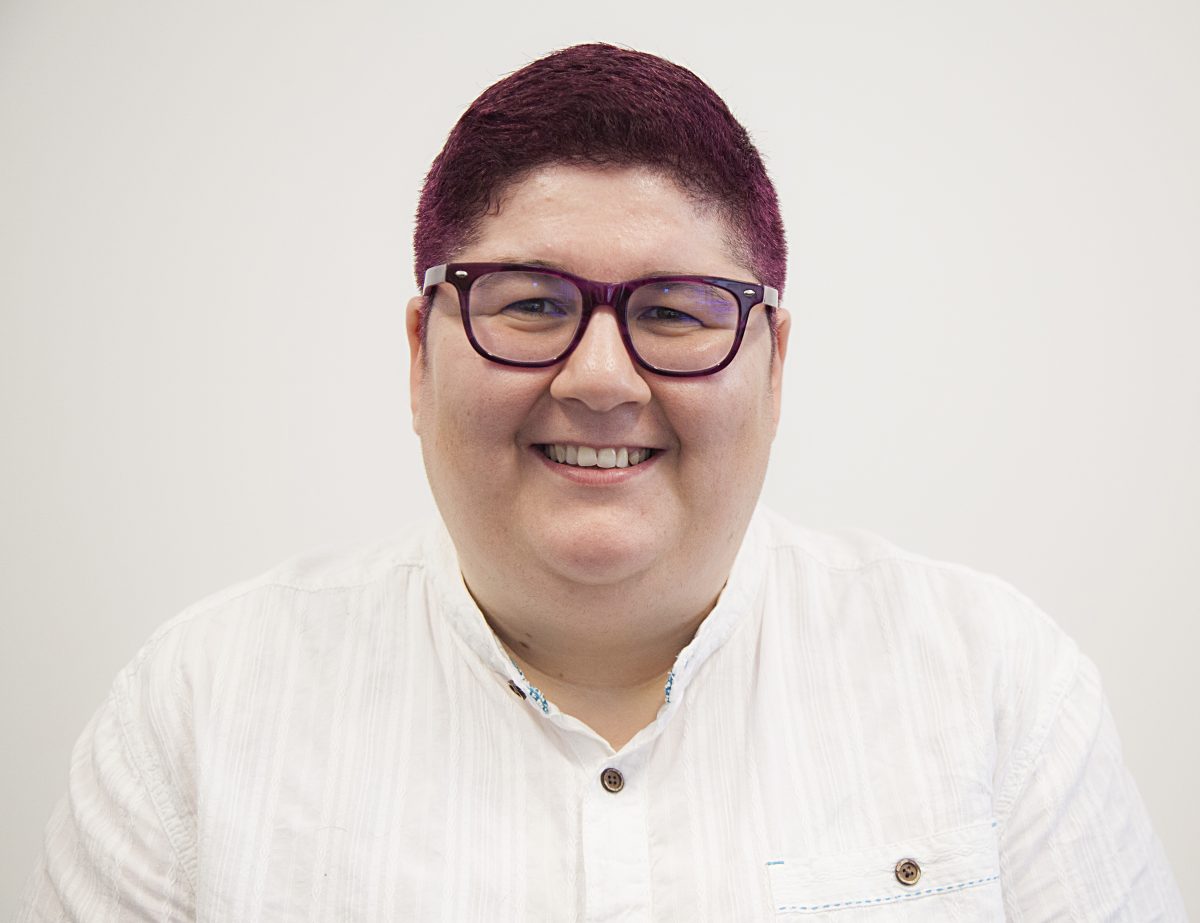 Ruth Baldacchino is from Malta and has extensive experience in community organising, international LGBTIQ activism and LGBTIQ research. Their human rights work started with the Malta Gay Rights Movement, where Ruth served on the Executive Committee for several years. Ruth was elected ILGA World Co-Secretary General in 2014 and has served on a number of boards in the past years including IGLYO, ILGA World and ILGA-Europe. Prior to joining Astraea, Ruth worked at the Maltese Ministry for Civil Liberties in the areas of human rights and integration, where they were actively part of the process towards the passing of the groundbreaking Gender Identity, Gender Expression and Sex Characteristics Act, and strategies/policies on trans and intersex students and migrants’ integration in Malta. They have been closely engaged with intersex activists, particularly through the co-facilitation and coordination of ILGA’s International Intersex Fora, for the past 4 years. Ruth holds an M.A. in Women’s Studies from University College Dublin and a B.A. (Honours) in Sociology from University of Malta. They are a PhD candidate in Sociology/Gender Studies, and lecture Queer Studies at the University of Malta.